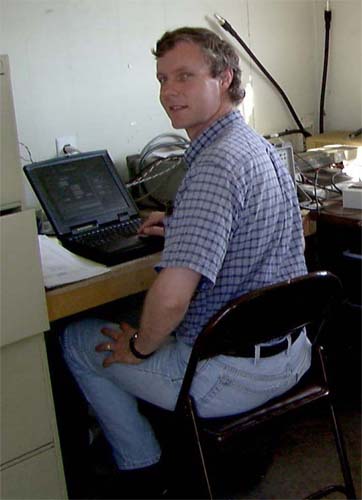 When I talked to Peter at his home a few weeks ago, I asked Peter what he thought his legacy would be. "I think it will be my daughters. I am really proud of them," Peter said. "You know they are very kind and I think that kindness is about the most important human attribute." I think Peter had kindness in him. In the years I worked with him I never once heard him raise his voice or lose his temper. Peter always believed that the facts would speak for themselves and it wasn't necessary to present emotional arguments to support a position. When Peter discovered he had cancer he approached the problem like any other. "A weaker individual would have succumbed to self-pity," wrote Jeanne Mignon. "Peter, true to form, researched and advocated for every possible avenue for cure, remission or delay of the tumor engulfing his system." Peter had a quiet dignity as he faced his condition philosophically. There was a strength in Peter that bordered on divine - you could feel it in his presence.

Death Be Not Proud

Peter Militch was probably the best engineer I ever worked with in my life and he was also one of my best friends. Peter was born in Australia. Peter's father had served in Yugoslavia in WWII and ended up interned in Australia where he became a permanent resident of the country after the war and worked in mining in the outback in Australia.

Peter was born in Leigh Creek, a town of 900 people that was about 200 miles from the next town and 400 miles from the nearest real city. Leigh Creek was a government owned town - the government owned all the houses, "even the pub," said Peter. "There was no television, no radio, and only a couple of phones in the town. A couple of years ago the government figured out that the town lay right over the biggest seam of coal in Australia and bulldozed the town and built a new town for the inhabitants," Peter added. "So the town where I grew up is now a hole in the ground, 3 miles long and half a mile wide."

When Peter was 12 he and his mother and brother moved to Adelaide and lived just a short walk from the beach. Peter learned mechanics and he and his brother and friends loved to soup up go-carts and race them around the streets of the city eluding the police. After Peter graduated from college with a degree in Electrical Engineering he went to work on the Deep Space Network in Canberra, Australia. In 1982, Peter came to the United States after he married Donna and went to work at Bendix Field Engineering as a field engineer supporting NASA's worldwide Ground Network. 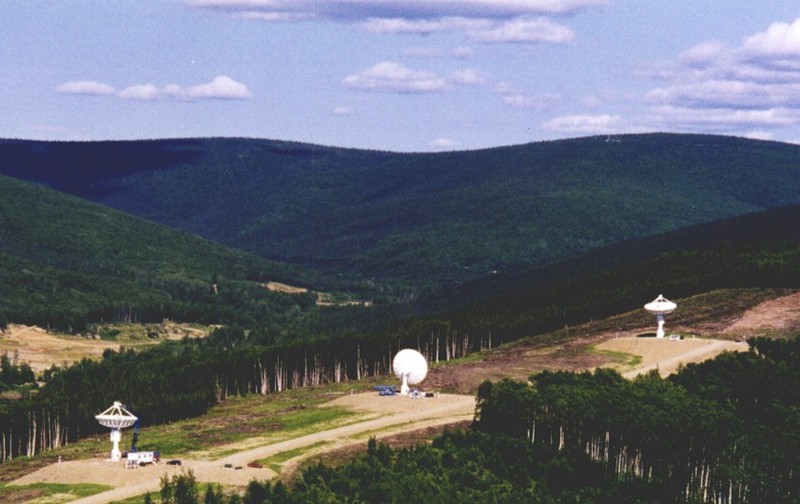 I first met Peter in 1985 and over the years he and I worked together on a number of projects. In 1992 NOAA's GOES weather satellites were at the end of their useful lives and could have failed at any time so NOAA made an agreement with the government of Germany to borrow a Meteosat Weather Satellite as a backup and drift it over from Europe to provide weather coverage for the US's Eastern seaboard. The only problem was that Meteosat was a pretty dumb satellite and had to be in constant contact with a Ground Station to operate so NOAA started a crash program to implement a Meteosat Ground Terminal at Wallops Island Virginia in six months. Peter and I wrote a proposal to build the ground terminal over the Christmas holidays in 1992 and won the job. It was BFEC's first fixed price engineering contract and the project was basically run as a two man project with Peter handling the design and systems integration while I handled the scheduling, budgeting, logistics, and subcontractor management bringing in temporary technicians and installers as we needed them. The key to the project's success was our decision to subcontract the one custom piece of equipment, a KA-Band triplexer to two different waveguide companies. We needed four couplers in all so we awarded a contract for one each to MDL and to M/A-Com with the carrot that we would award the contract for the other two to the first company to finish. Our strategy worked. At the end of the project, we had completed the Meteosat Ground System on schedule and on budget and made 15% profit on BFEC's first fixed price contract.

In the early 1990's the tape recorder for NASA's $450 million Gamma Ray Observatory failed and the spacecraft's capabilities were severely degraded because the quality of the data depended on getting hours long runs of data relayed through TDRS which was impossible because the spacecraft passed through the "zone of exclusion" on the other side of the earth at least twice a day. NASA came up with a radical solution of solving the problem by building a TDRS Ground Terminal in Australia and came to Bendix to help implement it. The TDRS Ground Terminal in White Sands had cost $600 million and took ten years to build but NASA asked us to build a stripped down Ground Terminal, co-locate it at the DSN Station in Camberra Australia and build it in 13 months. The station had be be remote controllable from White Sands and Peter conceptualized and designed the remote control subsystem. We came in on schedule and on budget with a TDRS system that cost $12 million. 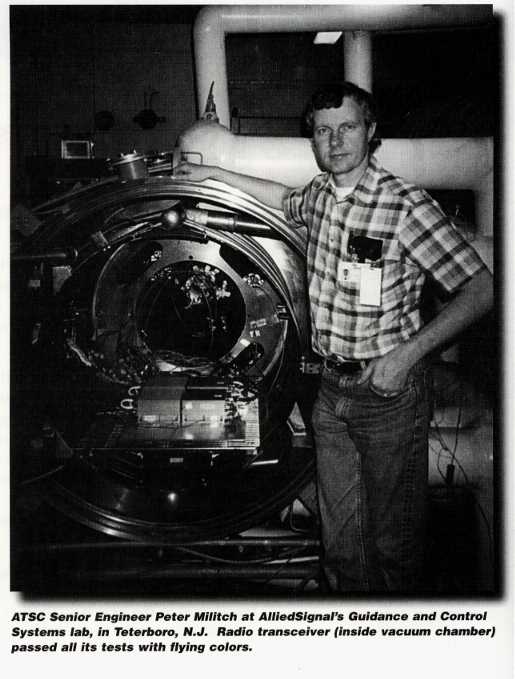 I think Peter's biggest technical challenge was designing and building five radio transceivers to go aboard FAISAT's 2v telecommunications satellite. Each transceiver weighed just over 5 pounds and was the size of a couple of paperback books. "They look for very low level signals coming from the ground at any of the several thousand frequencies, and then process them, decode them, and send them on to the spacecraft computer - all in a matter of milliseconds," said Peter. Each radio unit had three computers executing a total of twelve thousand lines of code in 256 bytes of RAM. Peter led a team that designed and built the radios with less than half a dozen engineers.

But the project that would pay the biggest dividends is one that Peter had dreamed about for ten years - building a fully autonomous satellite ground station that would operate for extended periods of time with little or no human intervention. The station Peter and Mike Anderson built for NOAA at their Fairbanks ground station had a front end with three 13-meter satellite tracking systems operating at L-Band, S-Band and X-Band frequencies. The station included a robust scheduler that permitted remote users to request pass activities for supported missions, built a human-readable control script that tracked spacecraft, received telemetry data, and archived it for post-processing activities. The system Peter designed and installed in Fairbanks became the prototype for a far larger system that would be built later for the DOD.

I once asked Peter if he would ever retire as an engineer and he told me he wasn't sure but he didn't think so. "Working as an engineer is like getting paid for your hobby," Peter said. "Maybe I'll leave the company when I complete my thirty years and do something else in engineering. Maybe I'll go to work for a startup - that would be fun."

But Peter wasn't just interested in engineering. Peter was a voracious reader, going through a book a day and he could discuss any subject intelligently from computer design to history, to cognitive science. His hobbies included riding his motorcycle on cross country trips he made every few years and building an airplane in his spare time - a Cozy Mark IV #740 that he had spent three years on, completing the nose, spars, and beginning the wings. 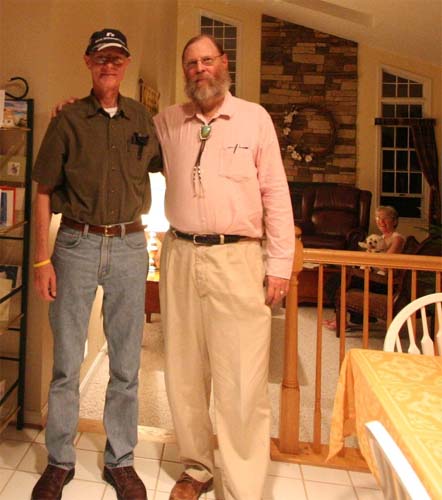 A lot of people don't know that in the 1990's Peter played a large part in mobilizing the citizens of Laurel to prevent Jack Kent Cooke from building a football stadium for his NFL team in the city. "Peter and his group analyzed maps, data and traffic patterns. We often sat until 1 or 2 a.m. preparing a case that amazed even the most cynical developer representatives," wrote Jeanne Mignon. "Peter never complained about the long hours; in fact, as we ate pizza and talked, he seemed quite in his element. Peter is an engineer. He is precise and communicates clearly. He is also wily and determined. His ideas for stymieing our opponents often bordered on brilliance. He foresaw their strategies, their weaknesses and their arrogance."

When I talked to Peter at his home a few weeks ago, I asked Peter what he thought his legacy would be. "I think it will be my daughters. I am really proud of them," Peter said. "You know they are very kind and I think that kindness is about the most important human attribute."

I think Peter had kindness in him. In the years I worked with him I never once heard him raise his voice or lose his temper. Peter always believed that the facts would speak for themselves and it wasn't necessary to present emotional arguments to support a position. When Peter discovered he had cancer he approached the problem like any other. "A weaker individual would have succumbed to self-pity," wrote Jeanne Mignon. "Peter, true to form, researched and advocated for every possible avenue for cure, remission or delay of the tumor engulfing his system." Peter had a quiet dignity as he faced his condition philosophically. There was a strength in Peter that bordered on divine - you could feel it in his presence.

After his long struggle with cancer Peter died at his home in Laurel, Maryland on May 15 in the arms of his wife Donna who was devoted to Peter's care. Peter is survived by his wife and two daughters and by his mother, father, and brother in Australia.

I will miss Peter and think about him every day for the rest of my life.

(Next) The three 13-meter antennas that Peter installed at NOAA's Fairbanks station. Take a good look - those tiny objects at the base of the antennas are pickup trucks.

(Next) Peter tests his spacecraft transceiver in a chamber at Teterboro in 1997.

(Bottom) A photo my wife took of Peter and me at his house in October 2007 before Peter underwent his last course of chemotherapy. Donna is sitting in the background.

When this story was posted in June 2008, this was on the front page of PCOL:

This story has been posted in the following forums: : Headlines; COS - Peru; Engineering