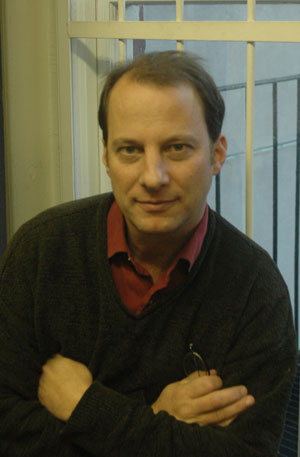 Obama, whatever the idealistic yearnings of his admirers, has turned out to be a cold-eyed, shrewd politician. The same pragmatism that prompted him last month to forgo public financing of his campaign will surely lead him, if he becomes President, to recalibrate his stance on Iraq. He doubtless realizes that his original plan, if implemented now, could revive the badly wounded Al Qaeda in Iraq, reënergize the Sunni insurgency, embolden Moqtada al-Sadr to recoup his militia’s recent losses to the Iraqi Army, and return the central government to a state of collapse. The question is whether Obama will publicly change course before November. So far, he has offered nothing more concrete than this: “We must be as careful getting out of Iraq as we were careless getting in.” Journalist George Packer served as a Peace Corps Volunteer in Togo.

In February, 2007, when Barack Obama declared that he was running for President, violence in Iraq had reached apocalyptic levels, and he based his candidacy, in part, on a bold promise to begin a rapid withdrawal of American forces upon taking office. At the time, this pledge represented conventional thinking among Democrats and was guaranteed to play well with primary voters. But in the year and a half since then two improbable, though not unforeseeable, events have occurred: Obama has won the Democratic nomination, and Iraq, despite myriad crises, has begun to stabilize. With the general election four months away, Obama’s rhetoric on the topic now seems outdated and out of touch, and the nominee-apparent may have a political problem concerning the very issue that did so much to bring him this far.

Obama’s plan, which was formally laid out last September, called for the remaining combat brigades to be pulled out at a brisk pace of about one per month, along with a strategic shift of resources and attention away from Iraq and toward Afghanistan. At that rate, all combat troops would be withdrawn in sixteen months. In hindsight, it was a mistake—an understandable one, given the nature of the media and of Presidential politics today—for Obama to offer such a specific timetable. In matters of foreign policy, flexibility is a President’s primary defense against surprise. At the start of 2007, no one in Baghdad would have predicted that blood-soaked neighborhoods would begin returning to life within a year. The improved conditions can be attributed, in increasing order of importance, to President Bush’s surge, the change in military strategy under General David Petraeus, the turning of Sunni tribes against Al Qaeda, the Sadr militia’s unilateral ceasefire, and the great historical luck that brought them all together at the same moment. With the level of violence down, the Iraqi government and Army have begun to show signs of functioning in less sectarian ways. These developments may be temporary or cyclical; predicting the future in Iraq has been a losing game. Indeed, it was President Bush’s folly to ignore for years the shifting realities on the ground.

Obama, whatever the idealistic yearnings of his admirers, has turned out to be a cold-eyed, shrewd politician. The same pragmatism that prompted him last month to forgo public financing of his campaign will surely lead him, if he becomes President, to recalibrate his stance on Iraq. He doubtless realizes that his original plan, if implemented now, could revive the badly wounded Al Qaeda in Iraq, reënergize the Sunni insurgency, embolden Moqtada al-Sadr to recoup his militia’s recent losses to the Iraqi Army, and return the central government to a state of collapse. The question is whether Obama will publicly change course before November. So far, he has offered nothing more concrete than this: “We must be as careful getting out of Iraq as we were careless getting in.”

Obama’s advisers have been more forthcoming. Samantha Power, before she resigned from the campaign for making an indiscreet remark about Hillary Clinton, told the BBC, “He will, of course, not rely upon some plan that he’s crafted as a Presidential candidate or a U.S. senator. He will rely upon a plan—an operational plan—that he pulls together in consultation with people who are on the ground.” Last month, the Center for a New American Security, which has become something like Obama’s foreign-policy think tank, released a report that argued against a timetable for withdrawal, regardless of the state of the war, and in favor of “conditional engagement,” declaring, “Under this strategy, the United States would not withdraw its forces based on a firm unilateral schedule. Rather, the time horizon for redeployment would be negotiated with the Iraqi government and nested within a more assertive approach to regional diplomacy. The United States would make it clear that Iraq and America share a common interest in achieving sustainable stability in Iraq, and that the United States is willing to help support the Iraqi government and build its security and governance capacity over the long term, but only so long as Iraqis continue to make meaningful political progress.” It’s impossible to know if this persuasive document mirrors Obama’s current thinking, but here’s a clue: it was co-written by one of his Iraq advisers, Colin Kahl.

A “conditional engagement” policy is a much better fit for the present situation in Iraq. It would keep the heat on Iraqi politicians, whose willingness to reach compromise on issues like oil revenues, provincial elections, de-Baathification, and power sharing still lags well behind the government’s recent military successes. It would allow for a phased withdrawal of most troops, depending on political progress and on the performance of the Iraqi Army. This, in turn, would ease the pressure on the American military and answer the rightful disenchantment in American public opinion. There will be no such thing as victory in Iraq, but the next President, if he remains nimble, may be able to keep the damage under control.

The politics of the issue is tricky, because acknowledging changed ideas in response to changed facts is considered a failing by the political class. Accordingly, Obama, on the night that he proclaimed himself the nominee, in St. Paul, made a familiar declaration: “Start leaving we must. It’s time for Iraqis to take responsibility for their future.” His supporters claim that the polls are with Obama, that war fatigue will make Iraq a political winner for him in November. Yet, as exhausted as the public is with the war, a candidate who seems heedless of progress in Iraq will be vulnerable to the charge of defeatism, which John McCain’s campaign will connect to its broader theme of Obama’s inexperience in and weakness on national security. The relative success of the surge is one of the few issues going McCain’s way; we’ll be hearing about it more and more between now and November, and it might sway some centrist voters who have doubts about Obama.

Obama has shown, with his speech on race, that he has a talent for candor. One can imagine him speaking more honestly on Iraq. If pressed on his timetable for withdrawal, he could say, “That was always a goal, not a blueprint. When circumstances change, I don’t close my eyes—I adapt.” He could detail in his speeches the functions that American troops and diplomats can continue to perform even as our primary combat role recedes: training and advising, counterterrorism, brokering deals among Iraqi factions, checking their expansionist impulses, opening talks with our enemies in the region. He could promise to negotiate all this with Iraqi leaders, emphasizing the difference between a relationship that respects the wishes of the public in both countries and one in which Iraqis are coerced into coöperation. If Obama truly wants to be seen as a figure of change, he needs to talk less about the past and more about the future: not the war that should never have been fought but the war that he, alone of the two candidates, can find an honorable way to end.

This story has been posted in the following forums: : Headlines; COS - Togo; Writing - Togo; Journalism; Election2008 - Obama; Iraq