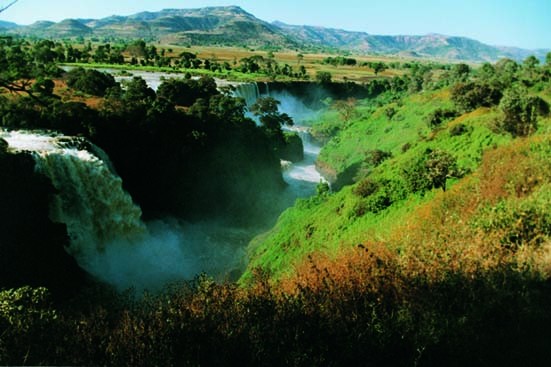 “We’re Kennedy kids,” said Bob Parish, referring to his and Pat’s response to President John F. Kennedy’s call to national service. Bob and Pat met and married while serving in Ethiopia as part of Kennedy’s visionary new world service organization, the Peace Corps. The Parishes, as Returning Peace Corps Volunteers (RPCV), continued to answer that call, at significant risk to their own health, during the aftermath in October 2005 of Hurricane Katrina, the costliest natural disaster in U.S. history.

Pine Cove residents Bob and Pat Parish received the President’s Volunteer Service Award for more than 4,000 hours of lifetime volunteer service on July 24 in Pasadena from Peace Corps Worldwide Director Ron Tschetter, himself a veteran of the Peace Corps in the 1960s.

The award, presented as part of Tschetter’s initiative to recruit baby boomers for Peace Corps service, resulted from President George W. Bush’s formation of the President’s Council on Service and Civic Participation. The Corporation for National and Community Service administers the program and a council of Americans in all walks of life — business, entertainment, sports and academia — select the honorees.

Kennedy’s call to service, issued in his 1961 inaugural address, now recognized by historians as one of the great Presidential speeches, struck resonant chords in Bob, Pat and millions of other young Americans. They said they feel Kennedy’s words are just as important today as they were when the president first spoke them: “If a free society cannot help the many who are poor, it cannot save the few who are rich ... In your hands, my fellow citizens, more than in mine, will rest the final success or failure of our course ... a struggle against the common enemies of man — tyranny, poverty, disease and war itself. The energy, the faith, the devotion which we bring to this endeavor will light our country and all who serve it — and the glow from that fire will truly light the world ... And so, my fellow Americans, ask not what your country can do for you. Ask what you can do for your country.”

The Parishes, as Returning Peace Corps Volunteers (RPCV), continued to answer that call, at significant risk to their own health, during the aftermath in October 2005 of Hurricane Katrina, the costliest natural disaster in U.S. history.

Bob, 65 at the time and living on what he calls “golden time,” had survived multiple operations for colorectal cancer, months in the hospital and the removal of cancerous sections of his intestine. Yet there he and Pat were, on Katrina’s refugee front lines, aiding displaced New Orleans residents at centers in Arkansas, putting in days and nights that would tax significantly younger and optimally healthy people.

Pat, indefatigable and nurturing then as now, was at Bob’s side as equal partner during those long Katrina volunteer hours, just as they had been in Ethiopia four decades ago.

Asked about how it felt to receive the award, Pat said, “It’s sort of embarrassing. Ron Tschetter went over the list of the many things we had done. It felt like being with Ralph Edwards on ‘This Is Your Life.’ It was like my life in review, but it’s not over yet. It’s far from over yet. There’s just a lot of things that have to be done and since we have the time we want to be of service.”

The Parishes expressed gratitude to friends and neighbors in Idyllwild and Pine Cove who help with looking after their home and other everyday matters “so that [we] can go off and do our volunteer work.”

Not ones to rest on past laurels or take victory laps when there is work to be done, the Parishes are trying to sponsor an Ethiopian political refugee, Yetnaye Kebde, 33, for entry into the U.S. “So far, though, we’ve gotten nothing but discouragement from [Congresswoman] Mary Bono’s office. I suppose we’ll have to wait until there is a new administration in Washington to make some adjustments in the Homeland Security policy,” Pat said wistfully.

The Parishes are also involved in a women’s birthing project, in which a Loma Linda physician, Larry Thomas, is helping train midwives to serve in Ethiopia and help ameliorate the tragic number of deaths of mothers in childbirth. “In Africa, the average is one in 19 mothers die in childbirth. In Ethiopia, it’s one in seven,” said Pat.

Noting the 4,000 volunteer hours’ requirement for consideration for the president’s award, Pat said, “I know that we’ve put in a lot more than that.” And, based on the enthusiasm with which she and Bob are discussing new projects, they will continue to volunteer, serve and honor Kennedy’s call. The “energy, faith and devotion” the Parishes have brought to a lifetime of service, more than an award, are living testimony to what Alexis de Tocqueville said best characterizes the American people — their commitment to service.

Marshall Smith can be reached at marshall@towncrier.com.

This story has been posted in the following forums: : Headlines; COS - Ethiopia; Awards; Crisis Corps