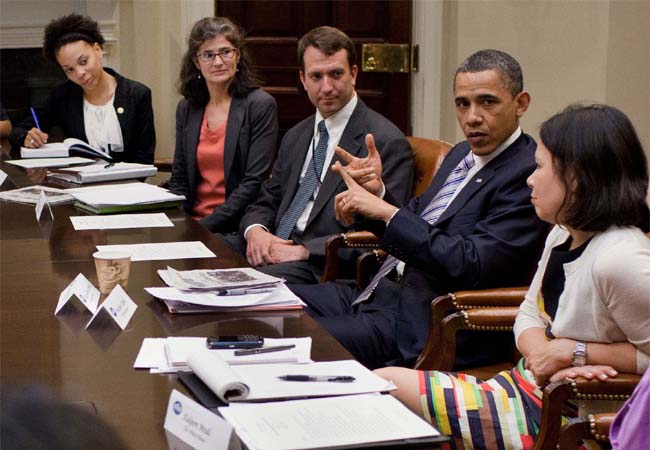 White House Chief of Staff William M. Daley has announced that Honduras RPCV Jon Carson will lead the Office of Public Engagement, filling the vacancy left by Tina Tchen, who became first lady Michelle Obama's chief of staff. Carson's title is Deputy Assistant to the President and Director of the Office of Public Engagement. Carson reports to Valerie Jarrett, Senior Adviser to the President, and his office is next to hers on the second floor of the West Wing.

White House Chief of Staff William M. Daley has announced that Honduras RPCV Jon Carson will lead the Office of Public Engagement, filling the vacancy left by Tina Tchen, who became first lady Michelle Obama's chief of staff. Carson's title is Deputy Assistant to the President and Director of the Office of Public Engagement. Carson reports to Valerie Jarrett, Senior Adviser to the President, and his office is next to hers on the second floor of the West Wing.

On April 15, President Obama met with twelve young leaders from across the country that are in town for Power Shift 2011, a youth clean energy and climate summit being attended by over 10,000 people and seated next to Obama at the meeting is Carson, Deputy Assistant to the President and Director of the Office of Public Engagement. The young leaders described the meeting as positive and expressed excitement about working with the Administration to transition America to 100% clean energy and protect the Clean Air Act. The young people expressed concerns with aspects of Obama's energy policy, particularly ongoing reliance on dirty energy sources like coal, nuclear, and natural gas. The young leaders also voiced concerns about continued subsidies to the fossil fuel industry. The President reminded the young leaders that they have the power to change this country. Grassroots organizing in communities and states will help move our nation on energy and climate.

On June 16, 2008 the Obama campaign announced that Carson had been named national field director for the campaign. The field department focuses on the "on-the-ground" organizing that is required in order to personally contact voters through canvassing, phone calls, and building local events. Voter contact helps construct and clean the campaign's voter file in order to help better target voter persuasion and identify which voters a campaign most wants to bring out on election day. Field is generally also tasked with running local "storefront" campaign offices as well as organizing phone banks and staging locations for canvasses and other campaign events. 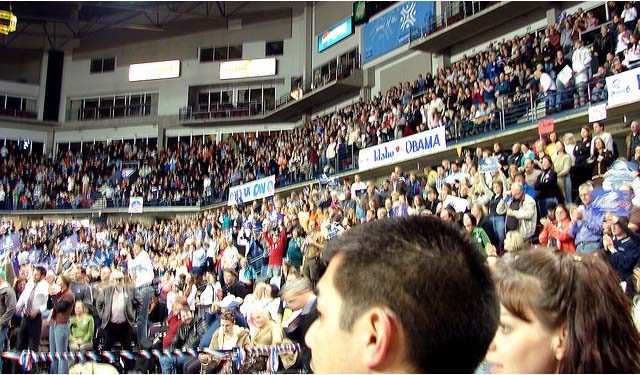 Carson was part of the team that made the decision to go after small caucus states where Clinton had virtually no presence realizing that the cost-per-delegate in caucus states was very low. "I remember the day when we said, ‘'Look at this, we could win more delegates in Idaho than in New Jersey,'" Carson said.

At one point in the general election campaign, David Plouffe, the campaign manager for the Obama campaign, considered stepping down for personal reasons and recommended to David Axelrod, that Carson could fill in for him.

"My wife had decided to leave Chicago and return to Washington in August [2008]," wrote Plouffe in his campaign biography The Audacity to Win, "in order to be with family and old friends for the last months of her pregnancy, and to allow our son to settle into a new hometown and start preschool with the rest of his class. Unfortunately the home we would be moving back into was being renovated, meaning my four-year-old and his extremely pregnant mother would spend two months staying with various Mends and family, hoping the house would be ready before the baby came. I knew it would be tough and I couldn't stomach not being there to help. Barack was not happy with my decision. He had come to lean on me and we had developed a solid relationship. There was also a comfort factor; with everything else Obama needed to do. he did not want to have to adjust to a new manager to boot."

"I thought perhaps Jon Carson, who had masterfully managed our slate operations in the primary, could step in. I tried to get Ax's approval on this, and he shrugged his shoulders. ‘Sure, Carson would be great. But you're not going to leave as manager. Obama simply won't allow it.' Barack told me to hire as many people as I wanted to help ease the load but insisted I stay in place as manager, driving and making big decisions as others handled more execution. "I just want to know you are managing the process," he said, "and ultimately making the big strategic decisions. And I want to keep the relationship you and I have had, talking through everything every day." 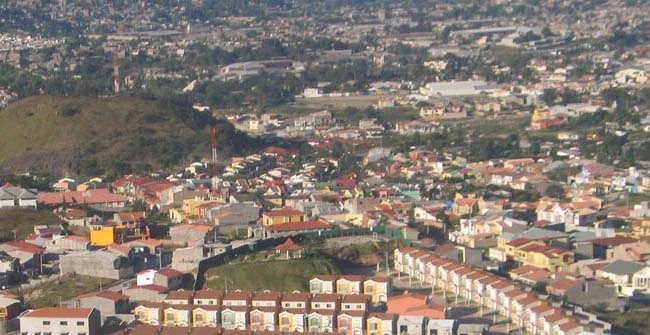 Carson lived and worked in southern Honduras in the city of Choluteca (above). Carson worked for Action Against Hunger and Plan International, both international NGO's that work with water and sanitation. While in the Peace Corps, Carson conducted topographic surveys, designed small-scale potable water systems and organized a class on topographic surveying for local Hondurans who work in water and sanitation. Carson was able to acquire donated surveying equipment from Wisconsin to help local residents better access drinking water.

Carson says his Peace Corps experience helps him in politics because he recognizes that he speaks Spanish "like a gringo" so "knowing his limitations while communicating his intentions, serves as a metaphor for his approach" to communications in politics.

Carson was born in Chaseburg, Wisconsin, a village in Vernon County, with a population of 306, located about 15 miles southeast of La Crosse, Wisconsin, the nearest large city with a population of 50,000. Carson was born in the mid-1970's and grew up on his family's farm outside of Chaseburg. Carson's father, Glenn Carson, was a member of the Westby School Board for 15 years.

Carson majored in civil engineering at University of Wisconsin-Platteville graduating in May, 1998. Carson minored in Spanish and spent a semester studying in Spain. While at Platteville Carson got involved with tuition issues and was eventually elected President of the student senate. Carson said in 1997 during his senior year in college that he was aiming at a career that would combine political skills with environmental engineering. "I'd love to be a negotiator at something like the global warming conference that's going on in Kyoto, Japan," said Carson. Carson wrote his application essay for a Rhodes Scholarship about environmental issues and politics and his interviewers in Madison asked him to compare the effect of politics on the ozone crisis and on global warming.

Read the complete biography of Jon Carson that we have been compiling for the past two years at "Research and Ideas."

This story has been posted in the following forums: : Headlines; COS - Honduras; Politics; Obama

Order Making Peace with the World, a commemorative book celebrating the 50th anniversary of Peace Corps, at Other Places Publishing: http://www.otherplacespublishing.com/mpwtw.html

A portion of publisher proceeds from this title will go to Peace Corps projects around the globe.

(Ideas: Order a copy of the book for yourself, order a copy as a gift for family and friends, order a copy for a person who might be interested in becoming a Peace Corps Volunteer, order a copy to donate to your local library, high school library or college library).

Richard discovered that the values President Kennedy had imagined for the Peace Corps in his famous 1960 speech at the University of Michigan continue to be evident in the organization today. However, the Volunteer has evolved over the years.

Volunteers today are no longer required to conform to the stereotypical image of young idealists giving up their comfortable lives to live in a grass hut. Rather, Richard discovers Volunteers are using modern technology, such as laptops and cell phones, to not only enrich their experience, but to impact their community as well. He sees how retired professionals bring years of experience and knowledge to their organizations. And how, as it always has been, Volunteers are changing lives while being forever changed themselves.

This is the story of Peace Corps and its Volunteers, fifty years after conception.

Help the author recover his costs by donating to his campaign on: