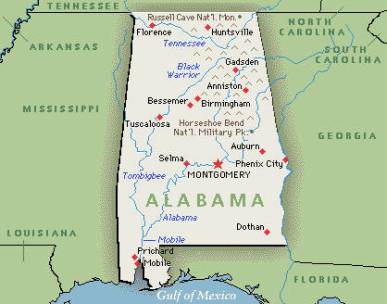 One day after Tommy Ed Roberts announced he would not seek re-election to his state Senate District 3 seat, Decatur attorney Arthur Orr confirmed that he wants the job.

Republican Orr said Wednesday that he is filing papers to run and will hold an official campaign kickoff later.

"As I have talked with people, not only in the district, but also in Montgomery, about my potential candidacy, the positive response has been absolutely overwhelming," said Orr.

"I believe Alabama is ready for a change."

Roberts said he announced he would not seek re-election to give people interested in the seat an opportunity to organize a campaign before 2006. The Hartselle Democrat assumed the Senate seat in 1994. He also served two terms in the House.

Orr formed an exploratory committee in March to assess public perception of his candidacy for the post and said then that he would decide before the June 6 date to start raising campaign funds.

General counsel for Cook's Pest Control, Orr is a former country director and staff attorney for Habitat for Humanity.

With Habitat, Orr developed and directed national programs in Bangladesh and Malaysia. He served as staff attorney in Asia and the Pacific region. Prior to his Habitat service, Orr was in the Peace Corps in Nepal and taught English at The University of Alabama.

Orr graduated from Wake Forest University and received his law degree from The University of Alabama.

The Decatur native is president of the Community Foundation of Greater Decatur and the Calhoun College Foundation Board. He is a director of the Wake Forest University National Alumni Council.

This story has been posted in the following forums: : Headlines; COS - Nepal; Politics; State Government