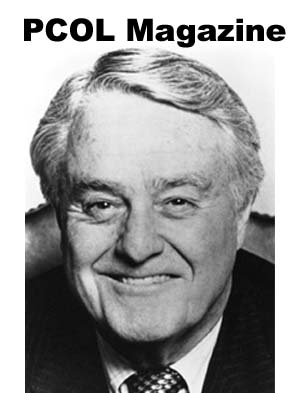 This series is arranged into four subseries: Correspondence, Writings, Trip File, and Subject File. Correspondence mainly focuses on individual events and subjects such as Sargent Shriverĺs appointment as director of the Peace Corps, and also includes specific forms of communication such as ômemorandums to the President.ö Most of Writings consist of speeches, but there is a small section of articles by and about Shriver. Trip File and Subject File contain information on major trips Shriver took to Africa, Europe, Asia, and South America as well as reports on early Peace Corps projects. The bulk of the material in this series ranges from 1961 to 1966, although small portions go as late as 1968. Researchers should see Series 3. Office of Economic Opportunity for overlapping speeches, correspondence, and research materials.


Series 2.1. Correspondence, 1961-1968.
About 3,200 items.
Arrangement: alphabetical by subject.
This subseries primarily contains correspondence between Sargent Shriver, his office, and volunteers, staff, and the public about Peace Corps administration and policy. There are two large sections on Shriverĺs appointment and departure as director, as well as several folders containing memorandums to President Kennedy and President Johnson that outline Peace Corps policy and staff selections. Materials in the Justice Department folders, while not specifically about the Peace Corps, are illustrative of letters written to Shriver because of his connections as director. Most of the correspondence went through Shriverĺs assistant, Mary Ann Orlando. Other correspondents include: Bill Moyers, Dean Rusk, Harris Wofford, Bill Haddad, Presidents Kennedy and Johnson, and Edward Heffernan.

Series 2.2. Writings, 1964-1967.
About 1,000 items.
Arrangement: by type, thereunder chronological.
This subseries includes speeches, correspondence, interviews, and other written works by Sargent Shriver. Shriver delivered over one hundred speeches as director of the Peace Corps, ranging from large university commencement ceremonies to small luncheon talks. The speeches concern connecting college students to foreign service and developing support for overseas projects. The original arrangement of the materials has been retained, and the folders usually contain an actual copy of the speech as well as supporting correspondence, schedules, note cards, photographs, articles, and news clippings, though in some cases a transcript of the speech is not included in the folder. There is also a small section of supporting speech material such as reports on Peace Corps volunteers, invitations to speak, and other jokes, quotes, and generalized templates used directly in the speeches. The folders about Shriverĺs book, Point of the Lance, include thank you letters, responses, and a partial galley proof. Several interviews on Meet the Press during the early and middle stages of the Peace Corps are included in the final section.

This story has been posted in the following forums: : Headlines; Directors - Shriver; Libraries