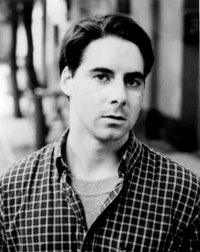 Drifting along the Yangtze

Is China the sleeping giant that is due to awaken?

According to sources like Economist and Wall Street Journal, China is the next great economic frontier. But what of the communistic form of government? How do strict government controls jive with capitalism at the gate? (Or over the Great Wall, so to speak.) What of the Taiwan issue? Maybe we better pay attention.

Peter Hessler certainly did. Though his "River Town: Two Years on the Yangtze" is classified as a teacher's memoir or as a travel log, read it more closely and you find some powerful political and personal commentary. After spending two years living and working in China, Hessler had ridden a roller coaster of emotions. He hit the highs with his relationships with Chinese people. He was brought low, physically and emotionally, by the stresses inflicted as an offshoot of Beijing policy.

"River Town" came to me from two entirely different sources in the matter of a week. That oddly coincidental introduction to the book led to what proved to be a completely satisfying read. It's a book that will be gifted many times over for a variety of reasons.

Foremost, Hessler touched my teacher's heart. Hessler spent two years in the city of Fuling in the province of Sichuan where he taught English at a teacher's college. After earning an undergraduate degree at Princeton and a master's degree at Oxford, Hessler decided to continue his education in China by learning Chinese, learning how to teach, and giving himself the opportunity to learn to be a writer. He got in and found a position through the Peace Corps — referred to as "Friendship Hands" because the Chinese government loaded "Peace Corps" with a rash of anti-American pejorative.

Appropriately enough a student recommended "River Town" late last fall. Sherry is a delightful friend and former middle-school student who, now in her senior year of high school, returned to me to mentor her honors project. In middle school, Sherry did a remarkable research project that analyzed how China can meet its goals with the education available to the majority of its citizens. Four years later, Sherry is examining how English is taught in China and again — if the level of education can meet China's stated goal to have the majority of the population speaking English by 2008 — in time for the Beijing Olympics. "River Town" was a book that influenced her work years ago and which she referred back to in this current study.

Within the week another friend — in this case a teacher — mentioned the title. Chuck is a recently retired college professor who spent a year in China teaching English. He said "River Town" helped prepare him for not only the teaching stint, but helped him better understand the Chinese culture as well. Chuck knew of the book from Hessler's father who taught with him at the University of Missouri.

Though I borrowed the book from the library, I realize that this is one that belongs in my home library. Hessler is not only a great storyteller, he is a thoughtful man. His deep affection for and admiration of the Chinese people is juxtaposed with his impatience with the Chinese political system. It is impressive that he maintains equilibrium of emotions — in his day-to-day dealings and in his written accounts.

Hessler's Princeton background shows: "Princeton in service to the nation and ton the world." His objective is to teach English — the language and literature — to aspiring teachers. Most of his students were the sons and daughters of laborers and farmers — some peasant farmers. Several of these students became close friends.

As much as his students want to be fluent in English, Hessler wants to know the language and culture so well that he can blend into the land — or as well as a tall, white guy can blend in. His accounts of the first year are rich with the excitement and utter confusion of living deep inside China.

He is a long-distance runner and, until the city's pollution wracks his lungs and sinuses, Hessler runs up White Flag Mountain which towers over the town in order to empty his mind of the linguistic dissonance clanging in his head. In that first year, Hessler is reminded daily how much he does not know.

Then one day, after months of tutoring and living as close to the culture as possible, Hessler found he could read every character on the billboard that marked the first mile of his run. What had looked for so long to him like a text in code now was perfectly understandable. Hessler began to feel at home.

But China is a lot more than Fuling and the Yangtze is a very big river. So Hessler takes his vacation time to travel, first in one direction and then the other, on the river and beyond. He discovers "Chinese" is a relative term. Though the Uighurstan of Turkistan on the far northwest border are under the control of China, these Muslims are more foreign to China than is Hessler. He ponders China's relationship with anyone other than Chinese and realizes that the Chinese are not very good colonizers. "They have trouble considering a non-Chinese point of view," he noted, and the Uighur people definitely are not Han Chinese. Hessler finds he is treated there as doubly foreign — his very Caucasian face spouts Chinese — and he was happy to turn back into China, even though there was another 1,000 miles to go to the western border.

Hessler is a masterful storyteller. He must have kept excellent journals, as the book is rich in details of weather, foods, and nuances in relationships. His harrowing tale of a 50-hour train ride — the last one he attempts — is equally funny as it is grim. Though the reader is immersed in the moment, Hessler's voice is objective. We are with him, re-living the story but with a much deeper perspective than an in-the-moment allows.

One of every 50 people on earth comes from Sichuan. The crowds and the incredible noise of Fuling initially overwhelmed Hessler. In his second year when his father comes for a 10-day visit, Hessler is reminded of his initial reactions and the adjustments he made over the course of many months. Hessler has to admit his dad is able to do in a week what took him several months to achieve.

Hessler's two years on the Yangtze in the late 1990s correspond to the hand-over of Hong Kong (that was a big moment in China!), and an easing of some controls. For instance, Beijing controls the time in China, and did control the weather. The time is always Beijing time, even thousands of miles west. During Hessler's stay the Beijing news stations began reporting the actual temperature — heralded as a breakthrough in truth by the Chinese people. Though this all sounds so odd to us, there were practical underpinnings. Government policy closes businesses if the temperature goes above 35 C (95 degrees). Therefore, the official temperature never was more than 35 C.

"River Town" is quite a find. As China is edging toward the first-world status she craves, we need to see this complex society from within. Since, as Hessler discovered, the Chinese are not good at baring their souls to outsiders, we should take advantage of the insights shared by an outsider who made his way deep into China.

Joan Ruddiman, Ed.D., is a teacher and friend of the Allentown Public Library.

This story has been posted in the following forums: : Headlines; COS - China; Writing - China