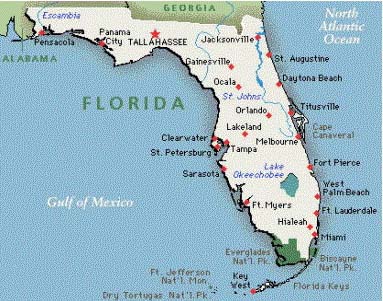 PHOTOS BY CHRIS CUTRO / FOR THE MIAMI HERALD

For more than 45 years the Peace Corps has been making a difference in countries around the world as goodwill ambassadors who help with concerns like HIV and advancing programs for the betterment of countries most Americans never see. Potential applicants from South Florida congregated at Borders Books & Music in Aventura last week to learn more about this once-in-a-lifetime opportunity.

Peace Corps recruiter Tricia Gorland Siaso, of Atlanta, told applicants what to expect during the selection process and the 27 months of a volunteer's service.

Siaso, 31, views South Florida as one of the more unique and successful places in the Southeast to find quality applicants. After all, past volunteers living here include luminaries such as University of Miami President Donna Shalala.

''It's probably the most diverse place I recruited in,'' said Siaso, who has been with the Peace Corps since 1998, when she began her assignment in Western Samoa.

''It's all different age groups, nationalities and cultures,'' she added. ``I love meeting the people who lived in countries that maybe were Peace Corps countries and became U.S. citizens, and then wanted to join the Peace Corps because they wanted to serve as an American. You really don't get that in other areas.''

The Peace Corps' website, peacecorps.gov, said the federal agency traces its roots and mission to 1960, when then Sen. John F. Kennedy challenged students at the University of Michigan to serve their country in the cause of peace by living and working in developing countries.

Fort Lauderdale resident Kelly Fitzgerald, 61, spent 20 years as a guardian of the elderly. She is hoping to transfer her energy to another facet of service, representing the United States in places like South America.

''Before I get elderly myself I am ready for a big change,'' Fitzgerald said. ``If I were accepted and did serve two years, then I'm very interested in Crisis Corps, [which works with relief efforts] and can continue beyond that.''

Much like Fitzgerald, Joe Narvaez, 24, held the dream of joining the Peace Corps throughout his years at Loyola University in Chicago. He earned a degree in communications with minors in philosophy and computer science. He now lives in Miami Beach.

He is Siaso's nominee for entrance in the Peace Corps, but the screening continues, including a thorough medical exam. ''When I found out about Peace Corps I wanted to join immediately,'' Narvaez said. ``I wanted to travel and give to a community.''

Narvaez's family is concerned about his possible work in troubled areas, such as Africa, because of the continent's image on TV.

Despite danger that might await him if he is accepted into the Peace Corps, he believes he is willing to take the chance in order to make the world better. His mother has seen his selfless ambition over the years and his will to contribute to the greater good.

''Ultimately her happiness is important to me, and in the end she supports me,'' Narvaez said.