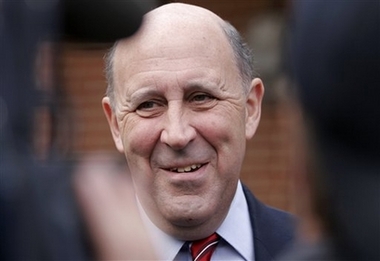 The contest has been a battle of attack ads, charges of corruption, fights over campaign donations and debates over jobs and stem-cell research.

In addition to being a rough campaign, the race was also expensive.

According to the Wisconsin Democracy Campaign, the final cost for the race will break the $30-million mark and be the most expensive governor's race in Wisconsin history.

Millions of dollars were spent on advertising, with more than a third coming from independent groups attacking one candidate or the other.

Mike McCabe, who heads the Democracy Campaign, said that the race devolved into two candidates trying to prove who is the bigger crook.

Both men's polling numbers might have played a factor. Doyle's popularity rankings have consistently been around 50 percent or less, while Green came to the race as a member of an unpopular Congress. Since both were vulnerable to attack, that's the road the campaigns took, political observers said.