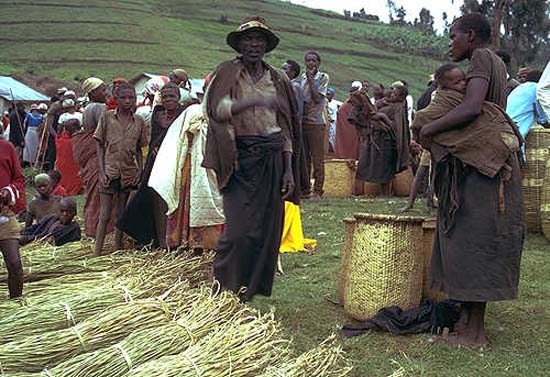 TEACHERS' WORKSHOP DEFINES GENOCIDE
Jun 3, 2005 - Palm Beach Post
World leaders may fiercely debate the definition of genocide, but it took two dozen teachers a little more than an hour to settle the matter for themselves.

The teachers, from Lake Worth Community High School, Boynton Beach High and Lantana Middle School, spent a dark, rainy day on the even darker subject of genocide, or political mass murder.

They discussed the 4,000-year history of genocide, from ancient Persia to modern-day Turkey, Bosnia and Rwanda.

The two-day workshop aims to return teachers to their classrooms armed with historical lessons to combat prejudice in schools and the community around them. "Ethnic cleansing, is that the same as genocide?" asked Mary Johnson, getting the ball rolling right away.

Johnson, co-leader of the workshop, works for "Facing History and Ourselves," a nonprofit organization based in Brookline, Mass.

"It is just a fancy word for genocide," shot back Momodou Jobe, born in Gambia and now a biology teacher at Lake Worth High.

When he attended the University of South Florida, he met a basketball player from Yugoslavia, which was at that time splintering into Bosnia, Serbia, Croatia and other warring regions.

"He hadn't heard from his parents. He thought he might never go home," Woods said. "I could go home to my parents for the holidays, but he had to stay at the university. He had no place to go."

The people in the room grew silent when Johnson recalled her experiences as a Peace Corps volunteer in Nigeria.

In 1967, the Ibo people of Biafra, in eastern Nigeria, declared their independence from the Nigerian government, dominated by Hausa people.

"There was tremendous fear," she said. "We were sitting in church on a Sunday morning when the Hausa people came through the church. I saw my own steward, an Ibo, massacred right in front of my eyes. The priest had a shotgun and protected a few of us."

"We have an idea now that it was genocide, but at the time we did not," said Johnson. "You didn't know the bigger picture, you just knew that killing was going on."

It is not necessary to search for genocide halfway around the world.

Slavery and the 1830 Indian Removal Act are two examples of what some define as genocide in the United States, said Rose Gatens, co- leader of Thursday's workshop and director of the Florida Atlantic University Center for Holocaust and Human Rights Education.

"When minorities are considered to be obstacles to progress, they are not protected," she said. "That is a really frightening thing to think about."

Since most of the participants teach subjects not usually associated with human rights, they came up with inventive ways to insert the topic into the study of engineering, math, science and even health.

Marcy Fine, who teaches health at Lake Worth High, discussed nutrition - or the lack of it - in the diet of refugees and how they become sick or die when they cannot get basic nutrients.

Fine's experience with prejudice was personal, too. Decades ago, her father's store in Savannah, Ga., was burned because the family was Jewish.

For Woods, human rights are always as close as the high school campus.

"Unless a kid feels comfortable," he said, "he's not going to learn."

This story has been posted in the following forums: : Headlines; COS - Nigeria; Genocide