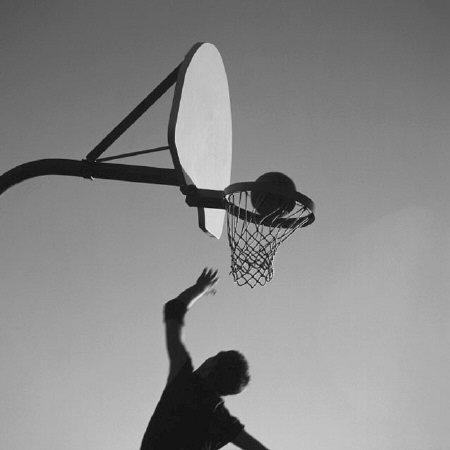 Kurt Carlson probably never dreamed that playing basketball for Hopedale High would lead him to an outdoor court in Africa playing against the national team of Togo, or to an adult league game in Manhattan where he faced former NBA star Garfield Heard.

"I played sports at Hopedale for enjoyment," Carlson said. "And, if we were winning, it just created more fun."

Carlson, one of the Blue Raiders' best penetrating point guards, starred for coach Don Klocek in both basketball and baseball, averaging 18 points and six assists on the hardwood and hitting .300 on the diamond.

A three-year varsity veteran in basketball, Carlson's senior year was his best, leading Hopedale to 10 straight wins in the newly formed Dual Valley Conference. The Blue Raiders finished first in the new league with a 12-2 record during the 1974-75 season.

The 6-foot, 160-pound Carlson was a smooth quarterback when he ran Hopedale's fast break. He could weave his way between a defense, pass to an open teammate or pull up and sink a medium-range jump shot.

"Kurt could do it all," Klocek said. "He knew how to break full-court pressure and he knew how to penetrate an opposing defense. In key situations, we wanted the ball in Kurt's hands."

Carlson sparked the Blue Raiders to a big victory in their first meeting with traditional rival Nipmuc in the DVC. Forward Tom Liberatore was injured and unable to play, making Nipmuc the favorite. But, Carlson scored 25 points and directed the offense in precision-like fashion for an eight-point win.

"Beating Nipmuc was always a thrill, but I still remember a close game we lost against Blackstone-Millville on free throws," Carlson said. "I missed the front end of a one-and-one situation and that cost us the game."

Some of Carlson's key efforts included 20 points in a first-round loss to Northbridge in the Central Mass. District Tournament, 23 points in a win over Oakmont in the first round of the Clark Tournament and 17 points in a loss to Bartlett in the Clark semifinals.

In baseball, Carlson was a left fielder as a junior, but he turned to catching as a senior and he became adept in that role.

"We simply didn't have anyone behind the plate, so I asked Kurt if he'd be our catcher," Klocek said. "He was such a good athlete I knew he could convert. He did a very solid job."

Carlson recalls two games that had a happy ending on the diamond during his senior campaign.

"I hit a home run against Douglas and we won," Carlson said. "And, we had a wild game against Nipmuc in the semifinals of the districts. We trailed but came up with six runs and won, 12-11. We eventually were eliminated from the tourney by Quabbin."

After high school, Carlson enrolled at Bates, but he never got to play basketball in college. He suffered torn ligaments in his ankle at the start of his freshman year.

"I decided to stick to academics," Carlson said. "I majored in economics and after graduation I joined the Peace Corps."

Carlson was stationed in Africa for 1 1/2 years, mostly in Togo.

"It was a great adventure," Carlson said. "We played the country's national team in basketball. We were close for a half but eventually lost. I scored 10 points. It was fun to watch animals come onto the court during the game. Central Africa was a great experience."

After returning to the U.S., Carlson coached JV basketball for a season before heading off to Wall Street where he became a clerk on the floor of the New York Stock Exchange.

"I worked for several investment firms and also got married," Carlson said. "When I was working in Manhattan, I played in adult basketball games and faced Garfield Heard, who had been a solid player for the Buffalo Braves and Phoenix Suns. I did OK against him, but he was old then. I also played against John Nolan, who had starred at Providence College and had been drafted by the Celtics."

Carlson, 47, now works for a financial firm (Investco) in Colorado. He lives in Ken Caryl, a suburb southwest of Denver with his wife, Silvia, and three children -- Carolina, 20; Charlie, 11; and Anders, 8.

Calling his parents (Carl and June) role models for their support and encouragement, Carlson is glad his athletic start came in Hopedale.

"We had good facilities, good youth league coaches and excellent motivators like Coach Klocek," Carlson said. "Mr. Klocek was a great teacher and a good community guy who made sure you learned some of life's real lessons. He also knew how to draw up X's and O's."

Maybe Gordon Lewis, who played center in basketball with Carlson, says it best: "Kurt was an instinctive player who was able to beat double-teams every game. I was fortunate to be on the receiving end of some of his passes."

Kurt Carlson enjoyed playing sports, especially in Hopedale. He had fun, lots of fun.
Even when he was dodging animals on an outdoor court in Togo.

This story has been posted in the following forums: : Headlines; COS - Togo; Sports; Basketball