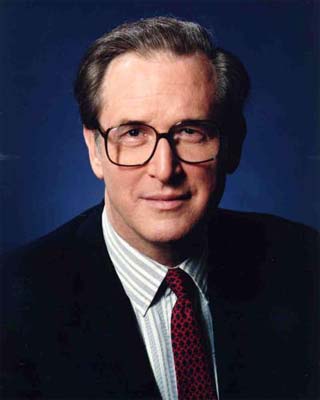 Jun. 1--Jay Rockefeller estimates he's met with Japan's prime minister every time but once during the 10 to 12 trips he's made to the Asian country since he's been West Virginia governor and senator.

"I know them very well and they know me very well," he said of his relationship with the Japanese in a pre-trip phone interview. "I've been close to 25 years or more in office in West Virginia going back and forth to Japan, trying to get jobs to West Virginia and have been pretty successful."

Rockefeller met with Taiwan's president and premier earlier this trip and was scheduled to meet with Japan's prime minister, foreign minister and trade minister before this trip is over.

The story of how Rockefeller gained access to the superpower's top leadership begins in the early 1950s.

Rockefeller first visited Japan in 1952 as a teenager with his parents. It was shortly after the end of World War II and Rockefeller said he "was about the only young American in Japan who wasn't a soldier." He also spent a few summers in Japan as an American Friends Service Committee member, where he would work and also travel.

"I did a lot of traveling around Japan on third-class trains. Basically, that meant you wore your underwear because in the summer it was so hot. They were all coal-burning trains, and you would go through a tunnel and you just emerged black," he remembered. "You just sweated and traveled."

Rockefeller also spent three years studying Japanese at the International Christian University in Tokyo, where he was classmates with Toshiaki Taguchi, who later became president of Toyota North America and is now the senior adviser to Toyota Motor Corp.'s board.

"Until you're there, you just can't understand how important that it is for the Japanese that this tall U.S. senator took the time when he was 20-something years old -- when no one else was doing it in the 1950s -- to go over there and live with them and understand and learn their language," said Lane Bailey, Rockefeller's former chief of staff in a pretrip phone interview.

"That was a big deal and broke down a lot of barriers for Jay Rockefeller; barriers that are automatically in place between Westerners and Japanese."

Rockefeller has had the chance since he's been a senator to be part of a U.S./Japan study group sponsored by Stanford University. Political leaders from both countries were in the group. Most of the Japanese have gone on to become prime ministers or are getting close to being prime minister or very high Cabinet officials, he said.

And he's kept in touch with these people over the years.

"If you don't keep in touch, it's like you don't care ... most importantly, you go over there," Rockefeller said. "If you want to get things done in Japan, that's what you've got to do. You've got to keep working at it.

It's this long, consistent relationship that's at the core of Rockefeller's magic in Asia, Bailey said.

Rockefeller returned to the U.S., graduated from Harvard with a degree in Far Eastern languages and history and worked for the Peace Corps. He later became a volunteer with the VISTA program, which brought him to West Virginia. Then he was elected as a state delegate, secretary of state, governor and U.S. senator, where he was on the Finance Committee and had to think about trade.

"Suddenly, Asia comes rushing back to him," Bailey explained. "He has to have a global perspective on trade and goes over to Japan and renews his relationships. Suddenly, he's in the boardrooms of Toyota ... or he's in Taiwan and is the first Westerner to meet with the new president.

"All of these things start happening and this world he grew up around came back. It was kind of a natural evolution of his early life and studies. It came back to help West Virginia."

This story has been posted in the following forums: : Headlines; Figures; Staff; Politics; Congress; Japan