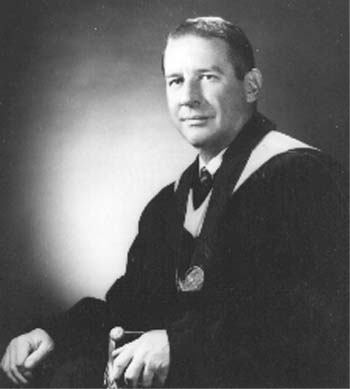 At age 88, World War II veteran and former diplomat Everett M. Woodman took the podium as guest speaker at the 2004 Fourth of July celebration in Hanover, N.H., and condemned the war in Iraq as a betrayal of American ideals. Some in the crowd booed the former Navy intelligence officer, who 60 years prior had stormed the beaches at Normandy and now stood with the help of two canes. But Mr. Woodman continued speaking, according to his daughter Betsy, of Andover, N.H., who was in the audience. "I think they expected a normal patriotic speech and he came out with this blistering stuff," she said.

Everett Woodman, at 91; was diplomat, former president of Colby-Sawyer College

At age 88, World War II veteran and former diplomat Everett M. Woodman took the podium as guest speaker at the 2004 Fourth of July celebration in Hanover, N.H., and condemned the war in Iraq as a betrayal of American ideals.

Some in the crowd booed the former Navy intelligence officer, who 60 years prior had stormed the beaches at Normandy and now stood with the help of two canes.

But Mr. Woodman continued speaking, according to his daughter Betsy, of Andover, N.H., who was in the audience.

"I think they expected a normal patriotic speech and he came out with this blistering stuff," she said.

Mr. Woodman, who was president of Colby-Sawyer College from 1962 to 1972, died July 31 at New London Hospital following a period of declining health. He was 91.

Those who knew Mr. Woodman said his speech, which was later circulated on the Internet, was just another chapter for a man who believed deeply in international diplomacy and had become increasingly frustrated with the Bush White House.

"It just drove him insane to think all the good work previous diplomats had done was being thrown away," said Jeff Heinle, an assistant communications professor who used Mr. Woodman's personal collection of home movies for a class in media preservation he taught at Colby-Sawyer three years ago.

Heinle and Mr. Woodman spent many days going through films Mr. Woodman made during 10 years in India as cultural affairs officer for the US Information Agency and later as US attaché in New Delhi during the 1950s.

The collection, now part of the college's archives, includes President Nixon's visit to India, Mr. Woodman's visit with Prime Minister Jawaharlal Nehru of India, and traditional dancing by the Travancore sisters, starlets who became friends of Mr. Woodman and his wife, Ruth.

"He was an incredible person, just very passionate about democratic ideals and the truth. He had a great mind," said Heinle, who now teaches at South Dakota State.

Mr. Woodman, who was born in Franklin, N.H., graduated from Philips Exeter Academy and Dartmouth College, then received a doctorate in education from Boston University. He was captain of the baseball teams at his high school and at Dartmouth.

He first taught at Colby Junior College from 1939 to 1941. During that time he met his wife -- on a double date with another woman who became ill and went home, he told his children.

"He went to Dartmouth and I went to Colby. It was love at first sight," said Ruth, his wife for 66 years.

When Mr. Woodman shipped out with the Navy, he faithfully wrote letters to his bride. He wrote one from a foxhole on Omaha Beach, signed "your loving Evie," and read the letter in 2003 as part of a Public Radio International program on World War II vets.

"The time will come when you can laugh at it all, and remember only the parts we want to remember," he wrote. "I haven't seen anything of La Belle France, for my horizon has been limited by a foxhole and a tent. Goodnight for now my sweet my darling. I love you all over and something awful. Chins up. We'll get there."

The Woodmans reveled in their time in India and later Morocco, where Mr. Woodman was director of Peace Corps operations in the 1970s.

"We got so much out of every place we went and the people we met," Ruth said.

After working for the US government from 1952 to 1958, Mr. Woodman became the Ford Foundation's consultant to India's Ministry of Education.

In 1962, Mr. Woodman returned to the United States to become the third president of Colby-Sawyer. He served until 1972, during a tumultuous era of campus unrest nationwide over the Vietnam War.

Mr. Woodman backed comedian Dick Gregory's appearance at the college despite residents' demands he not appear because of his antiwar views.

Colby-Sawyer recently created a scholarship in his name for transfer students.

"He expanded the reach of Colby Junior College through his broad international experience and desire to connect the college to the global community," said current president Tom Galligan.

After leaving Colby-Sawyer, Mr. Woodman became president of the Nature Conservancy in Washington, D.C., and worked for the Peace Corps.

"I was always impressed by how generous he was with his attention," said Margaret Wiley, assistant professor of humanities. "He had a real gift for making others feel valuable."

"He was a great letter writer," Coonley said. "He was sort of a fuddy-duddy New England guy who had this glamorous history. One of his proudest moments was meeting the Dalai Lama on several occasions."

While in the hospital, Mr. Woodman tackled new technology and wrote his only e-mail to his grandson. He typed a single sentence and addressed him with a favorite nickname: "Dear Bee Whacker, This is aggravatin.' "

"I was very lucky to have him as a grandfather," Coonley said.

In addition to his wife, daughter Betsy, and grandson, Mr. Woodman leaves three other daughters, Lee of Washington, D.C., Jane of Jamaica Plain, and Deborah Woodman Coleman of Waltham; another grandson and a granddaughter.

A memorial service is planned for Aug. 25 at 4 p.m. in Wheeler Hall at Colby-Sawyer College.

This story has been posted in the following forums: : Headlines; COS - Morocco; Obituaries; Country Directors - Morocco; Greatest Generation