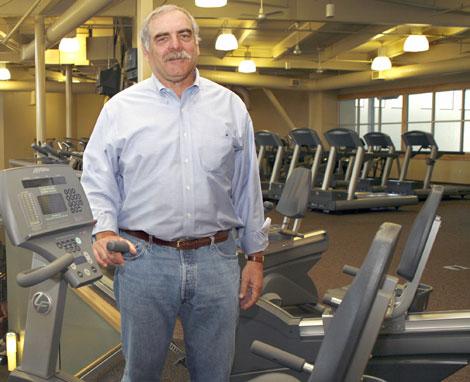 While in Kenya, Weinberg, then 21, lived among two tribes, the more dominant Kikuyu and the Tugen. “Generally, it wasn’t dangerous, but on two occasions I was told to leave for a week while they sorted out their differences,” he said. Weinberg worked with an agricultural cooperative, setting up passion-fruit nurseries and helping to market the produce. His introduction to farmwork and self-sufficiency was a precursor to Weinberg’s growing interest in farming and ranching. After the Peace Corps, Weinberg came back to New York, this time to the New School for Social Research on New York City’s east side, seemingly a world away from the Catskills. It was a place that fostered deep thinking and an awareness of social issues. “I met some people from the Council on Foreign Relations and hung out with them. I did some research,” he said.

Whitefish senator works for change with a ‘strong sense for justice’

Dan Weinberg’s penchant for contemplation and self-sufficiency started early in life, on a 9-foot plastic-foam sailboat off the shore of Lake Michigan.

As a boy, the Chicago native routinely packed a bag of peanut-butter-and-jelly sandwiches and set sail on his “Sea Snark” to spend the day going as far from shore as he could.

“I’d cruise around and eat sandwiches. It was the perfect day,” the Whitefish state senator recollected.

In retrospect, taking a foam sailboat with a plastic sail out on Lake Michigan probably was “ridiculously dangerous,” but it yielded his fondest childhood memories.

“I always found my way home,” he said with a smile.

“Two days ago I took my Sunfish out and just played around,” he said. “I don’t think we change much from childhood to adulthood.”

WEINBERG BEGAN charting his own course early on, heading to Hartwick College in upstate New York after high school. He had no idea what he wanted to study, but the liberal-arts school’s setting in the Catskill Mountains was beautiful. In the course of finishing an undergraduate degree in political science, Weinberg completed two final projects, an interdisciplinary study on the U.S. presidency and a thesis on East African land reform.

The latter was a springboard for a burgeoning interest in Africa and a two-year stint in the Peace Corps, stationed in Kenya.

“I became real interested in land issues and the transition from colonialism to African nationalism,” he recalled.

While in Kenya, Weinberg, then 21, lived among two tribes, the more dominant Kikuyu and the Tugen.

“Generally, it wasn’t dangerous, but on two occasions I was told to leave for a week while they sorted out their differences,” he said.

Weinberg worked with an agricultural cooperative, setting up passion-fruit nurseries and helping to market the produce. His introduction to farmwork and self-sufficiency was a precursor to Weinberg’s growing interest in farming and ranching.

After the Peace Corps, Weinberg came back to New York, this time to the New School for Social Research on New York City’s east side, seemingly a world away from the Catskills. It was a place that fostered deep thinking and an awareness of social issues.

“I met some people from the Council on Foreign Relations and hung out with them. I did some research,” he said.

WEINBERG’S NEXT quest for self-sufficiency took him to Spain, where he bought land in the southern part of the country and grew poplar trees, beans and quince. He used his “readjustment allowance” from the Peace Corps to pay for the small farm.

“I was very self-sufficient. I grew my own food, cooked for myself,” he recalled.

Weinberg also used the time in Spain to write articles for several publications. It was during that four-year stint that he developed an interest in psychology, and he plowed through books on Gestalt psychology and Jungian theory. He even traveled to London for meetings on psychological theory and began networking with others who shared his interest.

It was only natural, then, when he returned to the United States that he began working on his master’s degree in counseling from California Polytechnic State University. At the same time, he completed an internship at the nearby California Men’s Colony, a maximum-security prison, where he worked with inmates during therapy sessions.

His interest in clinical psychology drove him further to complete master’s and doctoral degrees in the subject from the Fielding Institute in Santa Barbara, Calif.

Weinberg enjoyed the collaboration that accompanied work in agency settings, including the University of California-Davis Medical Center and a county mental-health agency. His work ran the gamut — family crises, hyperactive children, people with psychotic disorders, substance abuse — and created an awareness and compassion still with him today as he works for public- and mental-health legislation.

“I’m sure any of us can be in that spot,” he observed. “People don’t choose their psychological disorders; it happens to people and it’s important that people learn how to cope.”

Weinberg’s work as a counselor made him more tolerant and more understanding, and it made him a better listener.

“The ability to shut up and listen has served me very well,” he said.

DURING HIS time as a counselor in California, Weinberg married and moved to Eldorado County, where he and his wife raised two children and operated a horse ranch.

He eventually sold the horse operation and set up an orchard, raising Fuji apples, peaches and nectarines at an altitude of 3,500 feet that was perfect for produce.

So perfect that his fruit ended up in the White House. During Ronald Reagan’s years as president, the White House purchased fruit from the market in Sacramento that bought Weinberg’s fruit.

Nine years ago, Weinberg and his second wife, Gayle, decided to relocate.

“We were looking for the best place in the world to live,” he said. “We’re both researchers and we started talking to people.”

Whitefish emerged as that best place.

“We both had a need to be involved in a good community, where people are community-minded,” Weinberg reflected. “Where people are optimistic and looking out for each other.”

It took several years to fully make the move to Whitefish. The Weinbergs found an idyllic spot on the north end of Whitefish Lake, built a house and became involved in the community.

Weinberg was the driving force and the project chairman for The Wave aquatic and health center that opened a couple of years ago in Whitefish. He still serves on the board of directors.

“It was an ambitious project,” he said of The Wave. “My philosophy is that for any worthwhile project, there’s one person tossing and turning at night. It takes over one’s life, but someone has to take the personal responsibility.”

The multimillion-dollar fitness center was a leap of faith and needed 2,200 members to be financially viable; it now has 4,700 members and recently expanded.

Weinberg is proud of The Wave’s scholarship program that serves 187 families and 375 individuals who otherwise couldn’t afford the facility. The Two Bear Marathon, spearheaded by Gayle Weinberg, largely funds those scholarships.

WEINBERG BROADENED his public service in 2004 with a successful bid for the state Senate in District 2, the seat formerly held by Bob DePratu, whose term limit had expired.

Weinberg is dismayed that media coverage of the 2007 legislative session was dominated by partisan friction and incidents such as the Michael Lange (former House majority leader) “meltdown.”

Weinberg successfully sponsored a half-dozen bills, including legislation to bolster the Children’s Health Insurance Program and a bill creating the first-ever suicide prevention program in Montana. Public- and mental-health issues are at the top of Weinberg’s priorities, and he said he’ll continue to work for change in those arenas.

“I have no other political ambitions,” he said. “I’m not going to run for state or federal office. I’m happy in the Senate and I want to stay there.”

SOCIAL JUSTICE also ranks high on Weinberg’s agenda. He and his wife recently became involved with The Innocence Project and Centurion Ministries. Both are organizations dedicated to exonerating wrongfully convicted people through DNA testing.

“My wife and I have a strong sense for justice,” he said. “We have a responsibility as a society that everyone we lock up is guilty.”

Beyond their civic work, the Weinbergs enjoy spending time with their children — they have five between them — and three grandchildren. And they like to travel.

Up next is a trip to Botswana in Southern Africa this fall to ride horses as they take a sightseeing excursion to view game animals. Weinberg said he has to drop 30 pounds to meet the weight requirement for the trail ride.

Lucky for him, he’s got a membership to The Wave.

Features editor Lynnette Hintze may be reached at 758-4421 or by e-mail at lhintze@dailyinterlake.com

This story has been posted in the following forums: : Headlines; COS - Kenya