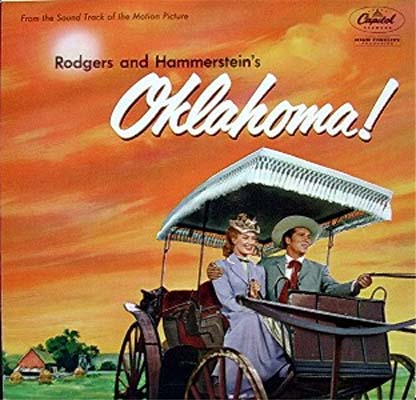 "Just as a 12 year old boy grew up in a community on the Great Plains of America's Heartland and dreamed of a larger world, now an older and perhaps wiser man returns with his lifetime companion in search of new challenges on a different stage. 'We have to go away and ... and dream it all up again.'"

Thanks everybody for the many emails we received with your own thoughts about our message Thanks for the Memories that we published two weeks ago. We have had a number of inquiries about what Sunday and I have planned for the future, so at the risk of self indulgence, I thought I would share our thoughts with you.

Many people don't know that neither Sunday or I are native Marylanders. Sunday was born in North Philadelphia and I was born in a community in Oklahoma. When John F. Kennedy announced the formation of the Peace Corps in 1961, I was twelve years old, and I resolved then that I would one day join the Peace Corps and serve my country as a volunteer.

I left Ponca City when I was 18 and started a new stage in my life. I served three years as a volunteer in Huancayo, Peru and for the next 12 years worked as an engineer on development projects in South America, the Middle East, and Far East.

Meanwhile Sunday was on her own journey that took her to Temple University, the District of Columbia as a teacher, and finally to the University of Maryland Medical School where she graduated as a Falk Fellow with a specialty in Psychiatry.

I returned to America in 1984, Sunday and I met and married, and for the past twenty years we have made our home in Reservoir Hill in Baltimore. But now our lives are coming full circle as we return from "whence we came." Last year Sunday and I bought a home in Ponca City and started making plans for our eventual "retirement" to a less complicated life in a smaller community surrounded by Family and Friends I have known over the course of 50 years.

Sunday has her own roots in Oklahoma because her grandfather's first job after graduation from Cornell in 1904 was as Professor of Agriculture at Langston College, an all-Black college in what was then "Indian Territory." Sunday's mother was born in Langston, so in a sense Sunday is coming home to Oklahoma herself.

Sunday and I will always treasure the years we spent in Maryland and especially the many friends we made and experiences we had as part of the Maryland Returned Voluteers. But now, this truly is our last message to you, as we pull up stakes, make our new home in the mid-west and make plans for the future.

Just as a 12 year old boy grew up in a community on the Great Plains of America's Heartland and dreamed of a larger world, now an older and perhaps wiser man returns with his lifetime companion in search of new challenges on a different stage. "We have to go away and ... and dream it all up again."

Thanks to all of you for sharing the vision over the past four years of a group of Returned Volunteers dedicated to the study of the History and Scholarship of the Peace Corps. We're in Oklahoma right now but if you want to say good-bye to us before we leave permanently, Sunday and I are sponsoring another ethnic dinner on February 17 at one of our favorite restaurants in Baltimore that we would like to invite you to. Details about the event are below.

It's been a great life in Maryland. Our best wishes and again Thanks for the Memories. 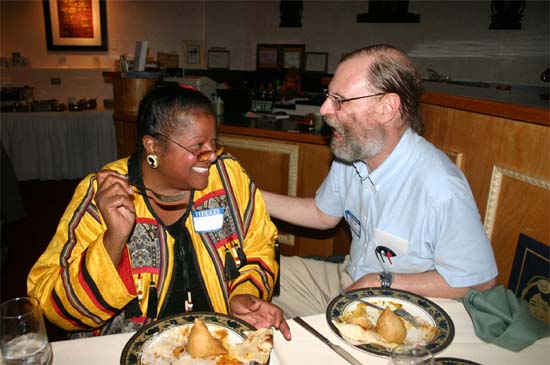 P.S. Congratulations in advance to our new officers. Ballots will be going out in the mail to paid-up members of the group this month. We'll see you on the 17th at the Cazuela in Fell's Point.


Upcoming Events on our Calendar


February 2 - Meeting of Board of Directors and Planning Meeting 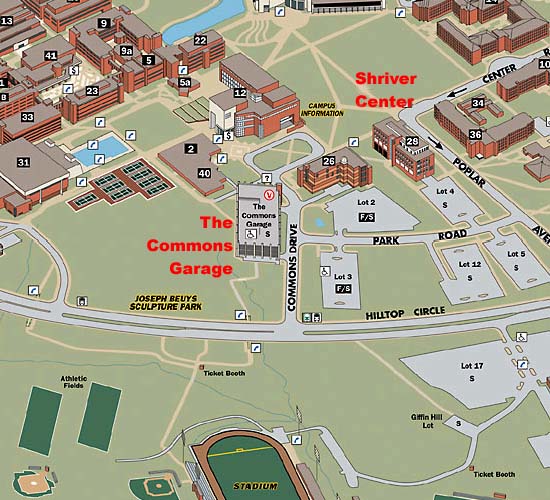 The planning meeting and a meeting of the Board of Directors will take place at the Shriver Center at 6 pm on Thursday, February 2. For detailed directions click here for directions to the UMBC Campus under "Directions and Parking." Then click here for a map of the campus. We will be meeting in Room 107 of the Shriver Center (called Public Policy Building or Building 28 on the map). Park in the commons garage.

We had a very productive Planning Meeting on Sunday, December 4 and decided to break into committees to do the detailed planning for our events for 2006. A meeting of the Board of Directors and our planning meeting will take place at the Shriver Center on Thursday, February 2. The Board of Directors will meet from 6 pm to 7 pm. The Planning Committee will meet from 7 pm to 8 pm to work on the schedule of events for 2006. Both these meetings are open to all members of the Maryland Returned Volunteers. The committee chairs for the planning meeting are:

February 17 - Sunday and Hugh Pickens are sponsoring an Ethnic Dinner at the Cazuela Ecuadorian Restaurant at 1718 Eastern Ave in Fells Point on Friday, February 17 at 7 pm. This will be our last event before we leave for Oklahoma permanently so come to this event if you want to say good-bye. We already have 25 RSVPs and only have 5 seats left. You must RSVP if you plan to attend. 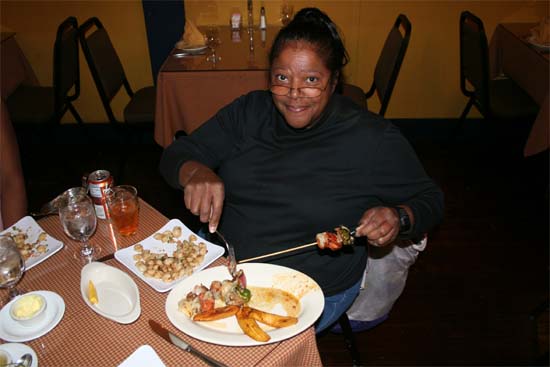 If you have served in Chile, Ecuador, or Peru, then you know what cebiche is. One of our favorite restaurants is in Fells Point and they make one of the most most delicious cebiches we have ever eaten so we are sponsoring a fixed price Ecuadorian Dinner at the Cazuela in Fells Point on Friday February 17 at 7 pm. The cost of the meal will be $25 including tip. The meal will include plantain, cebiche, tostada, arroz con pollo, tres leches for desert, and cafe con leche.

In addition we will have several RPCVs attending who have served in Andean countries who will talk about their countries of service.

The Cazuela can only accomodate 30 persons and we have already had 25 people RSVP. Those who are on the RSVP list will be guaranteed a seat and the meal at the $25 price fix. Send an email reply now if you are going to attend. Include the the names in your party and how many are going to attend. See you there.

LETTER TO THE EDITOR (printed in the Grand Rapids Press, 12/05)


Not so long ago, I spoke with a German agricultural student that had just spent the summer with an Iowa soybean farmer. The student and I met in the Philippines where I had returned after graduate school to visit friends I had made while serving in the Peace Corps.

My first question was his impression of the United States. He replied, "No one knows more about soybeans than an American soybean farmer, but after that, he hasn't got a clue!” I suspect that would apply to most Americans. As we decline as a world power, and the quality of life improves for relatively few families, both here and internationally, we need at least our young people to have a real understanding of other cultures, perspectives and economies.

Tragically, America's largest international relations program involves college-age students patrolling streets with machine guns and rocket launchers. What if we had a national student exchange program that required living in another culture for six months to obtain a college degree? Money? Let’s classify it as a military defense program so it’ll be assured of increased and continued funding. Maybe we would have sewn the seeds for democracy in many more countries without the bloodshed, and provided a new generation with a few more “clues”.

I WOULD LIKE TO TRACE BACK MY FORMER PEACE CORP TEACHER, MISS IRIS A PALM WHOSE LAST ADDRESS OAK PARK ILLINOIS. I WAS IN STANDARD FOUR WHEN I CAME TO MET HER IN 1964 AT SUNGAI LAYAR ENGLISH SCHOOL, SG.PETANI, KEDAH, WEST MALAYSIA. HOPE WITH YOUR KIND HELP, PLEASE SEND ME HER LATEST ADDRESS. IT WAS QUIET A LONG TIME SINCE WE LAST MET IN 1965.

Looking for email address of Javier Garza, the current director of Peace Corps in Dominican Republic. Please sent it to my email address if a reader of this message has it. Thanks

Dear Peace Corps Kenya Rep.
This is certify that the Bible Mission Africa in connection World Computer Exchange USA has entered into A partnership for Computer Assistance Program to help the less fortunate Church Youths within the Slums dwellings of Korogocho, Mathare as well as other Slums Surrounding the vicinity of Nairobi.This is one way of reaching the Youths within the above mentioned locations within with Access to Internet and as well as reducing Computer illiteracy within the Capital City.
We are in the process of Receiving Computer Consignment of About 200 to 400 used Pieces as well as Printers as well as laptops and other Computer related gadgets from WCE within few months as from now at the port of Mombasa However TBM Africa is unable to cover the Shipping Cost at the moment we do Kindly Appeal to your Organization to kindly help us cover this cost.
We look forward to your favorable reply
Yours Sincerely
Rev Gabriel

Only RPCV charged with lese majesty

In March 2005, a Thai community radio personality, defending the abbot of a local temple, filed charges of lese majesty against me with Nakhonratchasima provincial police. Charges were fabricated, but because of what had happened to the two Far Eastern Economic Review writers Crispin and Tasker, I was alarmed. I made a call to a fellow RCPV in Bangkok who advised me to pack and leave.
However, I stayed behind. Eventually the fabricated charge was referred to Bangkok authorities who determined that insufficient evidence existed to prosecute.
A word to the wise current Peace Corps volunteers serving especially in Thailand: if you ever have a confrontation, especially one with someone that involves members of the Sangha or monarchy, keep copious notes and file them away where you can find them - just in case. Also remain aware that it is standard practice in Thailand to counter-sue once you are sued - criminal or civil.

Why is my address available from Peace Corps to hookers? I guess this is what is on this person's mind. This is a copy of her persistant emails restating she found my "profile" through Peace Corps.
Suggestions?
Joe Bridges, Botswana, 1975-1977