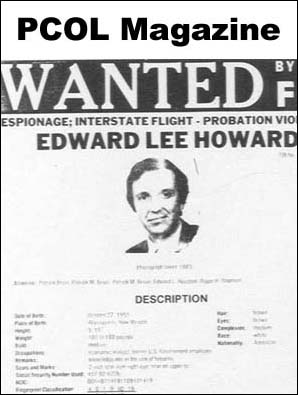 Surveillant 14.1 notes that Howard does not say whether he gave the Soviets secrets after he fled the United States. He "describes a purported clandestine return to the U.S. in 1986,... [and] describes meeting a Soviet mole ... working for the U.S. government who remains hidden today and implies that there are others.... Those who believe Howard's account of this trip can generally be recognized by the number of deeds they carry announcing ownership in various bridges." The bottomline: "His story, such as it is, is old hat. He reveals nothing new in the way of fact although he does embellish the known events to rationalize his persecution complex. It all adds up to boredom squared."

According to Valcourt, IJI&C 9.1, Howard's book is "an attempt to secure a favorable place for himself in the pantheon of intelligence operatives. Painting himself as a victim of surly bureaucrats..., Howard offers little of substance to sustain his innocence." Safe House mixes "bravado, fable, and whimpering" and will become a "mostly forgotten work" by someone who was not nearly as significant as originally thought.

Chambers: "A rush of espionage cases and events resulted in 1985 becoming known as the 'Year of the Spy.' The second most surprising event, after the defection and redefection of Vitali Yurchenko, was the disappearance of former CIA DO officer Edward Lee Howard from his home in New Mexico followed by his appearance in Moscow. Howard had apparently been identified by Yurchenko as a KGB source in the CIA....

"Howard does himself few favors with this book. From his drug use in the Peace Corps to his defection and to the time he nearly gets repatriated by an enthusiastic Soviet guard, he makes one dumb decision after another.... When he isn't being silly, Howard is being disingenuous. He admits that he did give information to the KGB, but claims that it can't have done any harm as such information is ephemeral.... The style is clear, but flat....

"Howard expresses a considerable dislike for David Wise's book about him, claiming to have been misquoted a number of times. However, Wise ... did take the time to find out more about the CIA's treatment of Howard after the firing than Howard tells us about and he shows a level of detachment from the case that allows useful lessons to be drawn. It is recommended over this offering." For Chambers' full review, CLICK here.

The main article is on Aldrich Ames, but there is a sidebar on Howard: David Wise, "The Spy Who Didn't Get Away," p. 30.

"Edward Lee Howard, the former CIA case officer who escaped to Moscow in September 1985 after coming under suspicion as a spy for the Soviet Union, died there July 12, according to a family friend."

Wise, David. The Spy Who Got Away: The Inside Story of Edward Lee Howard, The CIA Agent Who Betrayed His Country's Secrets and Escaped to Moscow. New York: Random House, 1988. [pb] New York: Avon, 1988.