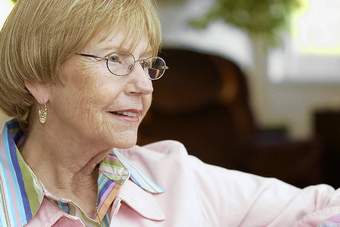 Char Andrews brings four stuffed animals with her to every chemotherapy treatment.

One bear represents strength, another courage, and a small blue bear with the word "Alaska" sewn on its belly reminds her of adventure. The one that seems to be her favorite, a pink bear with a pink hat, stands for hope, she said.

And what Andrews, 67, is hoping for most right now is not a cure for her breast cancer that has spread to her liver, lungs and bones. She is too realistic for that, she said.

The Salem resident said she hopes that Oregonians will continue to be able to use their physician-assisted-suicide law.


"I feel strongly about the law," she said Tuesday after hearing that the U.S. Supreme Court will hear the challenge to Oregon's law. "Oregonians have voted for it. I feel strongly that it is there for people.

"I don't know what my death will be like, but there is comfort in knowing the law is there."

Andrews has not asked her physician about getting a lethal dose of medication under the Death with Dignity law. She does not know whether she will need to, but she is adamant that the option should be available in case her dying process becomes intolerable.

"After all, you are on your deathbed," she said. "It's not going to be misused. There is so much written into the law to prevent misuse."

Advocates echo that view and say the law has operated as intended.

Opponents of Oregon's law argue that there is misuse because lethal prescriptions are written for people who are depressed, not just terminally ill.

"I am confident the Supreme Court will not feel itself compelled to allow a state to remove the protections from its citizens that everyone else in the United States has," said Dr. Gregory Hamilton, spokesperson and co-founder of Physicians for Compassionate Care.

"Since 1997, a few patients have been given overdoses, but even the Oregon report statistics haven't revealed one documented case of someone given an overdose from actual pain. All of the cases have been fear of psychological or social consequences of their disease or a fear of future pain. We can treat pain. There is no need for assisted suicide."

For her part, Andrews said that Oregon's unique law has prompted the delivery of some of the best end-of-life care.

"Hospice has done a really good job in dealing with death and pain," she said. "I feel as though the law has been really effective for Oregonians."

Andrews, who moved to Salem in 1963, was given a diagnosis of Stage 4 breast cancer that had spread to her bones in December 2000. In March 2002, she learned that the cancer had spread to her liver. Two years later, it was found in her lungs.

She wears a wig, "and I probably will for the rest of my life," she said, and she uses an oxygen tank during high-intensity exercise or at high altitudes.

In March, she will have been on chemotherapy for three consecutive years and doesn't see any possibility of ending the regimen.

But it's hard to picture Andrews as anything but active, energetic and full of life, especially now that she doesn't need her oxygen tank to play tennis anymore and she walks three miles several times per week.

A retired teacher and a former Peace Corps volunteer, she surprises most people with her story of climbing Mount St. Helens two months after she finished radiation in summer 2001.

Although she lives life with the vigor of a 20-something, Andrews said that she is fully aware of the seriousness of her disease. So are her two adult children.

"I know," she said solemnly. "I am a realist. I know it is true. When you are at Stage 4, it is mostly palliative care."

And having the option to end her life is necessary for her quality of life now, she said.

"We know when it is the end," she said. "So why make them suffer any more?"

This story has been posted in the following forums: : Headlines; Cancer; Suicide; Assisted Suicide