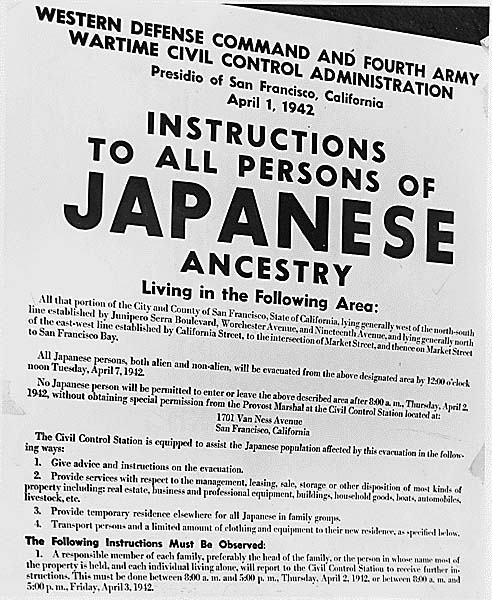 A Lifelong Lesson in Justice

# Gathering will pay tribute to the mostly white teachers who followed their Japanese students into WWII internment camps.

For more than 60 years, the students have not forgotten their teachers.

How could they? When their country locked them up in remote internment camps during World War II, these Japanese American students say one group of people in particular gave them hope: the teachers, most of them white, who volunteered to join them.

When their world seemed upside down, the teachers tried to bring them the normalcy of school dances and football teams. In classrooms that initially lacked desks, textbooks and school supplies, the teachers somehow ignited the young minds and inspired students to pursue careers in science, medicine, education.

And when it came time to teach about U.S. democracy, teachers like feisty Margaret Crosby Gunderson told her students at the Tule Lake camp not to give up on the Constitution; that the nation's flawed political leadership was to blame for their unjust internment.

Now the teachers are frail, most of them in their 80s and 90s. They are quietly living in retirement homes and elsewhere. But their extraordinary actions touched and transformed a generation of Japanese Americans.

"We thought they needed help, so we helped," said La Verne resident Mary Smeltzer, 89, one of the former teachers.

Their little-known stories will take center stage tonight when the Japanese American National Museum in Little Tokyo honors more than 200 of the camp educators. Among them, museum staff tracked down 53; more than half are expected to attend tonight's dinner at the Century Plaza Hotel in Los Angeles.

"They gave to us the link to the America we knew: the sense that not all Americans were racist, not all of them saw us as a threat but saw the potential we had as individuals," said Glenn Kumekawa, a retired Rhode Island professor who was sent to Topaz camp in Utah at age 14 after winning his San Francisco grammar school's American Citizenship Award.

"Inside the camp, when every public indication was that we had no future, you had these teachers saying, 'Yes, you do matter,' " he said.

Irene Hirano, the museum's president, said her staff had long heard stories about the teachers while gathering oral histories of former camp residents.

The museum received more than 200 nominations for educators who taught at more than 10 camps, where 110,000 people of Japanese ancestry were incarcerated following Japan's 1941 attack on Pearl Harbor.

"It's a remarkable and inspiring story of people who found a way to make a difference in challenging times," Hirano said. 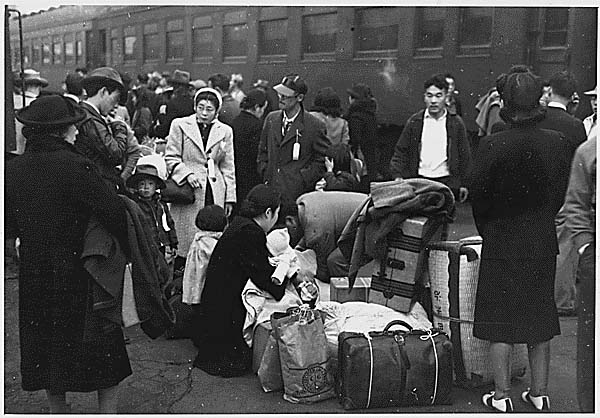 From 1942 to 1945, an estimated 30,000 children attended the K-12 schools, which were operated by the federal War Relocation Authority. Teachers were recruited and hired by U.S. civil service representatives; some signed up for altruistic reasons, while others just needed a job.

The schools were plagued by inadequate facilities, supply shortages and, in some cases, frequent staff turnover, according to reports, and most were closed in late 1945 along with the camps.

Smeltzer is one of the honorees. She is short and round with a cap of silver hair framing her face, and her memory remains sharp. As a member of the anti-war Church of the Brethren, she and her now-deceased husband, Ralph, opposed the internment.

When Japanese American immigrant families began evacuating their Terminal Island homes near San Pedro, Smeltzer said, her husband took time off from work to help. She made and distributed lunches for those departing for camp, even as American Legion members across the street shook their fists at her and scowled, she said.

But the couple felt they could do more. So they applied for jobs to teach at Manzanar, she math and he science. Despite the dust storms and bleak surroundings, Smeltzer said the well-behaved students made it one of her best teaching experiences.

The couple's real goal, however, was to help people leave the camps. After six months of teaching, they set up a hostel in Chicago and later in New York through their church networks. They figure they helped resettle 1,000 Japanese Americans inland, away from the West Coast military zones.

One of them was Joe Nagano, 84, a retired Los Angeles chemist. He said Mary Smeltzer and Thomas Temple, another honoree now deceased, helped him find housing in Chicago and win admission to the prestigious Illinois Institute of Technology. Despite his trepidations about his first venture beyond California, Nagano said the teachers helped lay the groundwork for a lifelong career in science.

"I didn't want to rot in camp," said Nagano, who plans to escort his former teacher to the dinner tonight. "If those teachers didn't exist, we would have had a lot more difficulty relocating. I am really grateful to them."

Later in life, Smeltzer went on to distribute relief aid in Vienna, join the Peace Corps in Africa, run a friendship center in Hiroshima and broker race relations in Illinois. Today she does volunteer reading with juvenile delinquents. Asked why she reached out to the internees, she replied with a laugh: "It's just part of me. It's just part of being a Christian, being a peace person, part of doing what I think is right."

Alberta Kassing, 83, also wanted to help out. Now a Boyle Heights resident, Kassing had made several Japanese American friends at her Colorado college. She had invited one of them to live with her over her landlady's objections. "If she leaves, I'm moving out too," Kassing told her landlady. Her friend stayed.

Kassing was 21 when, she said, she leaped at the chance to teach at Heart Mountain camp in Wyoming in 1943. Commuting between the camp and a nearby apartment, she taught math to as many as 300 students a day.

On weekends, Kassing invited students to town to visit her. It was not always pleasant. Once, several U.S. soldiers saw them and began hurling insults. When she gave talks at church asserting that Japanese Americans "were just as American as I am," people retorted that those people had bombed Pearl Harbor, killed their sons.

Like Smeltzer, Kassing said she acted from deep religious convictions that everyone is a child of God. She said she thinks God led her toward her work and, like any good Christian, she simply followed.

"I certainly didn't think I was doing anything extraordinary at the time and still don't particularly see it that way," said Kassing, who today lives in the historic Hollenbeck retirement home, serves as its residents' council president and rescues abandoned cats. "I'm just glad I had a chance to make a contribution."

Laguna Beach resident Lois Ferguson, 88, said she and her husband Ralph had come to meet many Japanese Americans through his research on them for his UCLA master's thesis. The 1942 thesis boldly criticized prevailing public attitudes that Japanese Americans were disloyal and unassimilable, and urged understanding of them.

After Executive Order 9066 authorized the internment in February 1942, the couple moved to Manzanar, where she was hired to help train camp internees as teachers and he directed the adult education program.

Today, Ferguson's memory has been clouded by a recent stroke, but her bright eyes and broad smile seem unchanged from her 1942 photos of camp life. She still remembers the dust. She remembers her students. She remembers why she went to camp.

"We just felt indignant that these people had been displaced and really treated cruelly," she said.

There are many other cherished teachers. In nomination papers, former Heart Mountain inmate Lloyd Kitazono of Pacifica remembered camp nurse Margaret Harvey for teaching him medical skills; more important, he wrote: "She gave me back my hope — the courage to say this is my country too!"

Katherine Stegner Odum, now a 99-year-old Colorado resident, doggedly sought scholarships for her students at Amache camp and gave "love and compassion when we needed it badly," according to Woodland Hills resident Min Tonai. At Topaz, the late Joseph Goodman brought exuberance to student lives as a science teacher, football coach, mud wrestler and yearbook advisor. And Japanese language teacher Kenko Yamashita was remembered for rekindling pride in students' Japanese heritage, exposing them to haiku and modern literature.

Through the years, the grateful students have held reunions with some of their teachers. They have attended their funerals, written memorials, penned poems for them. A few have established scholarships, so that when they, too, are gone, their beloved teachers will not be forgotten.

"They were the best of America," Kumekawa said. "They gave us assurance and hope by believing in us."

How can the U.S. look down on Hitler if they themselves did the same thing with Japanese-Americans.