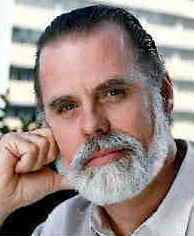 The champagne was nowhere to be found in the wee hours of Tuesday morning at the home of Taylor Hackford, even though the critically acclaimed director had just received word that his biopic "Ray" had just been nominated for six Academy Awards, including best picture, best actor (Jamie Foxx) and best director.

"No, no champagne, just my usual morning cup of tea," a laughing Hackford told GLARE.

The director is beside himself, and rightly so. His film, based on the life of legendary singer Ray Charles, has received a lion's share of industry accolades, including a nod for Hackford from the Directors Guild of America, and the Golden Globe best actor statuette for Foxx's riveting portrayal of the late musician. For Hackford, the Oscar nominations are the icing on the cake.

"When you put yourself into something the way all of us on this project did, when nobody would believe in you, then it's incredibly sweet," Hackford said of the film project that took 15 years to see the light of day in Hollywood. "And to be nominated by your peers, that's truly what it's all about."

"Ray" was seen by some in Hollywood as one man's obsession. For Hackford, it was simply a labor of love.

"It really was just that," he said. "I think that in general when filmmakers develop a project and stay with it, even for 15 years, people in Hollywood get very frightened. People who write the checks are very leery of getting on board because something has been in development for so long. We had no resources."

As for Foxx, Hackford's still in awe of the actor's performance.

"Every now and then a performance comes along that you cannot ignore, and Jamie's is one of those performances. You're looking at some of the best work by any actor that's ever been put on the screen."

The DVD of "Ray" comes out on Tuesday from Universal Home Entertainment. The extended version features 24 extra minutes of footage, as well as a behind-the-scenes featurette with Charles and Foxx working through some of the music on side-by-side keyboards.