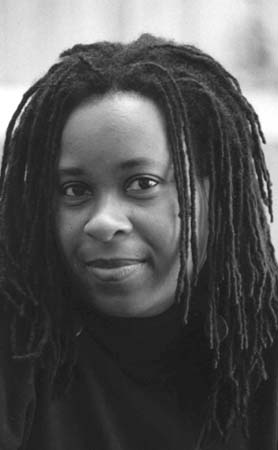 Centering the Views of Black Women: Activist Pedagogy in the Psychology Classroom

It is still the case that Europeanized scholars from Western culture develop and frame most psychological theories from their own perspectives (Wheeler, 2002). Even though one attempts in the modern psychological research laboratory to include more representative samples in recognition of prior biases due to findings based on young, white, middle-class college students, most research subjects still do not reflect a fair portion of African Americans and other minorities (except in some cases, Asians).

Applying the Activist Model to the Classroom

There are myriad courses in a typical undergraduate or graduate psychology program to which this particular activist approach can be applied, such as: Systems and Techniques of Psychotherapy, Multicultural Counseling, Health Psychology, Personality Psychology, Human Sexuality, Psychology of Women, Community Mental Health, or Experimental Research Methods, among others. The American Psychological Association guidelines which now mandate a multicultural perspective in all courses, does not go far enough to decentralize a European viewpoint. The decade-old criticism is still valid: the multicultural approach is largely “additive,” appearing as interesting side points rather than as centralized points from which to begin an analysis. Below, some specific texts are mentioned that could be used as supplemental or primary sources of content in courses taking the activist perspective.

So few academic texts exist which center the psychological perspective of African-descended women that one is challenged to uncover them and sometimes must rely instead on collections of journal articles, and on books in the popular literature (Danquah, 1999; Hooks, 1993; Boyd, 1997). In a course on research methods, students can center a black women’s perspective by investigating psychological reasons behind the reluctance of many black women (and men, for that matter) to volunteer as participants in research studies. This is a very complex issue of motivation since black women now demand inclusion in medical studies, yet are conflicted about participating in them. History documents many abuses of black women in the name of scientific advance. One of the most outrageous examples is the case of the pioneering gynecologist J. Marion Sims, who discovered techniques of repairing the tearing that some women suffered in childbirth by experimenting, sans anesthesia, on enslaved African women that he purchased solely for the purpose of his research.

In a course on Social Psychology or Health Psychology, one could assign field projects where students conduct semester-long internships at local mental health clinics, senior citizens homes, safe houses, and homeless shelters. A student researcher at the Black Mental Health Alliance in Baltimore, for instance, may be trained to facilitate a discussion with a group of women dealing with issues of psychological depression concomitant with HIV infection. As the students and their clients discuss various factors related to the feelings and causes of depression, each from their different perspectives are able to dissect the history of oppression that has culminated in present-day instances of psychological disturbance. This is an example of the activist approach that is based on theory discussed and developed in the classroom. By working in the local community at internships and organizing teach-ins and educational workshops around campus, students begin to develop a deeper understanding of the state systems that affect lives on a routine basis. When students take knowledge out of the classroom into the community (and vice-versa), they can effect change as they educate people and learn to become more empowered themselves. I agree with James (1993) that activism is an "indispensable component in learning...Action promotes consciousness of one's own political practice...”

In learning/teaching about different forms of psychological therapy, one can instruct students to create a detailed comparison of different therapeutic styles and evaluate each as to the extent to which it mirrors the cultural values that women of African descent might bring to a therapy session. Pack-Brown and her colleagues (1998), present specific techniques for therapeutic group work with African-descended women. In discussions of male and female heterosexual relationships, encourage students to consider how the brutal institution of slavery in the United States was designed to destroy the black family and to corrupt traditional, African-inspired ways of relating between men and women, and use a text that discusses how body image myths shape black women’s sexual identity (Wyatt, 1997).

In the course on Cross-Cultural Psychology, students explore the major topics using the lenses of African women from different cultures (Steady, 1981). The class explores coming-of-age rituals for young women in Ghana, the treatment of post-partum depression in Senegal, the wide variety of what is considered “abnormal” in Yoruba society, reproductive decisions of women of color around the world, African spirituality (Wheeler, Ampadu and Wangari, 2002) and women’s special place in it, the psychology of oppression and racism, and the psychologies of women of color, among other topics. The goal of the course is to encourage students to recognize the validity of different perspectives, emphasizing that of African-descended women, and to teach them how to apply their newfound knowledge to finding solutions to problems in their immediate community.

All students, but especially those who are women of African descent, should be encouraged and supported in their efforts to conduct research on psychological issues using the lens of political and social history. Through their research, students will come to learn of the omissions and distortions in the literature of psychology and can proceed to write synthesis papers and make oral presentations to other students about how the distortions should be redressed. This level of activism is available to all students. Rodriguez (1996), an anthropologist, teaches activism in her courses by “developing historical ethnographies on local Black women activists”. Using Collins’ framework of the principles of theorizing from the point of view of women of African descent, Rodriguez and I approach our scholarship and teaching confident that, “our intellectual interests in the lives of people of Africa and its diaspora are both scientifically legitimate and socially valuable”.