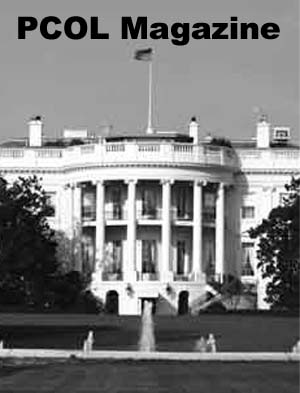 By the President of the United States of America

The great strength of our Nation is found in the hearts and souls of the American people. During National Volunteer Week, we recognize the millions of individuals who touch our lives as soldiers in America's armies of compassion. Our Nation's volunteers inspire us with their dedication, commitment, and efforts to build a more hopeful country for our citizens.

Americans take pride in the example of citizens who give their time and energy to care for the most vulnerable among us. In the past year, millions of volunteers have mentored children, provided shelter for the homeless, prepared for and responded to disasters, cared for the sick and elderly, fed the hungry, and performed other acts of kindness and community service. These selfless deeds have contributed to a culture of compassion and taught young people the importance of giving back to their communities.

My Administration is encouraging volunteer service through the USA Freedom Corps, and we have seen tremendous growth in the number of volunteers. Last year, over 64 million Americans offered their time as volunteers, an increase of nearly 5 million people since 2002. In the aftermath of the Indian Ocean tsunami, the world witnessed the compassion of our Nation as millions of our citizens donated generously to help the many people affected by the disaster. By participating in public service programs such as the Peace Corps, Senior Corps, AmeriCorps, and grassroots efforts such as Citizen Corps, our citizens are helping others. My Administration also supports faith based and community groups whose volunteers bring hope and healing to those in need.

During National Volunteer Week, we thank those who volunteer to serve a cause greater than self, and I commend the more than 200,000 Americans who have earned the Volunteer Service Award from my Council on Service and Civic Participation. I urge all those who wish to get involved to visit the USA Freedom Corps website at www.usafreedomcorps.gov. By giving back to our communities, we can change America for the better one heart and one soul at a time.

NOW, THEREFORE, I, GEORGE W. BUSH, President of the United States of America, by virtue of the authority vested in me by the Constitution and laws of the United States, do hereby proclaim April 17 through April 23, 2005, as National Volunteer Week. I call upon all Americans to recognize and celebrate the important work that volunteers do every day across our country. I also encourage citizens to explore ways to help their neighbors and become involved in their communities.

IN WITNESS WHEREOF, I have hereunto set my hand this fourteenth day of April, in the year of our Lord two thousand five, and of the Independence of the United States of America the two hundred and twenty ninth.

This story has been posted in the following forums: : Headlines; Presidents - Bush