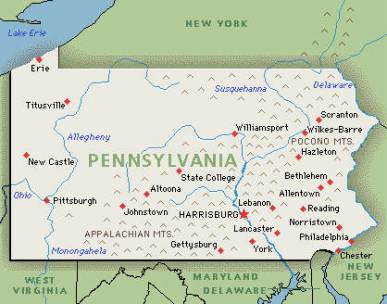 
The evolution of attorney Brian G. Price's law practice started with a hunch.

About a year ago, he went to his partners at Dougherty Leventhal & Price and told them he might be able to cultivate a clientele from the region's growing number of Spanish-speaking inhabitants.

Mr. Price, a Minooka section resident, is fluent in the language. He served for 2 years in the Peace Corps in Guatemala after studying Spanish in high school and college.

The result was a billboard on Cedar Avenue proclaiming, "Hablo tu idioma" or, "I speak your language."

"From there the response was wonderful," Mr. Price said. "It got to a point where I had to hire help because I couldn't handle all the phone calls."

The area's Hispanic and Latino population is small, but growing steadily. Pennsylvania State Data Center figures indicate the Hispanic population in Lackawanna County grew from 802 in 1980 to 1,089 in 1990.

After the success of the initial billboard, Mr. Price's firm began putting up others in Lackawanna and Luzerne counties. Today, the firm has legal aides on the staff from El Salvador and the Dominican Republic. Two attorneys at a Scranton firm who are conversational in Spanish also are experiencing a growing need for legal work from Hispanic residents.

Robert Munley III and Caroline Munley of Munley, Munley & Cartwright, said the firm has a small but growing Hispanic clientele. The firm also contracts with a translator from Argentina.

Miss Munley said business has spread from word of mouth by Spanish-speaking clients.

"The calls are becoming more frequent," she said.

He deals with people who have been injured on the job and said Spanish-speaking clients often are accompanied by a family member who speaks English.

"The biggest problem they face is a lack of information on how to use the legal system," he said.

The Munleys and Mr. Price both deal with clients from Puerto Rico, the Dominican Republic and Honduras. Mr. Price also has clients from Argentina, Brazil and Mexico.

"They work the hardest jobs and probably get paid the least amount of money," Mr. Price said.

The Hazleton area has experience a large influx of Hispanic residents, but all three lawyers said Spanish-speaking clients come from throughout the region. Both law firms maintain offices in Hazleton.

Some of his clients are illegal aliens.

"We help to assist them in securing their proper status," he said. "Every single one of our clients are trying to learn English and become U.S. citizens."

"I speak Spanish every day," he said. "We never expected this. We're happy to have a team in place to meet the needs of this new community."

This story has been posted in the following forums: : Headlines; COS - Guatemala; Law; Bi-lingual Issues; Hispanic Issues