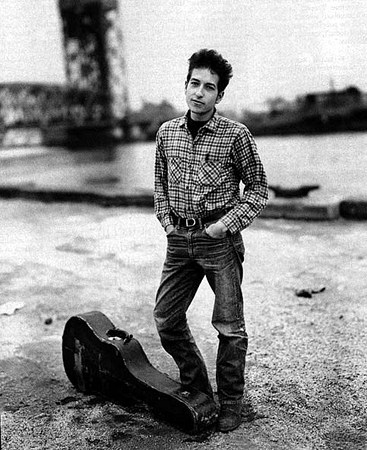 What if Bob Dylan gave other interviewers a chance?

It is the first television interview in nearly 20 years with Dylan, whose career spans the time when he was a skinny 21-year-old strumming away at Lena Spencer's Phila Street café to THE songwriter of his generation.

The rare interview with Ed Bradley comes at the same time that Dylan is pushing his new memoir, 'Chronicles Volume One.' The book's publisher, Simon & Schuster, and CBS are owned by the same parent company, Viacom. It hardly seems fair that Bradley gets the only crack at the songwriter. So in the name of fairness, we have invited some of today's best-known broadcast entertainers in on the sessions: 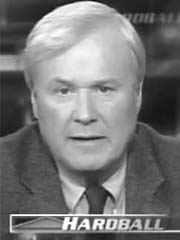 Chris Matthews: 'What in the world was up with that last guy? Hey, never mind -- let's play 'Hardball'. So you just played a bunch of concerts around New England, four shows in five nights, 16 songs each night. But unlike many of your pop music comrades, you gave a different performance each night. In Rhode Island, you started out with 'I'll Be Alone With You' and 'Tonight I'll Be Staying Here With You.' The next night you went to New Hampshire and came on with 'Drifter's Escape' and 'Dignity.' Then you crossed over to Massachusetts, and opened in Amherst with 'Maggie's Farm' and 'It's All Over Now, Baby Blue' and the next night in Cambridge you began with 'Rainy Day Women #12 & 35' and 'Forever Young.' Now, a lot of people would say this shows inconsistency. They say things like: 'If you get Bob Dylan on a good night, it's great theater; but if you get him on a bad night -- watch out.' Let me ask you sir, what do you make of all these comments?'

Matthews: 'I just want to know if this is true or not. Isn't it true that you're a friend of the Left; that songs you wrote, and these are your words, 'You don't need a Weatherman to know which way the wind blows' and 'The Vice President's gone mad!' and that 'even the President of the United States sometimes must have to stand naked,' that they influenced those disenfranchised with the direction the country was going in and inspired them to revolt?'

Matthews: 'And then later in your career, you dumped the Left and got religion in your life, and started putting Jesus Christ in your songs, and on your records 'Saved' and 'Slow Train Coming,' and the whole time people were calling you a wizard, a genius. They were going through your trash looking for scraps of wisdom. But when you talk about that time now -- about all these followers hanging on every word-- that you were removed from it all, somehow detached from that very society you helped to create. Can you honestly tell me that you were aloof to everything that was going on in this country in the 1960s?'

Matthews: 'I mean, isn't it true that the guy who wrote 'The Times they are A-Changin'ź' was in danger of becoming the person who learns 'Ain't it hard when you discover that he really wasn't where it's at?' Sir, I ask you, were the times really a-changin'? Were you so much older then, you're younger than that now? Do you know that for a fact?'

Matthews: 'That's all the time we have for today. Thank you.'

This story has been posted in the following forums: : Headlines; COS - Swaziland; Humor; Music