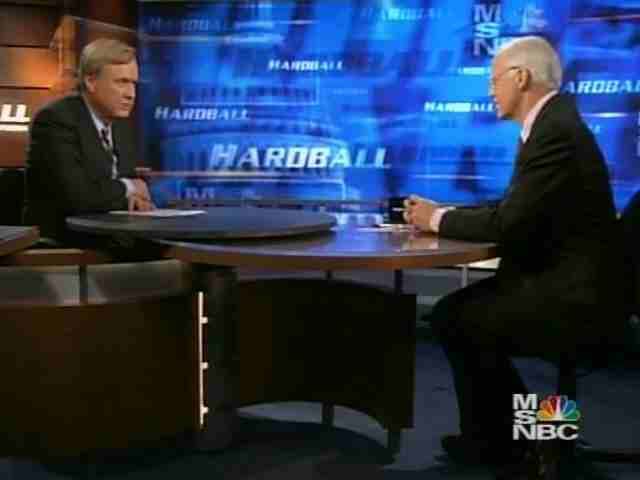 MATTHEWS: Welcome back to HARDBALL. President Bush now has one last opportunity to get Congress to pass intelligence reform that could create a national intelligence director. But is he doing all he can to exert pressure on Republican holdouts to get that bill signed? Republican Congressman Chris Shays of Connecticut is a member of the Select Committee on Homeland Security, and Democratic Congresswoman Anna Eshoo of California sits on House Intelligence. 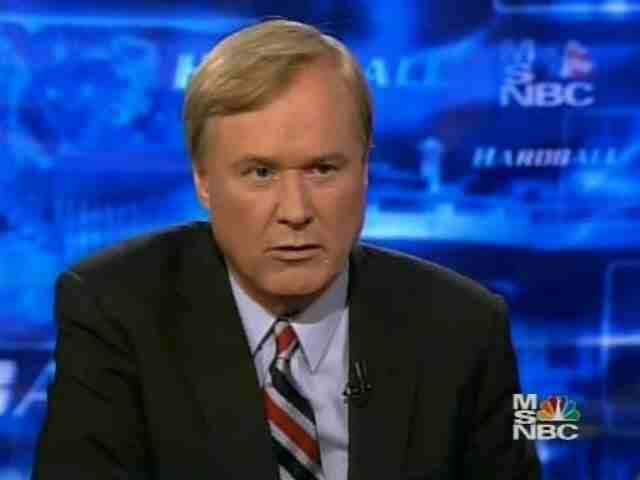 MATTHEWS: Let me ask you, Congressman Shays, do you agree one person in charge at the top is going to solve the problem?

REP. CHRISTOPHER SHAYS ®, CONNECTICUT: Absolutely—well, solve the problem, no. The problem will take years to solve, but it begins with having one person in charge, accountable, with authority over budgets and personnel.

MATTHEWS: What kind of person should that be? Should that be a person we recognize as a principal, or should it be a bureaucrat? Someone who is well known, someone who‘s a leader, a governor, for example, a Pataki, someone who comes from a big state and says, oh, I‘m confident now, this is a big person with strong executive skill, they‘re running the show, I know who to blame. 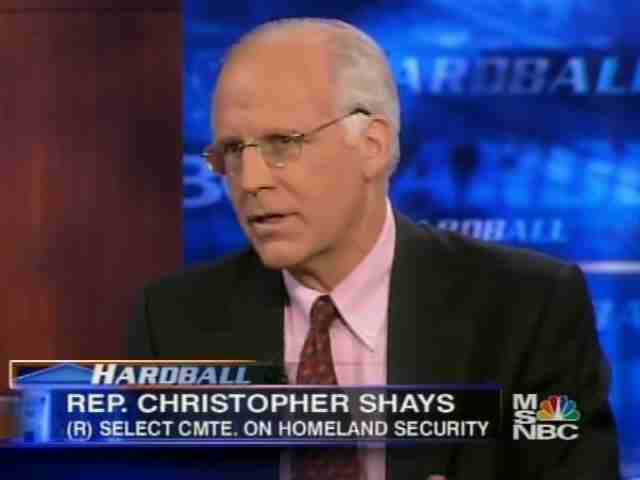 SHAYS: Someone with strong executive skills, but someone who knows where the bodies are buried and someone who is willing to be confrontational when he or she needs to be.

MATTHEWS: When the president of the United States get restless and worries if he or she is doing the job of being president, and they read something or hear something in the wind, or they get a hunch that there is a problem somewhere in the world, do they call this person or do they call the CIA director, the FBI director or someone closer to the action?

SHAYS: Well, they call this person, but this person is involved in what now is T-tic (ph), they‘re involved with coordinating and interacting with lots of different people. So they are getting information, but the president is also going to call the secretary of defense and others as well.

MATTHEWS: But who (UNINTELLIGIBLE) responsible—who‘s that—you know, in a hockey game, you got the goalie, he is ultimately responsible for keeping the other side from scoring. Let‘s be blunt about it. Somebody is responsible for making sure I got all the intel, Congresswoman, I hear everything, I got a nose for trouble. I do the job, I know who to trust, who not to trust. I get the word, I warn the president. We take action. Or I warn the national security adviser, and we take action.

Is that person supposed to be the one with the smartest nose in the country, who really knows where the trouble is, and the president can fire two seconds after an attack and says you blew it?

ESHOO: Well, I think number one, that, yes, that person has to be a person of integrity, a person that has a background that relates to what the job is, with strong executive skills. But I think that it should not be a person that—that—where the president is the customer that constantly has to be serviced. They have to be above that. And I think that we have had part of that before, and that‘s why I think a national intelligence director is so important, as Chris said, with full budget authority. It you don‘t have budget authority, you don‘t have any power.

MATTHEWS: Is he or she the president‘s...

MATTHEWS: Congresswoman, is this national intelligence director, so that everybody watching knows who this person is, is this the person who should be briefing the president every morning instead of the CIA director, or should this person be just a chief sort of executive? Should they be kind of staffer to the president as well, or operate out there on their own, and let somebody else brief the president?

ESHOO: Well, if in fact the Congress passes the legislation as recommend by the 9/11 Commission, this person will have enormous power. And so of course the president is going to want to be briefed by this person, because they will have not only budget authority but know what is going on throughout the intelligence community. Where it‘s applicable, his national security adviser will weigh in. But make no mistake, this person will be accountable and hold a great deal of power, which is essential in terms of the authority across all of the agencies.

SHAYS: Anna, one of the things that surprised me, Anna, is that how much of this has been under the Department of Defense, Chris. It‘s really 80 percent Department of Defense, and CIA, a small portion. Yet we said that theoretically, the director of the CIA was in charge of everything, but had no budgetary authority, no personnel authority. And I think Anna has spoken very eloquently over the last few months that we need to draw some of that out of Defense into the auspices of...

MATTHEWS: Let me get to a couple of areas so we know who we‘re talking about here. Congresswoman, if—who is responsible for knowing where bin Laden is right now? Nobody knows, but who is blowing it? Let‘s (UNINTELLIGIBLE) jobs here of intelligence. Somebody is supposed to know as best they can where this guy who attacked us is, and nobody seems to know right now. Who is going to get the job of finding out where he is, to start with? That‘s a good job description, find bin Laden and kill him, or arrest him. Who‘s got that job now?

ESHOO: Well, right now it really rests with the CIA and our covert operations.

MATTHEWS: So they are not doing—they can‘t do that job. They have not been able to find him or Zawahiri, his No.2. They got enough—they can send out videos like K-Tel (ph) Records, but we can‘t catch them. OK.

Who should be able to catch this guy?

ESHOO: Well, it is the work of the intelligence community...

MATTHEWS: The CIA or the DIA? If the DIA gets 80 percent of the money, what do they do? Do they try to catch Zawahiri and they‘re trying to catch bin Laden and they‘re not—Congressman?

MATTHEWS: I‘m just trying to learn this all. We have a station chief in Islamabad. We probably have someone there with the title cultural affairs officer, who‘s in fact a spook. We finally have somebody there as a military attache. He‘s also a spook. We‘ve got CIA people all around the world. We‘re notorious for it. How come they are all missing bin Laden?

SHAYS: Well, partly because they were weak for so many years. We didn‘t allow the FBI to share information within itself, between intelligence and investigative. But we didn‘t empower the CIA. And another problem we have is if don‘t have an embassy in a country, we‘re basically having to depend on secondary sources.

MATTHEWS: Right. But we‘ve got embassies in Afghanistan and in Pakistan...

MATTHEWS: And that‘s where we think he is.

SHAYS: Yeah, but now we do. But we‘re playing catchup. I mean, that‘s our big challenge. But we‘re not—we weren‘t in Iraq, and we had bad intelligence. We‘re not in Iran, and we don‘t have great intelligence there as well.

MATTHEWS: OK, thank you both for joining us today. Congressman Shays, it‘s always great to have you. Congressman Anna Eshoo as well.

This story has been posted in the following forums: : Headlines; COS - Fiji; Politics; Congress; COS - Swaziland; Journalism; Television