Dr. William E. Hurwitz, who volunteered as the medical director for Peace Corps Brazil in the 1970s, took the stand at his trial to defend himself 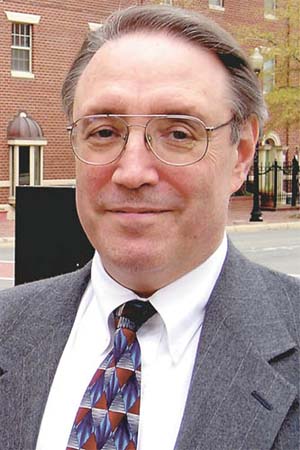 Dr. William E. Hurwitz, who volunteered as the medical director for Peace Corps Brazil in the 1970s, took the stand at his trial to defend himself

Dr. William E. Hurwitz began by answering questions from his attorney about how he came to specialize in pain treatment and the difficulties he had with it over more than a decade.

Hurwitz was sanctioned by the Washington, D.C. Board of Medicine in 1991. Trouble for Hurwitz occurred, he testified, after he prescribed medication to one of his patients whose wife was dying of breast cancer and provided a stock bottle of Percocet to a doctor in Paraguay.

"The experience before the D.C. Board introduced me to literature about pain as well as to people who were involved with pain research," testified Hurwitz, who volunteered as the medical director for Peace Corps Brazil in the 1970s and practiced internal medicine in Washington, D.C. from 1978-1991.

By that time, Hurwitz, who treated his first patient with chronic pain in 1978, had five chronic pain patients.

"Having a patient with a problem focuses your attention," he testified.

The number of patients he treated for chronic pain grew to 200 as his understanding of treatment with opioid therapy grew, he testified. "There is no clinical limit to what a patient may require to experience relief," he said, addressing the very high doses of pain medications he prescribed for many of his patients. "Opioid exposure appears not to cause any damage."

But in 1996, Hurwitz's license was revoked by the Virginia Board of Medicine and he was required to complete continuing medical education in the pharmacology and physiologic actions of drugs, psychiatry and addictionology and in record keeping and practice management.

When he resumed a practice specializing in opioid therapy in 1998, he required patients to fill out a consent agreement form, letting patients know they would be terminated if they abused medication, illicit drugs, sought prescriptions from other doctors or sold drugs that he prescribed.

"This gave me the flexibility to discharge a patient," he said. Hurwitz testified that he counseled patients, alerting them to the dangers of opioid therapy and the associated social complications and financial burdens.

Hurwitz said his $1,000 initiation fee and his monthly fee, which ranged from $125 to $250 during the course of his practice, covered the cost of all visits no matter how many. "I wanted patients to talk to me, and not to worry if they could incur further charges. I wanted them to have open access to me."

He also trusted patients to monitor their own pain relief. "Pain fluctuates from patient to patient, I believed my approach with patients should be to give them freedom to control pain," he testified.

By the fall of 2001, Hurwitz said he started ordering drug screens of patients when he said he realized a percentage of his patients were abusing cocaine and his prescribed medications.

"I didn't have a concept of red flags, I had concept of aberrant or problematic behaviors."

"I was aware of the investigation of me beginning in early 2002," testified Hurwitz, who said he was "shaken up" by a number of his patients' positive urine screens for cocaine use.

"I was wrestling with this issue, trying to reconcile how to deal with these patients," Hurwitz said.

But abrupt termination was never a reasonable option, only tapering patients down from high doses, he testified. "[Abrupt stoppage of medication] subjects people to a form of torture."

Hurwitz announced the closure of his practice on Sept. 1, 2002.

Rossi then referred to the 1996 order by the Virginia Board of Medicine, which revoked Hurwitz's license in 1996.

"Stephen Bresko passed away on Jan. 15, 1996 in Pigeon Forge, Tennessee. Is it true that he was a patient of Dr. William Hurwitz?" Rossi asked.

Rossi repeated this process for one other patient mentioned in the Virginia order and with two of Hurwitz's patients who died between 1998-2002.

"From January 1996 to February 2001, you were prohibited from practicing for 23 months. So in 39 months you had four patient deaths and a patient come near death," Rossi said. "You averaged a death every eight or nine months, true?" …

"The charges in this court order are eerily similar, if not identical to many of the things we heard from patients and their records in this trial, true?" Rossi asked.