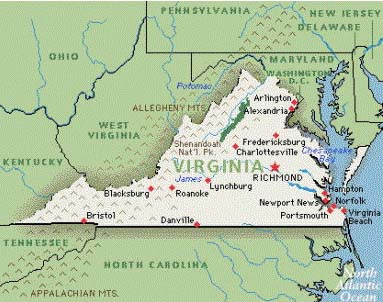 Linda H. Gray has been named director of international programs at Virginia Tech. That announcement from Provost Peggy S. Meszaros came recently at a meeting of the University Council for International Programs (UCIP).

Gray was formerly director of international exchange programs within the University Office of International Programs (UOIP). In her new role, she will provide overall guidance, vision, coordination, and visibility to the university's internationalization efforts. Her duties will include promotion of international programs; oversight of student-exchange and study-abroad programs, including the Center for European Studies and Architecture; faculty international-education services; international linkages; and UOIP budget, administrative, and personnel functions.

"We are delighted that Lyn has accepted these increased responsibilities," Meszaros said. "Internationalizing the university experience is a key component of our Academic Agenda, and Lyn brings a wealth of experience and capabilities to help move the university forward in that direction."

Gray earned a bachelor's degree in French at Mary Washington College and a master of science in Russian Language and Linguistics from Georgetown University. Her interest in languages and cultures has sent her to 50 countries around the world. She served in the Peace Corps as a high-school teacher in Liberia and then as a trainer of new volunteers. She returned to Georgetown as director of International student activities in 1976, and in 1980, she became the university's assistant director of a new program, the Center of Immigration Policy and Refugee Assistance.

In 1983, Gray went to Zaire as the Peace Corps' associate director for programming and training, and from 1986 to 1989, she served as Peace Corps country director in Niger. She next went to Washington, D.C. and served as executive director of the National Peace Corps Association, a non-profit organization of 7,000 members and 106 affiliate groups.

Before joining Virginia Tech in 1995, Gray served as a management adviser and trainer for the Environmental Protection Agency and worked independently as a training consultant.

The council also set five goals for this year: (1) increase the visibility of international activities on campus; (2) evaluate and make recommendations for overcoming barriers for undergraduate international students in receiving financial aid, visas, and other critical components of studying in the United States; (3) create an international alumni database; (4) establish an international research database; and (5) update procedures and funding related to international exchange scholars.

This story has been posted in the following forums: : Headlines; COS - Liberia; NPCA