The Coyne Column: Peter McDonough writes "Why do you study Jesuits?" 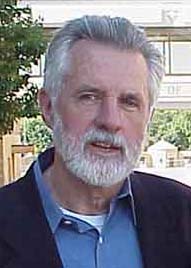 The Coyne Column: Peter McDonough writes "Why do you study Jesuits?"

The Coyne Column: "Why do you study Jesuits?"

Peter McDonough is a Professor Emeritus, Political Science, Arizona State University and a Returned Peace Corps Volunteer who served in Bangladesh (East Pakistan) from 1961 to 1963. Read this excerpt from his essay about Jesuits that will appear in the Spring issue of 'Studies in the Spirituality of the Jesuits,' a quarterly published by the Seminar on Jesuit Spirituality. I think you will enjoy it.

"Why do you study Jesuits?" 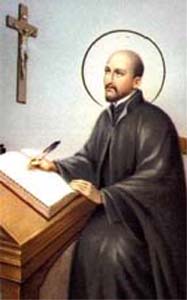 Caption: The Society of Jesus is a Roman Catholic international religious order founded in 1540 by Ignatius of Loyola and nine companions. The Society now numbers over twenty-five thousand men and is present in more than one hundred countries around the world. They take vows of poverty, chastity and obedience, and live together in community. Jesuits are engaged in a wide variety of works: there are Jesuit parish priests, spiritual directors, writers and teachers, but also actors, lawyers, doctors, sculptors and astronomers. Photo: Holy Spirit Interactive

"Tell me, Professor McDonough," the dean asked from behind her desk, "why do you study Jesuits?"

It had been a long day. The members of the search committee wanted to hear about my work in Brazil and Spain. Instead I gave a talk about a study of the Society of Jesus I hoped to get started. They made a few inquiries. None of my answers were very convincing, even to myself.

I paused for a moment. "Because if I didn’t study the Jesuits," I replied, "I think I would break out in a rash."

"Oh, my," the dean said (she was English), salting alarm with drollery. "Don’t do that."

Britannic composure one, Irish impulsiveness zero. I didn’t get the job. A few years later my first book on the Jesuits appeared-"Peter’s midlife crisis book," a colleague observed. Then, ten years later, another book, written with Gene Bianchi, came out, this one comparing Jesuits and former Jesuits.

I’m still not sure why I study Jesuits. Two things come to mind, however. One is that I attended Jesuit schools for a total of nine years. I graduated from Brooklyn Prep (now Medgar Evers Community College) with the class of ’57, from Saint Louis University in 1961, followed, after a couple of years in the Peace Corps, by a one-year stint of graduate study at Georgetown. These nine years are a treasure house. Dan Berrigan brought me to downtown Manhattan to meet Dorothy Day and shoot hoops with the Puerto Rican kids. When Dylan Thomas and the Beats were the rage, Walter Ong urged me to pay attention to the metaphysical poets. "Walter has a hundred ideas a day," the brethren used to say of him, "and ninety-nine of them are crap. But one is usually a humdinger." And so on.

In the second place, a good deal of my professional life has been devoted to studying authoritarian regimes and their undoing. It would be misleading to suppose that there is a straightforward connection between the Catholic condition and authoritarian politics, just as it would be odd to equate what the church has been going through since Vatican II with democratization. But there are some parallels. These rough analogies, together with re-entry into the Jesuit world after a long absence, produced a shock of recognition.

Transitologists customarily look at dual regime transformations. How do you get from non-democratic to democratic politics? And, in the case of communist regimes, how do you get from command to market economies? Alongside these political and economic shifts, there is a third dynamic, less commonly studied, having to do with cultural upheavals. These are sea-changes in values and beliefs that condition the prospects of the more clearly tangible transitions. This is the sort of metamorphosis that attracted me to research on Catholicism and, because I had some experience with them, to the Jesuits in particular.

This story has been posted in the following forums: : Headlines; COS - Bangladesh; Writing - Bangladesh; Religion; Catholicism; COS - Ethiopia