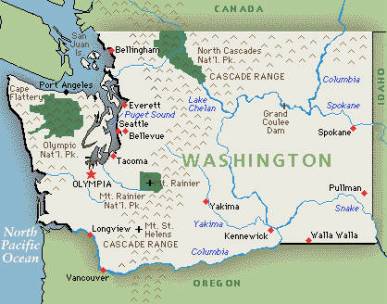 "I thought a lot about retiring after the surgery," Sayre, 63, said. "But the (Economics) department here was so good in how they responded to my situation and gave me a lot of support."

"I didn't just want to walk out on the department after they gave me so much support," Sayre said. "This time next year I'll be thinking about retiring."

He suffered pain in his stomach and intestinal area for approximately 18 months, without discovering a cause or a cure.

"I had literally gone around the world to try and find somebody to diagnose what was going on," Sayre said. "Nobody could figure out what was going on and it turned out that it wasn't gastrointestinal at all."

Sayre visited his gastrointestinal expert's office for a checkup and he suggested that exercise was missing. Before starting any exercise, his doctor wanted to do a treadmill test.

"He had me do a treadmill test and bingo, they discovered that I was just days away from a major heart attack," Sayre said. "They are pretty sure in my case that it was genetics. It didn't really matter what I ate, I was destined to have this problem."

He underwent quadruple bypass surgery Feb. 1 and was released from the hospital Feb. 6.

Upon learning of Sayre's condition, the Economics department needed someone to take over his classes until he could to return. Professor John Krieg volunteered to fill in until Sayre could return.

"I got a call the morning of his class and since I wasn't teaching that day, I said 'sure," Krieg said.

After learning the seriousness of Sayre's condition, the department decided it needed a replacement for the rest of the quarter.

"I started not knowing I was going to be there for the whole quarter," Krieg said. "I went intending to just give guest lectures based upon material that it sounded like he was covering. It was only a week afterward that I found out I was going to teach the entire class."

Krieg says he is more intuitive and description oriented person while Sayre focuses more on the technical aspects.

"It was not easy for the students nor was it easy for me," Krieg said. "John and I have very different approaches and techniques. I'm sure it was very difficult for students to make a jump from one to the next."

Western sophomore C.J. Hudson, currently enrolled in Sayre's Introduction to Macroeconomics, says he really enjoys his lectures. "He's pretty animated and gets pretty worked up. You can tell he loves economics."

Western freshman Amanda Hornshaw takes Sayre's Introduction to Microeconomics because it counts as a general university requirement. "But he actually makes it interesting," Hornshaw said.

"All my life I've been concentrated in how to teach the basic principles of economics," Sayre said, "so that's what I like doing."

This story has been posted in the following forums: : Headlines; COS - Malawi; University Education; Economics