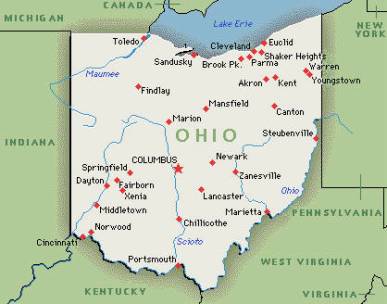 Local volunteers lobbied Congress last week for increased funding for the Peace Corps as part of a weeklong celebration commemorating the 44th anniversary of the organization.

The volunteers, who are members of the Athens-Area Returned Peace Corps Volunteers (AARPCV), hope for additional endowments to this year's record-breaking amount.

President George W. Bush allotted $345 million to the Peace Corps on Feb. 7 for fiscal year 2006, which was a $28 million increase from 2005. The organization's current budget of $317 million was previously the highest appropriation in its history.

As one of five such groups in Ohio, the AARPCV helps recruit new people to the Peace Corps, participates in the International Street Fair in Athens each spring, and conducts public-service projects.

Jennifer Cochran, assistant director of communications and graduate programming for the Center for International Studies at OU, said the AARPCV consists of graduate students, OU faculty and staff, and community members who have served in the Peace Corps. OU consistently produces a high number of Peace Corps volunteers each year, she said.

"There is a good ethic of community service and a strong international focus here, which translates well into Peace Corps service for our graduating students or recent graduates," she said.

Peace Corps Week was celebrated across the country last week. Thousands of former Peace Corps volunteers, representing service in more than 135 nations, shared their experiences with communities across the United States.

The AARPCV, along with other returned and future volunteers, brought Peace Corps Week to Athens, and planned numerous events to celebrate the organization's anniversary.

On Friday, several returned Peace Corps volunteers were scheduled to speak to students at Federal Hocking High School about their experiences in the Peace Corps. Among them was Karl Federspiel, OU's campus recruiter for the Peace Corps, who volunteered in a remote village in the Philippines from 1997 to 1999.

"I see the world differently now, and I am aware of other cultures and am more sensitive to their beliefs and values, even within the United States," Federspiel said in an interview last week. "I try to share this awareness with others, which is why trips to schools, like Federal Hocking, are such an important part of fulfilling the Peace Corps' goals."

Cochran added that speaking to students and community groups helps volunteers accomplish the third goal of the Peace Corps, which is to educate people in the United States about the developing nations in which the volunteers serve.

Currently, 23 former OU students are serving in the Peace Corps, and last year the university sent an all-time high of 45 volunteers to developing nations around the world.

He said this makes the Peace Corps and OU "a perfect match," and that more than 600 OU alumni have served as volunteers with the organization.

Cochran said Peace Corps volunteers are informal ambassadors of the United States and help break down stereotypes that people from abroad have about Americans.

"They help build bridges across cultures and nations," she said. "Volunteers share their lives with people in their host countries, so each OU student who serves in the Peace Corps helps to raise awareness of their alma mater in their countries of service."

Peace Corps volunteers commit 27 months to service in one of 72 countries. The first three months are dedicated to cultural, programming and language training in the country, and the following two years are spent doing volunteer service there.