Moreigh Wolf says: It turns out you are not worth a damn thing to the Peace Corps if you’re queer—unless you want to give up your partner 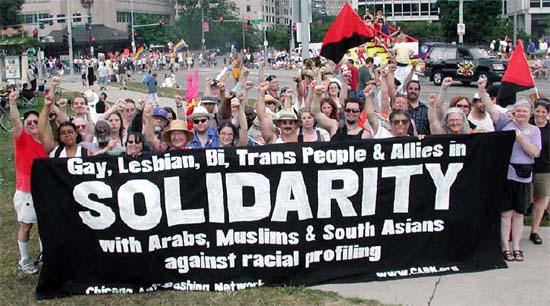 Moreigh Wolf says: It turns out you are not worth a damn thing to the Peace Corps if you’re queer—unless you want to give up your partner

After more than a decade together my partner, Jamie, and I are still spontaneous people. Our daughter spent a great deal of time in Thailand last summer in areas that were devastated by the December 26 tsunami. She has a lot of friends there, and many of our friends love Thailand. After watching the horrific news I talked to my daughter, who now lives in London. She was pretty devastated, and it occurred to me that Jamie and I don’t really have any obligations that keep us tied to one place. We do dog rescue here in Hanford, Calif., but we could place the dogs we currently have and go off to do relief work.

I said, “Hey, honey, what do you think? We could go volunteer and spend a couple of years helping in some devastated area.” She went on the Internet, and the first thing we both thought of was the Peace Corps. I’m 48, and in my childhood the Peace Corps was iconic. You could go on a secular mission to bring goodwill to the rest of the world.

Once you join the Peace Corps it actually takes quite a long time to be sent to where you’ve been stationed. Generally, you make a two-year agreement, so you’re really making a huge commitment, and that’s great: We’re ready.

Jamie’s got a lot of medical education—she’s an acupuncturist and a body worker, and she’s got a master’s degree in Chinese medicine. I’ve got a nurse’s aide background, and I’ve done hospice work. Maybe it’s not much, but it’s experience, and we have concern and motivation as well. But it turns out you are not worth a damn thing to the Peace Corps if you’re queer—unless you want to give up your partner.

Jamie pulled up the Peace Corps e-mail address and I sent off a brief note of inquiry asking what the process and the options for a gay couple would be. The response was very brief: “We don’t recognize or accept gay and lesbian couples as partners.”

The gentleman I wrote to was very helpful and forthcoming with information. We really didn’t get any further than this initial contact, and we didn’t bother getting an application. We could apply as individuals, but they probably wouldn’t station us together.

So we’re looking for other ways to volunteer. The tsunami devastation is in our faces now, but it will also be in our faces when the media coverage dies down, because for us it’s personal. But I don’t know if going through a volunteer organization is the way for us to go.

I’d always thought, Maybe I’ll go do the Peace Corps someday. I’ve made different choices in my life, but now it seemed like something profound that we could really do. The Peace Corps seemed like a vestige of what Americans are supposed to be as opposed to what the rest of the world thinks Americans are. It was a shock to us to have that image shattered.

No, Jamie and I aren’t legally married. But we have been through so much together, I don’t know how anyone could possibly be more of a couple. People have died; people have been sick in both our families; we’ve gone through my son’s teen years. Our daily rhythms are aligned, and we wanted to do something together.

We are still very motivated to volunteer, but we’ve learned that it’s going to take a long time. We’re more likely to be active, on-the-spot volunteers in eight months or a year than right at this moment. But we do plan on going to the tsunami-affected area, and next year we won’t have any trouble with that.

I don’t think about how far the tentacles of the evildoers in the White House reach on a daily basis; it just seems insidious. I feel like, Queer rights, yeah, we’ve made great strides, but when we try to do something that supposedly fits the values of the opposite party, we still get blocked. I’m 48 years old, and I’m tired of it. I’m just burned-out.

As told to Christopher Lisotta.

This story has been posted in the following forums: : Headlines; Gay Issues