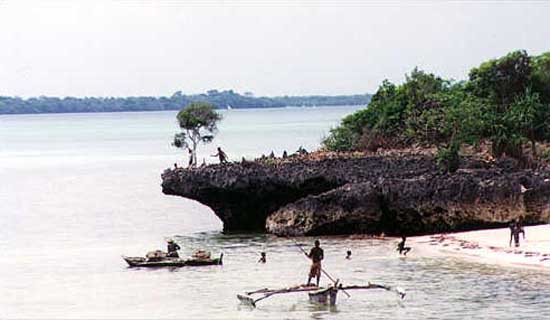 I was a Peace Corps Volunteer in Benin from 1995-1997. Last July I went back for the first time since I left in 1997, and while I was there I filmed this five part documentary. I spent innumerable hours at my town's public access TV station using their professional equipment to edit the footage into a five part, three hour long documentary about Benin. Each episode contains subtitles, voice over commentary, and maps of Benin. The episodes and topics covered in each episode are below. Ordering information is also below.

Each episode features the Beninese singer Kaleta, and his song "Gbeto-Magnon" from from his latest album, Kaléta Jaa. He generously donated the usage of his song for this DVD.

Our hotel
A tour of my old Peace Corps house
Adjacome- (A tour of my neighbors' houses)
A tour of Allada
The Yovo song
Allada market
Bush taxis
Episode Topics
3 Business in Benin (Approx. 30 mins)

King of Allada and his royal palace
A tour of the village of Agongblame (the setting for the Gambara Voodoo Ceremony)
Gambara Voodoo ceremony- offerings, drumming, dancing, and dancers falling into trances
Having our Fah read by my bocono. (Fah priest) Fah is a traditional African form of divination like Tarot Card Reading.
Ja Voodoo cult chicken sacrifice ceremony ( Ja is a god that protects against snake bites and witchcraft)

A trip through Ganvie (the village on stilts built over a lagoon sometimes know as the "African Venice")
A Tour of the Village of Lissegazoun by motorcycle taxi
Crossing lake Ahemé in a pole propelled pirogue
The slave road in Ouidah: where slaves were marched to the beach and put on the slave ships.
Traditional fishermen on the beach of Ouidah: They are pulled up on the beach by hand
Gran Popo: the Beninese beach paradise

NTSC* copies are ready for release! The cost will is $25 for all five episodes (two DVD's) including shipping anywhere in the world. All profits will be donated to my friends in Benin who appeared in the video. They are desperately poor and your purchase of the DVD's will help them tremendously.

To order a copy, pay with Pay Pal using your credit card or withdraw directly from your bank account. Send payments to my user ID which is the same as my e-mail address: cstarace@yahoo.com or use the "Buy Now Button".

You can mail me a check also. E-mail me and I'll give you my mailing address. When ordering be sure to give me your shipping address and which format you want: NTSC or PAL (see below for details)

Thanks for your interest and support!

*NTSC is the video format used in the United States and in many other Countries. PAL is the video format used in Europe and in countries where NTSC is not used. Note that most computers equipped with a DVD drive will play both NTSC and PAL. Some stand-alone DVD players will play both NTSC and PAL but unless your television is a multi-system TV (not very common) your picture will be scrambled. Some DVD players convert the signal from one format to the other so check your equipment specifications before ordering. For more information about video formats as well as a list of which country uses which video format, click here: List of Countries and formats Video FAQ's
*

PAL DVD's will be available by mid-February.
*

DVD's not labeled "PAL" are recorded in the NTSC format.

Beginning in January the series will be aired on GO-TV (Greater Ossining-TV, Channel 18) It is a Cablevision public access TV station so only Cablevision customers will receive it. To see if you should receive GO-TV go to the Coverage Area Page

To Get the current schedule go to the Schedule Page

A one and a half minute trailer video will air on GO-TV in December on Friday evenings at 9:00 as well as at other various times.

The series will run for one month- probably Mid January into February.

The series will run again in future months in case you miss any episodes.

This story has been posted in the following forums: : Headlines; COS - Benin; Documentaries; Television