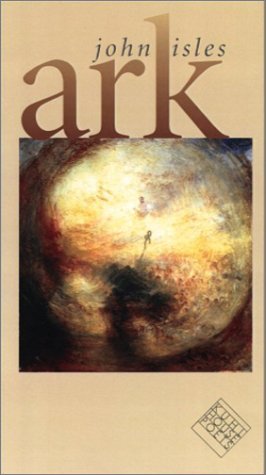 ALAMEDA -- If ever there were a moment to occupy fully, it would be now for Alameda poet John Isles, who this month won a National Endowment for the Arts grant.

Isles, 42, was awarded $20,000 from the NEA for a series of poems in his first book of poetry, "Ark," which, he said, reflects his struggle to avoid getting stuck in the past.

The slim volume of poems is thick with images of Long Island, where Isles grew up in a working-class background with parents who, he said, valued hard work over the dreamy purview of poetry.

Indeed, Isles' journey to his current station as poet and teacher has been circuitous.

He didn't begin writing until his late 20s while stationed in Estonia in the Peace Corps, he said. And he continues to work as a high school English teacher in Union City to pay the bills.

"I was more of a closet writer," Isles said. Writing, he said, "didn't seem like a very realistic thing to do."

"Ark," published in 2003 by the University of Iowa Press was new territory for Isles.

"The book was already a big thing," he said. "The grant is something that augments the book."

Isles was one of 45 writers around the country to receive a Literature Fel- lowship in Poetry this year from the NEA, and one of only four Californians.

More than 1,590 writers applied for the award, which, according to the NEA, encourages the production of new work and provides writers the time and means to write.

Established by Congress in 1965, the NEA will award artists and organizations more than $21 million this year through 839 grants.

The grant will allow Isles, who lives in Alameda with his wife and newborn, to take the summer off to write, he said. He usually teaches summer school.

"School really competes with my time to write ... For me, the real job is poetry," he said.

This story has been posted in the following forums: : Headlines; COS - Estonia; Writing - Estonia; Poetry; Awards