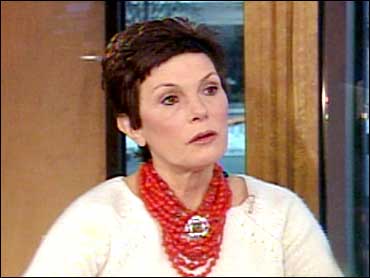 Michael Jackson has pleaded not guilty to charges that he molested a 13-year-old boy and plied him with alcohol. After two years of accusations, hearings, rumors, claims and counter claims, the trial of the 46-year-old pop music superstar is getting under way in California with jury selection. VOA's Barbara Klein talks with Maureen Orth, who is covering the case for Vanity Fair magazine. She says that 4,000 citizens of northern Santa Barbara County have been summoned to be part of the jury pool.

ORTH: The first few days will simply be a weeding out process for hardship cases [people who can't serve on the jury for personal reasons]. And then they're going to have to fill out a very extensive questionnaire and then, based on that, the judge and the defense and prosecution attorneys will ask them a series of questions to determine whether or not they should be jurors.

KLEIN: That's going to take a long time to go through so many people in such a highly publicized case.

ORTH: Yes. They're expecting that jury selection alone is going to last a month.

KLEIN: A new report claims that police found some new damning evidence at Mr. Jackson's Neverland ranch compound, where he allegedly committed the molestation. Is there any concrete evidence that you know of, and if so, what is it?

ORTH: They did an extensive search of Neverland and the police have recovered - supposedly, I don't think we'll know until it comes out in court because things have leaked, but everything is under seal. There's so much secrecy in this case, much more than usual. But they have supposedly found pornographic material with both the boy's fingerprints on it and Michael Jackson's fingerprints on it. The prosecution will argue that Michael Jackson induced this young boy and his brother to drink white wine out of Coke cans. He called white wine "Jesus juice" and red wine "Jesus blood," that he got them drunk and then showed them pornography to arouse them before he molested this one boy.

KLEIN: Several friends of Mr. Jackson have been quoted by magazines recently describing Michael Jackson as almost cavalier about all of this. What is known about Mr. Jackson's psychological state?

ORTH: I don't think anybody really knows very much about his current psychological state because there is a gag order and people who are close to him are not supposed to be talking to the media. He has in the past shown very inappropriate behavior when he goes to court. When he got indicted, if you recall, he jumped up on the hood of an S-U-V and started waving to the crowd as if he were at a rock concert instead of just having been charged with very serious crimes. So he doesn't really live in the same world that the rest of us live in. And his past behavior is often, I guess the best way to describe it is he really just doesn't think that he has to follow the same codes or laws that the rest of us do. I think he considers himself as being apart. I really think that he has been affected by fame. There actually are a couple of psychological states that are called situational narcissism. There are different things which really people...their whole minds bend because they're never, never treated like the rest of us and they really do think that whatever they say or do is okay, somehow.

KLEIN: It sounds reasonable, as some people suggest, that Michael Jackson could just be the subject of people who are trying to extort money from a wealthy superstar.

ORTH: Usually people who are being extorted have the means to fight extortion, if it's pure extortion. People usually don't pay $25 million because something is a nuisance or they feel they're being extorted. If you really think you're being extorted, you can go to the police and prove otherwise. He chose not to do that. Most notably, in 1993, when Michael Jackson settled a civil suit with a young boy at that time for, I think, in excess of 25 million dollars.

KLEIN: Is there any chance that he will get a fair trial?

ORTH: That's hard to say. There's been a tremendous amount of publicity in the case. I think everybody is trying as hard as possible to see that he gets a fair trial.

KLEIN: That's Maureen Orth, who is covering the Michael Jackson trial for Vanity Fair magazine. She says she has her work cut out for her - the trail is expected to last five to six months.

This story has been posted in the following forums: : Headlines; COS - Colombia; Journalism; Television