Sierra Leone RPCV Joseph Opala plans to film a documentary of the trip to Sierra Leone, which organizers have dubbed "Priscilla's Homecoming" 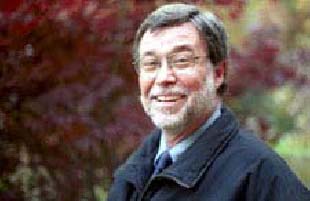 Sierra Leone RPCV Joseph Opala plans to film a documentary of the trip to Sierra Leone, which organizers have dubbed "Priscilla's Homecoming"

HARRISONBURG -- While many Americans dig for clues to their ancestry, an African-American family in South Carolina has found a nugget of genealogical gold.
VA


Thanks in part to the research of a Virginia anthropologist, Charleston, S.C., resident Thomalind Martin Polite can trace her roots to a little girl named Priscilla who was taken from Africa as a slave 249 years ago.

The work of James Madison University professor Joseph Opala and a descendant of the plantation patriarch who purchased Priscilla complete Polite's family genealogy in America through seven generations. Polite knows who her great-great-great-great-great-grandmother was.

In March, Polite plans to trace her ancestor's footsteps on a trip to the West African rice coast, the place of her likely lineal origins.

"I'm honored to be a part of it and definitely feel that I have a piece of the family puzzle that a lot of other people don't have," Polite said last week by phone. "It's a great feeling."

Opala plans to film a documentary of the trip to Sierra Leone, which organizers have dubbed "Priscilla's Homecoming."

He lived in West Africa and has researched the slave trade there for most of the last 30 years. Opala has focused much of his work linking the African rice cultures with descendants of the rice-planting slaves who live along the South Carolina and Georgia coasts.

These people, called Gullah, who live in the coastal "low country," are famous for how well they have preserved the language and culture of their African ancestors, Opala said.

Opala previously filmed documentaries that chronicle Gullah "homecomings" in 1989 and 1997. The first trip reunited Gullahs with the rice coast culture of their roots. The second homecoming sent back a Gullah family who preserved through the generations an African-language funeral song traced to the Mende people in Sierra Leone, Opala said.

Sierra Leoneans cheer and fete their returning relatives like celebrities, because they consider the return of a long-lost family member a blessing of good fortune, Opala said.

While he was there, as recently as 1997, many in Africa asked if he could link a specific person to their culture. The funeral song link was almost a research miracle. But the trace from a specific slave girl to a family in South Carolina has overcome even longer odds, Opala said.

"I think what's exciting about this is the outcome and the process," he said. "We can trace the name of the ship, of the captain, the crew members, the day they sailed, who handled the [slave] sale in Charleston and who purchased Priscilla."

The little girl was purchased by Elias Ball, a South Carolina rice planter whose family kept meticulous records of their Comingtee Plantation and its slaves.

Polite's paternal family owes much for its genealogical record to one of Ball's direct descendants, Edward Ball.

Her father, the late Thomas P. Martin of Charleston, had done some of his own genealogical work when Edward Ball approached him in 1992. In Martin's home, Ball laid out a family tree that showed Priscilla on one end and Martin on the other.

The family was elated.

The precise location in Africa of Priscilla's origin is unknown. However, most of the captives on the Hare came from the area that is now Sierra Leone, Opala said.

Years later, Opala's research off the Sierra Leonean coast led him to the New York Historical Society in search of the Hare's original records. He found letters from Caleb Godfrey, the ship's captain, to its owners, Samuel and William Vernon, merchants in Newport, R.I., Opala said.

The dispatches revealed when the ship set sail for Charleston and when it arrived. The ship's records also included original accounts of the slave sale, handled by Charleston-based slave trader Henry Laurens.

Laurens' own account shows that Elias Ball bought three boys and two girls. He gave them all English names. He named one of the girls Priscilla, Opala said.

In 2003, Opala approached the Martin family with the idea of a "homecoming" voyage to Sierra Leone and documentary film.

Polite, whose father died in 1998, eagerly volunteered, she said.

"I know how much my father would like to have gone if he were alive," Polite said. "Because it's become so important to me as well, I jumped at the chance to be part of it and to see where Priscilla came from."

Last year, residents of Newport, R.I., launched the "Project Priscilla," a grass-roots effort to raise money for Polite's trip to Africa and back via Rhode Island, where Polite would give talks.

Organizers there wanted to help the Northern port city come to terms with their predecessors' role in the trans-Atlantic slave trade, said Valerie Tutson, one of the project leaders.

"Not only does this allow us to look at the past, but it allows us to write a new chapter in history by righting a wrong and helping this woman take a trip to her ancestral homeland," Tutson said.

Ships from Newport made more than 900 slave-trading trips to Africa that brought about 100,000 people to toil on plantations in North America and the West Indies, Opala said.

Polite's tentative plans in Sierra Leone include a visit to the ruins of Bunce Island, the former British slave castle. Plans also call for her to meet with Sierra Leone's president, attend gala receptions and travel to a traditional rice farm.

Her ancestors' expert cultivation of rice made them valuable to Southern planters in the American colonies, Opala said.

Polite feels a nervous excitement as the time for the journey approaches, she said.

"I'm anxious to see Sierra Leone and to see Bunce Island, but I'm nervous because I don't know what to expect," said Polite, a speech therapist with Charleston County public schools.

"It's overwhelming now, I can just imagine what it's going to be like there."

This story has been posted in the following forums: : Headlines; COS - Sierra Leone; Black Studies; Anthropology