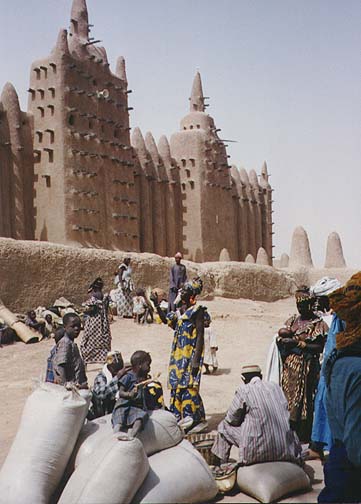 If life experiences can be translated into novels, then Kenneth Hawkinson, professor and chair of Western Illinois University's communication department, has many waiting to be written.

Hawkinson has recently published "The Oil in the Lamp," released by Publish America in November 2004. The novel follows a young man through his discovery of self-awareness and understanding, using countless proverbs and metaphors.

Through his travels in the Peace Corps and while teaching on a Fulbright Scholarship, Hawkinson studied the effects of Western society on the cultures and oral traditions of West Africa.

"In Africa, storytelling is still very much a part of the makeup of their worldview," Hawkinson said. "These stories represent values of what's right and wrong, how people are supposed to exist in their society, and how they are supposed to relate to each other. And it is through the stories that people understand who they are, and how they are to exist in that society."

Hawkinson finds that Americans have lost the ideas behind storytelling.

"In our culture, stories are not really seen that way, people find out who they are, or how they are supposed to exist in their society by people telling them. They are not using metaphor. They're not using symbols to explain these things, so there is a disconnect between the world of the story, the world of the myth and people's everyday lives and how they view themselves."

"In Africa there is not a disconnection, stories and myths and the way people live their lives are totally aligned and connected, and there's great beauty in seeing the world through myth and through story," Hawkinson said.

After earning his bachelor's degree in history and his master's in speech communication from Western, he found himself repaying his education by serving as an officer in the Army, stationed in Germany.

While in the Army he debated whether to pursue his doctorate or follow a dream and join the Peace Corps.

"I thought I would counter the Army with the Peace Corps. It seemed like a good balance," Hawkinson said.

Receiving his acceptance into Southern Illinois University's doctoral program would delay his dream for three years. In 1986, after graduating with his Ph.D. in speech communication, he traveled to Mali, West Africa, as a Peace Corps volunteer. There, he would spend two years teaching at a teachers' college.

Hawkinson joined Western's communication arts and sciences department in 1988 and has been part of the faculty since, only taking time out in 1990 to serve as a Fulbright Professor/Researcher, teaching American studies at the University of Ouagadougou in Burkina Faso, West Africa.

Currently he is not focusing on another book but said, "I heard an author interviewed who had just published a book, and he said that 'writing and not writing are hell, and having written is heaven.' So I am in the heaven stage. But I am always playing around with things such as short stories, children's books and poetry."

Hawkinson said he wants to share his ability, tell a simple story that has great meaning.

"It's amazing how a book writes itself. It's a very simple book, a very short book. I think there's a lot of beauty in the book and there's some wonderful lessons. And to be able to share that with others is very fulfilling for me." Hawkinson said.

This story has been posted in the following forums: : Headlines; COS - Mali; Writing - Mali; Oral Traditions