W. Retta Gilliam was passionate about revitalizing poor communities -- so passionate that she left a Wall Street job to volunteer for the Peace Corps in Kenya, then moved to Washington to bring new homes and commercial projects to blighted neighborhoods.

On Monday, the 43-year-old Hillcrest resident was struck by a car and killed as she crossed Suitland Road at Southern Avenue. D.C. police said they were trying to determine whether the crash was caused by driver or pedestrian error. No charges have been filed.

Since 1997, Gilliam had been president and chief executive of the East of the River Community Development Corp., a nonprofit charged with bringing economic revitalization to some of the District's most impoverished neighborhoods. Her death stunned and saddened District officials and developers, who described her as someone dedicated to getting difficult projects done.

"She was a tireless performer who was committed in her efforts to bring about positive change, regardless of the challenges," said Stanley Jackson, the District's deputy mayor for planning and economic development.

Robert Pohlman, executive director of the Coalition for Nonprofit Housing and Economic Development, said Gilliam "brought to the table representation of a part of the city that simply hadn't gotten the attention that it deserved." 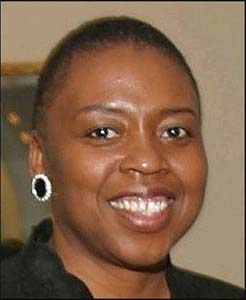 Caption: W. Retta Gilliam was described as someone who was "committed . . . to bring about positive change." Photo Credit: East Of The River Community Development Corp.

During her tenure, the development corporation replaced an abandoned apartment building on Martin Luther King Jr. Avenue SE in Congress Heights with an office project and built apartments, condominiums and houses in several Ward 8 neighborhoods.

"When she took the reins, it was in need of rebuilding," developer William C. Smith said of the development corporation. "It really had not produced a successful project."

Oramenta Newsome, a longtime friend, recalled how residents of Congress Heights warned Gilliam not to simply renovate the blighted apartment building on Martin Luther King Jr. Avenue, for fear that the drug market that operated there would continue to fester.

Instead, Gilliam built office space for the corporation and a Children's National Medical Center clinic. "There are no other pediatric clinics in that neighborhood. For her, it was just a joy to do that," said Newsome, director of the Local Initiatives Support Collaborative, which funded several of Gilliam's projects.

Raised in Shreveport, La., Gilliam attended Florida A&M University. She was not married and had no children, Newsome said. In 2003, she cared for her infant niece for months because her brother was deployed to Iraq and her sister-in-law, also in the military, was a candidate to go overseas as well.

Several projects Gilliam launched remain in the planning or construction stages, including a Giant Food supermarket and retail complex at the abandoned Camp Simms National Guard site and residential developments in Fairlawn and Randle Highlands.

"These were all projects that we spent much time talking about," Newsome said. "It breaks my heart to think that she won't be around to see them come to fruition."

This story has been posted in the following forums: : Headlines; COS - Kenya; Obituaries