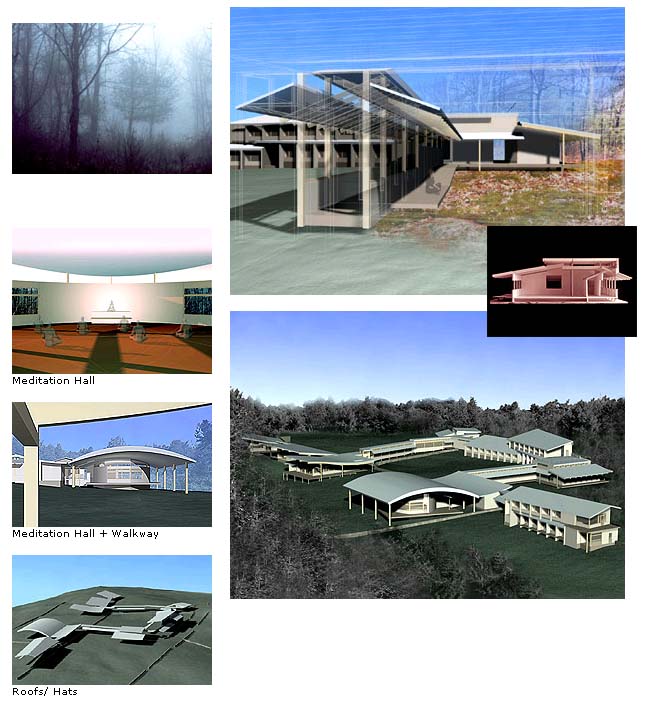 The Emerging Western Buddhism:
An Interview with Joseph Goldstein

Joseph, IMS is soon to enter its 29th year of operation. Together with Sharon Salzberg, you have played a key role in the organization’s growth. What is your vision for its next decade?

Since Sharon and I started teaching in the West in 1974, there has been a remarkable growth of interest in the Buddha’s teachings – the Dharma – and in meditation practice. What started as a fringe, off-beat endeavor has since become familiar to the mainstream of our culture. IMS has responded to this growing interest in different ways: initially with the Retreat Center, which provides structured group retreats, and then more recently with The Forest Refuge. The creation of this later program came out of recognizing the value of an environment where experienced practitioners could undertake longer-term personal meditation retreats.

IMS is now at the stage where we need to nurture and support these existing programs, rather than further expand the facilities. This involves many areas of current activity, including teacher training, greater outreach to diverse communities, and upgrading of older buildings. But most strategically, we want to create and sustain a solid financial base that will provide access to the retreat experience and the teachings for future generations. My hope is that over the next decade we can build an endowment that will ensure a lasting legacy of everything that has gone before.

As Buddhism unfolds in our contemporary society, what is its relationship with Western psychology? Are there areas of overlap and influence?

Both Western and Buddhist psychology offer profound insight into the mind. It is helpful to understand where the two paradigms overlap, where they complement each other, and where they diverge. We can see the relationship of the two approaches clearly in the arena of afflictive emotions. This term is one translation of the Pali word kilesa, which also translates as ‘defilement’ or ‘torment of mind’. I prefer ‘afflictive emotions’ because it points directly to those mind states that cause suffering, such as depression, fear, hatred, anger, jealousy and so on – it’s a long list!

For example, if there’s envy or jealousy arising in the mind, the first step in both Buddhist practice and Western psychology is to recognize what is arising. The second step is cultivating an acceptance of the emotion. We explore what the emotion is and practice being with it without selfjudgement, without condemning the state itself. So, there is recognition and acceptance – key elements common to both traditions.

Now we come to an important difference. Buddhist teachings point to the experience and realization of anatta, or selflessness. All experience is empty of self. Within the Western psychological framework, this may be an unusual concept, with greater emphasis usually given to building-up and reinforcing the sense of self.

The third step in working with afflictive emotions, where the Dharma can offer a unique contribution, is practicing nonidentification - not taking the emotion to be ‘I’ or ‘mine’. This radical view needs careful guidance and instruction. It’s not a dissociative state of denial, nor is it an unconsciousness of deep feelings. Rather, it’s the full experience of the particular mind state, but without building a superstructure of self on top of it. Each emotion arises out of conditions and is simply expressing it’s own nature. The ‘I’ and ‘mine’ are extra.

Do you envision a time when there will be only one Dharma? Will any of the richness within each tradition be lost if all are merged into one?

As Western Buddhist students returned from Asia over the last 30 years, and as different Asian teachers came to the West, the three major Buddhist traditions established themselves here, with each presenting a unique system of teachings. This allowed many of us the opportunity to study with teachers in the different schools of Theravada, Mahayana and Vajrayana. I don’t believe that the direction we are going in will lead to these traditions melding into one. That would be a tremendous mistake; each needs to preserve its own integrity and richness.

However, once we’re established in our practice, and if we are so inclined, then being open to teachings of other schools can be immensely enriching, since each tradition highlights different aspects of the Buddha’s teachings. For example, the methods of mindfulness training in the Theravada schools are very precise and highly developed. In The Pali Canon, the Buddha called this the direct way to awakening. So we might say that training in mindfulness is one of the specialties of Theravada practice.

In many of the Mahayana schools, the understanding of bodhicitta – that motivation of compassion to awaken for the benefit of all beings – is highly emphasized. This was, for me, a rich addition to my vipassana, or mindfulness practice. I always knew that the results of my practice would inevitably help others, but the teachings of bodhicitta put this motivation up front. This helped energize and broaden my efforts.

There are cautions, though, in drawing on teachings from different traditions. It’s not something we should rush into and take a little from each without a strong foundation in any one of them – that can lead to confusion and lack of depth. And for many people, the clarity and consistency of staying within one tradition serves their practice perfectly well. But exploring the one Dharma of freedom that underlies all the Buddhist schools can open doors that expand our view and deepen our understanding.

Can you say something about the fruits of practice? How does the path unfold?

The unfolding of the path is quite variable, depending on the regularity of daily practice, the amount of intensive, long-term meditation, and the effort we make to develop the various paramis, such as generosity, morality, lovingkindness, and so on, in our lives. When we are dedicated to our Dharma practice in these ways, we begin to see positive changes in our minds. There is greater self-acceptance. We see the workings of the mind with greater ease and we hold ourselves a little more lightly. There is also a deepening of concentration. I’ve seen this with my own practice. When I began to meditate, I had just finished studying philosophy in college and my mind was extremely discursive. I had no ability to concentrate at all. But my faith and confidence in the practice were strong and I just kept sitting and walking, sitting and walking. Over time, I noticed a big change – my mind actually did begin to settle down. With stronger concentration and stillness of mind, there is deeper insight. The Buddha was quite clear on this, that wisdom is born of concentration; if our minds are scattered and restless, it is difficult to see clearly.

His Holiness, the Dalai Lama has said: “My true religion is kindness.” If we also include the practice of lovingkindness, of compassion, of bodhicitta, in our spiritual journey, these qualities in turn grow stronger within us. We can learn to be both kinder to ourselves and to others. We shouldn’t confuse kindness to ourselves with self-indulgence; it means seeing clearly what is necessary or helpful in the moment, including, at times, really heroic effort.

What are the greatest challenges that face practitioners in the West?

One of the challenges we face is our cultural belief that results should be instant. If we don’t see amazing benefits after the first week of practice, we begin to question the possibility of transformation and liberation. We need to understand – contrary to a letter we received in the early days addressed to the Instant Meditation Society – that this process is not instant; although the seed of enlightenment is always within us, it takes dedication and commitment for the fruit to ripen and mature.

The second challenge that we face is the speed and complexity of our society. The Buddha taught in much simpler times, where life was slower paced. It is important for us to take some time to slow down, and even stop for certain periods, in order to look into and train our minds.

The busyness of our lives adds a complexity to our situation as lay people: Can we live a life that is genuinely devoted to freedom and awakening? How can we integrate a daily practice and the insights from an intensive retreat into a fast-paced life filled with worldly activities? What value do we place on spiritual practice? Do we squeeze it in between other things we are doing or is it the priority in our lives? I believe we are in the middle of a great experiment: lay women and men exploring the possibility of genuine freedom. Here at IMS, we are discovering that the Retreat Center and The Forest Refuge are both part of indispensable support systems for those who do want to actualize this aspiration.

The third challenge, then, is recognizing the need to awaken from our deeply conditioned patterns of mind. Whether we subscribe to the school of sudden or gradual enlightenment, true liberation does not happen without a tremendous dedication and the strengthening of right effort. This effort can be expressed in different ways – whether it’s the effort to purify the mind of the afflictive emotions, or the effort to stabilize the recognition of the nature of awareness – it still takes a sustained application of energy.

Can you shed some light on the teachings regarding Right Speech?

Right Speech is part of the Buddha’s Eightfold Path – those essential steps to help us become free from suffering. To practice right speech we first need to understand the importance of motivation. Investigating and purifying our motivations is at the heart of the Buddha’s teaching. It is the motivation behind our actions that most fully determines their results, not only for ourselves but also for those around us.

The practice of right speech challenges us to pay attention to the motivations behind our words. Some motivations are obvious: speech that expresses ill will or words that we intend to be divisive are clearly unwholesome. But there are subtler aspects as well. For example, it can be helpful to examine whether we habitually interject statements into a conversation that are self-referencing, as a way of reinforcing a sense of self or ego. This can happen in completely non-aggressive ways, but nevertheless may not be truly useful.

On the other side, we can practice using our speech to express lovingkindness and compassion, with words that are timely and beneficial. The Buddha gave some basic guidelines to consider: is it true and is it useful? Just because something is true doesn’t mean it is always useful to say. He suggested that both criteria should be met. The practice of right speech is easy to understand, but often difficult to remember in the midst of our interactions. It thus becomes a real daily-life practice that can transform our way of being in the world.

What inspires and motivates you?

The extraordinary nature of the mind itself. The Buddha said it can be our worst enemy or greatest friend. We see that although we often live in confined corners of habituated thought and emotion, there is the real possibility of freedom. As we ask ourselves how we can find appropriate responses to the uncertainty and confusion of these times, I find inspiration in understanding that peace in the world begins with peace in our own minds. Wise and compassionate action in the world arises from wisdom and compassion within ourselves.

This story has been posted in the following forums: : Headlines; COS - Thailand; Religion; Buddhism; Meditation; Feng shu