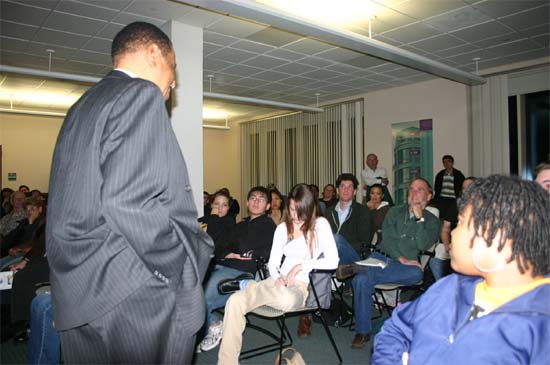 Last Wednesday, November 16, Maryland Returned Volunteers attended one of our premier events for the year, the third annual "Peace Corps History" series that we co-sponsor with UMBC. "It was a dark and stormy night" but over 130 Returned Volunteers and students braved the elements to attend a talk by Africare founder C. Payne Lucas on "the Peace Corps and the challenge in Africa."

Enjoy our photo essay of the event and our introduction to C. Payne Lucas and his service to Africa and to the Peace Corps.

Caption: C. Payne Lucas gave a riveting talk to over 130 RPCVs and students at UMBC on November 16.

C. Payne Lucas has spent most of his professional life in development starting with the Peace Corps. C. Payne joined the agency's staff during its first months in 1961, serving abroad in Togo and Niger and in 1967-69 as Peace Corps' Regional Director for Africa.

In 1969, C. Payne and Kevin Lowther were asked by Peace Corps Director Joe Blatchford to establish a new office to help returned volunteers apply the skills they had developed abroad into relevant community-based and professional activities at home. In 1971, they departed the Peace Corps and C. Payne and a group of ex-Peace Corps staff and volunteers did just that - they created Africare. 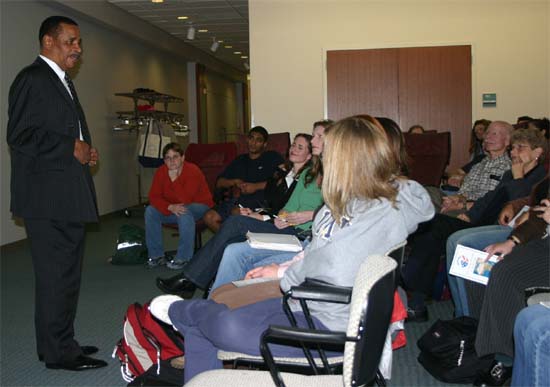 Caption: C. Payne called the Peace Corps "the most revolutionary program" of the 20th century and spoke about its impact in Africa.

For his work in Africare, C. Payne has been honored by US Presidents as well as the leaders of more than two dozen African nations, receiving decorations from the national orders of Benin, Cote d'Ivoire, Niger, Senegal, and Zambia and was awarded the 1984 US Presidential End Hunger Award for ourstanding individual achievement. He was recently honored with the Franklin H Williams Award for outstanding leadership contributions that Returned Peace Corps Volunteers of Color have made in the area of community service.

These are some of the honors that C. Payne has received for a lifetime of service and I am sure there are many more. But I would like to mention one specific service that C. Payne and his friend Kevin Lowther made to the Peace Corps. 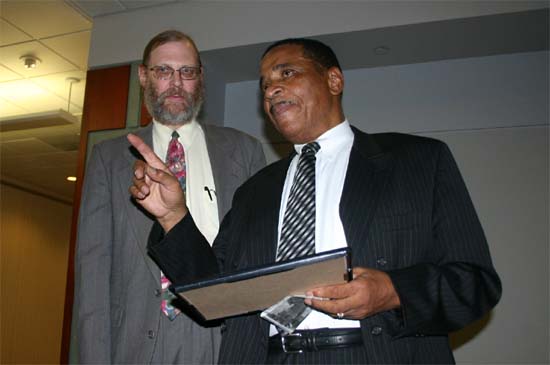 Caption: Maryland Returned Volunteers President Hugh Pickens introduces C. Payne Lucas and presents him with an award for his lifetime of service in the Peace Corps and Africare. 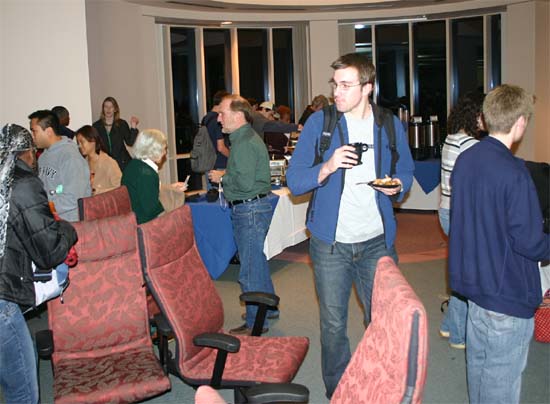 "The reprinting of this primer of volunteer success abroad is well-timed. It comes at a time when volunteerism has risen to the top of the nation's agenda. It comes right after President Bush has suggested doubling the size of the Peace Corps, and ominously when field conditions in many third world countries have suddenly deteriorated or become more complex.

Examined forty years after Kennedy's first call and in a post Cold War context, this no-nonsense analysis might more appropriately be titled Keeping Volunteerism's Promise. All the guidelines and warnings are there. If anything, the lessons learned are more relevant in today's more pressured world than in the sixties and seventies. 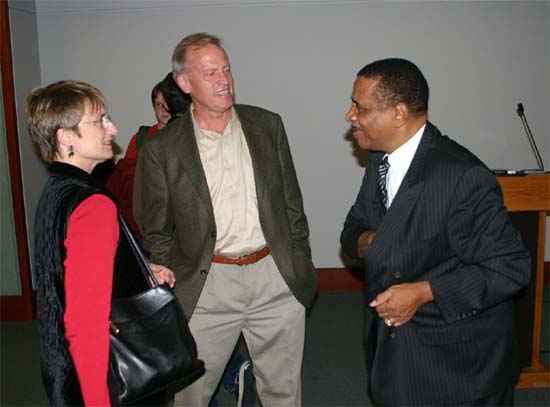 Caption: C. Payne Lucas was Peace Corps Country Director in Niger and Togo in the early 1960's. Here he enjoys a moment with two Returned Volunteers who served with him forty years ago.

The two authors bring impressive resumes to match their candor and insights. This significant work reflects both their volunteer and staff experience in Africa and Washington DC. Their having had first hand access to the long-confidential internal evaluations of the Peace Corps helps lift their insights and judgments beyond the anecdotal. Every Peace Corps staff members should have this book as a prime reference."

That's what Jack Vaughn had to say about Keeping Kennedy's Promise. 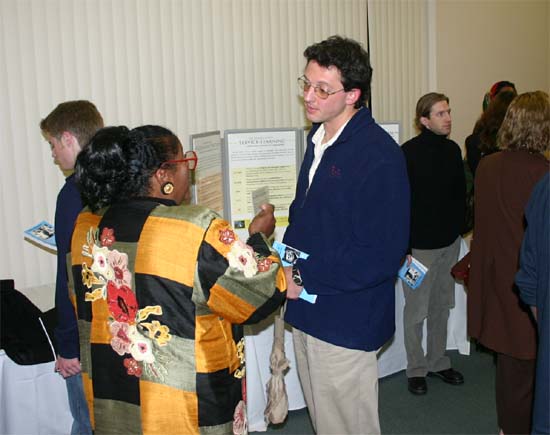 Caption: Sunday June Pickens and Chris Seremet of the Maryland Returned Volunteers enjoy a conversation while waiting at the book signing for C. Payne's book about the Peace Corps - "Keeping Kennedy's Promise." All copies of the book sold out at the event.

C. Payne Lucas retired as Africare's President in 2002 but remains active with the organization and serves on its board of directors and we are proud and honored to have him here today to give us some straight talk about Africa, development, and the Peace Corps. 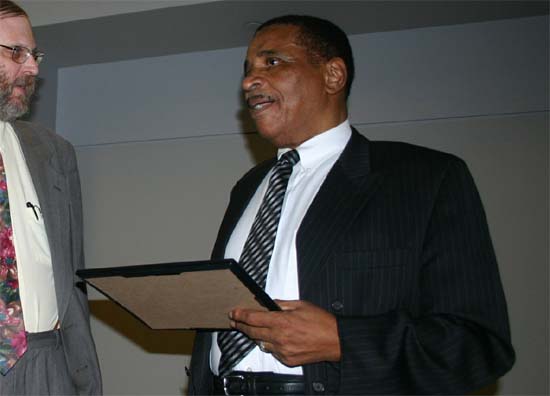 This story has been posted in the following forums: : Headlines; Local Groups; NGO's; Giants