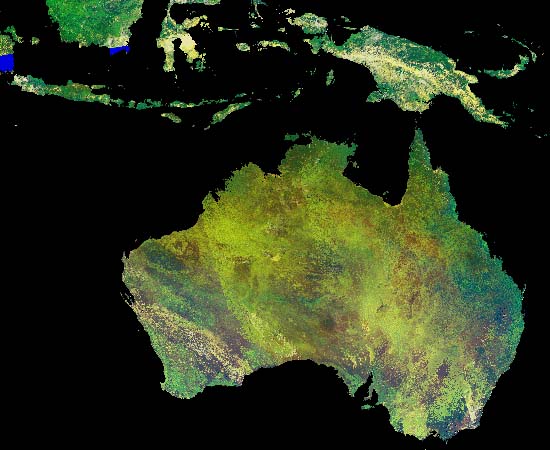 The new US consul-general didn't think twice when offered the chance to move from Baghdad, writes Gerard Noonan.

He has the renowned jazz trumpeter Miles Davis's Kind of Blue on his CD player and takes a keen interest in sampling fine Australian wines and cheeses.

As an antidote to the endless stream of emails and faxes from Washington, he indulges in detective stories which he calls "police procedurals".

Meet Stephen Smith, the new US consul-general to Sydney and most recently the chief of staff to the former American proconsul in Iraq, Paul Bremer.

Smith is arguably the second-most important representative of the superpower in the country after the outgoing US ambassador, Tom Schieffer.

But he's smoother and professionally more discreet than the loud-talking Texan mate of the US President, George Bush, who frequently criticised Labor policy and backed the Coalition Government on issues such as the Iraq invasion and the US-Australia trade agreement.

A career US State Department official, Smith was in the heat of Baghdad last year on what he calls a "temporary assignment" when another key aide to Bremer was appointed to the Sydney post. But the Arabic-speaking colleague, a Middle Eastern specialist, was wooed to stay on in Iraq.

"They created a new office - The Office of Iraq Affairs - and asked him to come back to head that office. The professional thrill of that overpowered Sydney [for him]," Smith says.

"Well, I was there, so it was very much a serendipitous thing. The No. 2 human resources person was in Baghdad at the time and asked whether I'd like my name put up to the committee which decides these things - it took about five seconds."

Smith is looking forward to life in Sydney - which he insists is no R&R post after Baghdad, though he says the contrast with the beleaguered city is profound.

The US's Sydney operation, on the 59th floor of the MLC building in central Sydney, is the largest consular office, combining a significant commercial role with the normal consular duties such as dealing with lost passports, deaths or scrapes with the law involving US citizens visiting Australia.

"There is a very big consular representation in Sydney - next only to New York," he says. "It started off to be the person who could give visas, and sign sailors on and off ships and take care of people who died and whose bodies had to be repatriated. But now the visa function has been hived off from the consular-general role. Since September 11 [2001], that's become a very closely watched, careful process by all countries."

Smith sees his role as a listening post for views about the US and for what his patch of Australia is up to. "I report back to Washington on the views we hear of the NSW Government," he says. "The genius of diplomacy really is human contact. For a while in the '70s and '80s we were seduced by satellites going over and being able to take photographs of crops and so on ... you could tell all kinds of stuff.

"There is [still] an aspect of that, but it's the people-to-people connection that makes things work. We're social animals and that's how we find out things and learn things."

Smith says he's encountered quite a lot of reaction from people in Sydney to US policy in Iraq, though he suggests it's not aggressive or overly antagonistic.

"You betcha, I'm hearing lots of views. But no, it's a much more gentlemanly discussion than that."

And despite what he says is a rather critical anti-American tone to much reporting of US reaction to the tsunami disaster, he says Australians he has met have been quite supportive of the US role.

"We understand that you guys have contributed $1 billion but the people I talk to understand that we've got 15,000 defence personnel in place assisting and ships positioned off various coasts providing support. We may not match the exact amounts being contributed but we're doing it in kind."

As a senior US State Department official close to the mandatory retirement age of 65, Smith's three-year posting to Sydney is expected to be his last.

Before Sydney and Baghdad, he'd worked in Washington and throughout the Middle East. Serving in the US Navy, and in the US Peace Corps in Afghanistan, before joining the diplomatic service, Smith has undertaken various management and personnel positions in Jordan, Sri Lanka, Tunisia, Bahrain, Iran and Egypt.

One earlier task provided him with at least some experience for the role he undertook in Baghdad - essentially to turn the office of a military occupier into a US ambassadorial structure.

In the early 1990s he headed US efforts to set up new embassies in the dozen or so countries created by the collapse of the former Soviet Union.

"In many places the concept of renting a building was an alien concept," he said. "Setting up security, co-ordinating from Washington and finding places for embassy staff to live as there were no housing markets in places like Belarus or Kazakhstan or Turkmenistan ... it was quite something."

Talk of housing markets will be one thing the new US consul-general will find difficult to avoid in Sydney.

This story has been posted in the following forums: : Headlines; COS - Afghanistan; Australia; Diplomacy