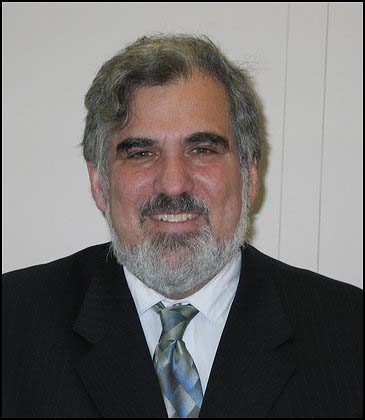 Wacks, a Pikesville resident, will become chief of the Bureau of Budget and Management Research, responsible for planning, development and monitoring Baltimore's $2.1 billion budget. He also will brief the city's Board of Estimates and the City Council. The job pays $115,000, a slight increase from his current salary.

In fact, Wacks said, "I think it's good for Howard County that I'm leaving. A new person will bring different ideas."

But few county officials, current or past, agreed with that assessment.

"Anytime you lose someone of Ray's caliber, it's not easy," said Howard County Executive James N. Robey, who is preparing the next budget.

Wacks will be missed for more than one reason, Robey said.

"He's totally nonpartisan. He only cares about one thing, and that's his job," Robey said. That was a valuable quality, Robey found, as he was forced to cut millions in county spending over the past few years -- and push through an unpopular income tax increase -- because recessionary revenue estimates proved ethereal.

He never blamed Wacks for what turned out to be a national phenomenon, Robey said, although he knows the budget director felt badly about it. Assistant county budget administrator Gale Benson will be interim director, Robey said, until Wacks' replacement is chosen.

Wacks "is extremely competent with budgets," she said. "I've never seen anything like it, including at the state level. He's a consummate professional, and he is a wonderful human being."

Charles I. Ecker, the Republican executive who thwarted Bobo's 1990 re-election bid, said Wacks "did a wonderful job. He was very reliable. You can trust him."

"We're going to miss him," said Councilman Charles C. Feaga, a western county Republican who served from 1986 though 1998 and was recently appointed to fill out a council term. "He's always been approachable."

Wacks said he worked hard to maintain that impartial balance.

"I viewed my job to provide information to the decision-makers so they could make reasonable and rational choices. It wasn't my job to tell them what was right and wrong," he said. Despite big political changes in 1990, when Republicans took over the executive's job, and major recessions in each of the last three decades, those officials' confidence in Wacks remained solid.

"I think Ray is one of the smartest people I've ever met. He does his job very well," said Republican state Sen. Allan H. Kittleman, a former county councilman. "It's Howard County's loss and Baltimore City's gain."

A former Peace Corps volunteer and sixth-grade teacher at Northwest Baltimore's Arlington Elementary School, Wacks grew up in Maryland's Washington suburbs and attended what was then Towson State to get his teaching credentials.

From 1969 to 1971, he was in the hills of Jamaica, teaching local teachers a new math curriculum.

After teaching one year in Baltimore, he returned to school at American University in Washington for a master's degree in public administration.

When he began his Howard County career as a $12,000-a- year administrative assistant in July 1974, the county budget totaled $36 million. Former Executive Edward Cochran named Wacks budget director in 1977.

Wacks has seen annual county spending grow to more than $800 million, while the county added $100,000 to his salary.

He can begin collecting that now, and also step into the $115,000-a-year city job -- and perhaps an eventual second pension.

"He's working for pennies on the dollar if he stays here," Robey said.

He'll be missed, too, by his longtime friends, said Ron Weinstein, the County Council's auditor and, for 19 years, Wacks' closest friend and lunch buddy in the George Howard Building.

The departure "is just pretty tough on all of us," Weinstein said.

County Council Chairman Guy Guzzone, a North Laurel-Savage Democrat, said he would miss Wacks' sage advice, although there doesn't appear to be a fiscal crisis this year.

"The good news is, I have his home phone number."

This story has been posted in the following forums: : Headlines; COS - Jamaica; County Government