Liberia RPCV Virginia Swain, director of the Institute for Global Leadership, writes "A Mantle of Roses, a Woman's Journey Home to Peace" 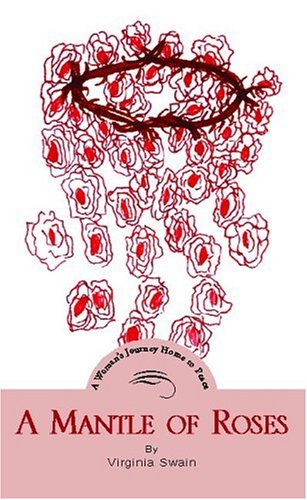 Liberia RPCV Virginia Swain, director of the Institute for Global Leadership, writes "A Mantle of Roses, a Woman's Journey Home to Peace"

Learning to lead in harmony

On a global scale, one may see the world has a hate-filled place full of conflict: Iraq, Israel-Palestine, India-Pakistan, Sudan, and on and on.

Locally, road-raged individuals confront us on Main Street and highways; verbal and emotional abuse erupts within homes, alienating families; squabbles become major events over money and prestige; there's no time for caring and compassion any more, things have to get done.

It's overwhelming. Too big. Too powerful. How can one person reverse such a polluted tide that reaches foreign and domestic shores?

According to Virginia Swain, director of the Institute for Global Leadership, which is based in New York City at the United Nations, everyone can reconcile severely protracted conflict by clarifying their vocational calling, learning new skills and be willing to be of service to others.

Ms. Swain is a mediator, certified professional holistic counselor and consultant who has worked on five continents.

Her philosophy, which she teaches to others in a three-year Reconciliation Leadership Program, is based on helping people learn new insights that link personal, interpersonal, group and global skills.

You don't have to be a chief executive of a big company or a superintendent of a school to make a difference, Ms. Swain said. "All you have to do is know your special calling and unique gifts and use those as a foundation to face your limitations. Then you can be a person who influences others."

That influence can do wonders.

Before she knew how to harness her own inner energy, Ms. Swain was caught up in her own career in the corporate world.

As a human resources manager for Pepperidge Farm, a division of the Campbell Soup Co., in Connecticut during the late 1980s, Ms. Swain admitted her personal life was crumbling before her.

"I was very much in the career mode and wanted to get up the ladder big time. I was forgetting about my family, and even hired someone to take care of my child. All I cared about was my work and I was very much out of balance."

One day she received a call from her brother. "'I need to talk to you, today,' he said. But I said I couldn't get away because I was too busy," she said.

The next day he was killed in an auto accident.

"So that was my wake-up call," she said, to see the importance of balancing work commitments and family matters.

In the past year, Ms. Swain wrote a book, "A Mantle of Roses, a Woman's Journey Home to Peace," and recounts the events that led her to rediscovering her leadership.

(There is a book signing from 6 to 8 p.m. on Wednesday, March 16, in the Banx Room at the Worcester Public Library, 3 Salem Square. Another book signing is scheduled in New York April 21.)

In 1991, she began her work at the United Nations with a peace process called "Celebration for the Children of the World." That process was designed to build a community between all different sectors in the United Nations. She has also worked to resolve social conflicts in Rwanda, the former Yugoslavia and in the Philippines, imparting her reconciliation leadership philosophies.

She and her husband, Joseph Baratta, a history professor at Worcester State College, have since founded the Center for Global Community World Law, which works to bring harmony to all nations in a sustainable global society without war.

A common thread in all her teachings is an emphasis on recognizing one's strengths.

"In the first course, I teach people more about their unique gifts and strengths, which they can use as a foundation to build on.

"So this program is based on people being able to work through a challenge and seeing it through to its reconciling completion," she said.

The program at the United Nations is supported by Anwarul K. Chowdhury, the High Representative and Under-secretary-general of the Least Developed Countries, Landlocked Developing Countries and Small Island Developing States.

Both he and Ms. Swain believe their work promotes the millennium development goals of the 191 heads of state at the United Nations and advances the Decade of Culture and Peace and Nonviolence for the Children of the World.

"Vocational leadership is a step beyond a job or career. It's a feeling that you want to make a difference and the calling comes from within," Ms. Swain said.

The second focuses on becoming aware and sensitive to varying cultures within a larger community and understanding people's needs and goals. "I'm interested in drawing on the diversity of Worcester as well as the diversity of New England to help make these programs more available to people ... The courses have direct implication on lives everywhere," Ms. Swain said.

Other courses in the Reconciliation Leadership program are taught in New York at the United Nations, Tiverton, R.I., and Cambridge.

This story has been posted in the following forums: : Headlines; COS - Liberia; Writing - Liberia