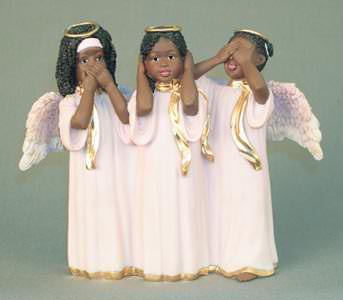 Read what the Dayton Daily News had to do to get Peace Corps to comply with FOIA requests in their award winning series on Volunteer Safety and Security.

With a new Peace Corps assignment pending at the end of September, Ashland carpenter Derek Volkart is still unsure of why his invitation to serve the corps in Morocco was rescinded.

Volkart was denied the opportunity to serve in Morocco after referring to the U.S. administration as “fascist” in a Feb. 13 article in the Daily Tidings.

The letter by Marianne Manheim — dated March 29 — states, “Redacted portions are being withheld under Exemption (b)(5) to protect intra-agency memorandums which would not be available by law other than to an agency in litigation with the agency.”

First, the Peace Corps denied access to Volkart’s file due to privacy concerns. When Volkart waived these rights, the corps responded with e-mails between Volkart and Peace Corps officials, but he received no explanation of why his invitation was rescinded besides an e-mailed statement from Chief of Operations for the Europe, Mediterranean and Asia Region. The statement read, “Peace Corps has rescinded its invitation to you to serve as a Peace Corps Volunteer in Morocco for programmatic and foreign policy concerns.”

The Tidings will appeal its latest FOIA request to push for further information that has been denied — written internal communication, including e-mails, regarding Volkart and the summary of a communication between Volkart and Joye Wagner with the Peace Corps. Wagner was Volkart’s placement officer.

In the meantime, Volkart has accepted a position with the Peace Corps Agroforestry Extension program in Paraguay. His pre-service training begins Sept. 28.

As he supports the Tidings in its effort to find further information regarding his sudden denial into the Morocco program, Volkart maintains he is not bitter with the Peace Corps.

“I’ve worked for the federal government long enough to realize that there’s a mix of individuals,” Volkart said. “It’s not black and white. There are shades of gray.”

He said he believes there are good people in the Peace Corps who may have realized he was getting a raw deal and offered different options. His enthusiasm for the Peace Corps has not changed.

“It’s a good time to be serving other communities around the world and representing the U.S. in a positive light,” Volkart said.

This story has been posted in the following forums: : Headlines; COS - Morocco; Protest; Speaking Out; FOIA; Freedom of Information

Peace Corps continues to play their games with FYOI. Its a political case that's why. They know they have done wrong. So, what do they do, cover up just like in the cases of 1,000's of safety and health cases of volunteers.

The Ashland Daily should get their attorney on it. That's how the Dayton Daily got their information. Journalists and the public have the right to know. The National Security excuse is a cover for political considerations. Mr. Volkart has all the rights to express his opinions on the country's position on the war. I think he expresses the opinion of many who don't agree with it.

This is really disheartening. I have been involved with much discussion of similar issues on PC Yahoo Groups and I find it especially troubling that folks seem to show so much support for the PC and blame the volunteers. I do not agree that volunteers give up their rights during service. And, it seems that as long as they make it clear that they are expressing their views as individuals and not as the PC, there should not be a problem. The fact that the PC is refusing this FOIA request is shameful and ridiculous.

"I do not agree that volunteers give up their rights during service."

Regardless of this point, it's worth noting that the real question is if INVITEES give up their rights BEFORE service (or, for that matter, training).

If the guy was still a "troublemaker" during training after receiving info on the PC's policies (?) on political speech, then it might be another question.