Peter Rice says: My view of the Peace Corps is that it is really just a U.S. government program for paid vacations in the Third World 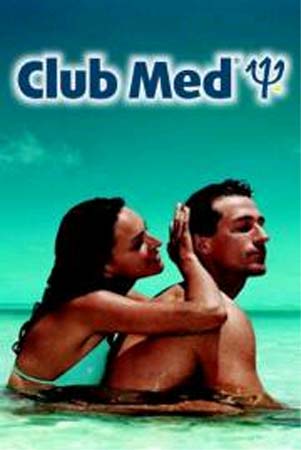 "While stationed in our embassy in the Philippines, I had some contact with the Peace Corps there. The group had about 65 volunteers, each paid about $10,000 a year, in addition to 69 local-hire full-time employees and one full-time career American. The typical Peace Corps volunteer served two years, but was in country only about 20 months and typically spent four to six months learning the local language and ways. The volunteers were productive for only about 14 months. But even their tiny salary (by U.S. standards) of about $20,000 for two years would have hired equally qualified, locally educated workers for five years."

Peter Rice says: My view of the Peace Corps is that it is really just a U.S. government program for paid vacations in the Third World

Your article "Kids & Money: Do Service Trips Make Sense?1" (The Journal Report, Jan. 16) didn't question whether the $7,500 spent by an American family to send their child to the Third World to help the starving masses would have done vastly more good if it had been donated to a charity in that Third World country.

I am a retired American diplomat and have spent some time in the Third World and have questioned the value of money spent to help the needy. My last overseas assignment was in New Delhi from 1997 to 1999. I remember an email exchange with a parent who wanted to pay for his kid to come empty bed pans in one of Mother Teresa's orphanages. I told him that for the same money he would spend to send the kid to India to work one month, the orphanage could hire either a local worker who spoke the language to do the same work, and do it better, for 20 years or a local full-time physician for two years.

While stationed in our embassy in the Philippines, I had some contact with the Peace Corps there. The group had about 65 volunteers, each paid about $10,000 a year, in addition to 69 local-hire full-time employees and one full-time career American. The typical Peace Corps volunteer served two years, but was in country only about 20 months and typically spent four to six months learning the local language and ways. The volunteers were productive for only about 14 months. But even their tiny salary (by U.S. standards) of about $20,000 for two years would have hired equally qualified, locally educated workers for five years.

When the Peace Corps was created in the early 1960s there was a great shortage of educated people in the Third World. The opposite is true now, with our "volunteers" taking jobs away from the many college-educated local workers who have no hope of finding jobs and who would work for one-fourth or one-half or one-tenth the small salary of Peace Corps volunteers.

My view of the Peace Corps is that it is really just a U.S. government program for paid vacations in the Third World. 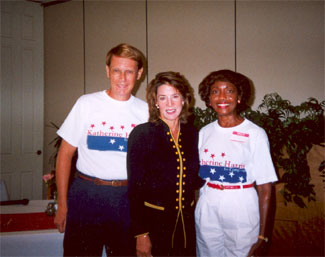 
When this story was posted in February 2006, this was on the front page of PCOL:

This story has been posted in the following forums: : Headlines; COS - Philippines; Criticism; Black Issues; Humor

How dare he insult our dedicated dilettantes. Typical for a Republican to trash the generous liberal arts graduates who just want to hug everyone and make the world a better place.
The effrontery of it.

I see your in the picture with the lady who should be jail for election fraud. Maybe she will win the Congressional race through ballot box stuffing.

You know, Rice the Dub, maybe you should have washed those bed pans at the orphanage. How much did you make as a Diplomat to make these sweeping budget cutting remarks about the 10,000 dollar volunteer? John Kennedy's ambassador to India and Mrs. Kennedy's visit to India is still remembered by Indians around the world. How were you remembered there? I don't recall much mention of your great strides in Indian affairs. Perhaps, I wasn't paying attention, maybe you help transport arms of something negative like that. Most likely.

Club Med, you never lived in the village without sercurity or have had to be self sufficent in your life, I bet. You sound like the snotty kid you must have been.

Taking jobs away from Indians cuts both ways, Mr. Dub, look at the opportunities Indians have had here are taking advantage of here. Good for them.

So, why isn't good if a volunteer wants to do good and not work in a high tech field.

That person as a volunteer will make more relationships and better relationships for the US than you could ever dream of making when you were a so called diolomat/arms dealer.

In international relations, Peace Corps provides the 'biggest bang for the buck.' Not only do PCVs put a very human and accessible face on America, but volunteers go on to staff international agencies and businesses, contributing to a better informed, more culturally sensitive and therefore more effective American workforce. I served in the 60's and the 90's and would happily educate Mr. Rice as to the variety of ways in which PCVs benefitted their host countries as well as the United States. He couldn't be more wrong.

Quick disclaimer - I'm not a Corps member - though I've considered it. That fact, however, might actually enhance my opinion, as I'm clearly not a Peace Corps apologist or flunkie.

Peter Rice apparently missed the "Peace" in "Peace Corps" - it's not the "Efficiency Corps", nor the "Give More Money to Third World Countries Corps". To my humble (or not so?) estimation, the PC is about human beings reaching out to other human beings across the division lines of political, national and geographic boundaries.

This kind of goodwill cannot be built upon foundations of cold efficiency - nor by tossing handfuls of cash at people. Such is the kind of goodwill that grows in local communities when people come together to raise a barn, or celebrate a birth, or simply share time together. It's not simply about digging a well or a trench, or whatever other task a Corps member helps with. It's also about creating a global community, enhancing cultural tolerance and seeding basic human kindness. Certainly a local person could do the job quicker - but that would totally bypass the invaluable bonds that come from such shared effort.

Such bonds have become ever more vital in a world where the role of the United States - real or percieved - as a global watchdog and police-force grows everyday. That there are entire faces of foreign cultures that find us so abhorrent that they would consider our extermination as good an outcome as any, is telling. Are such attitudes ignorant? Yes. Are they justified? Never. Are they understandable? Perhaps. The fact is, they do exist.

So, if Peter Rice believes that the PC is simply about whether a local person could do the job better than a Corps member, then he's clearly, and desperately, in need of some time in the Corps himself.

And, finally, who in their right mind would call $10k for "14 months of productive work", living in sub-standard conditions (which they are for any average American) a "vacation"? When Mr. Rice has forgone his undoubtably larger salary to work as hard as any average Corps member, and live for that long in (not "among" - in) those conditions, then I'll start to listen more favorably to his opinions.

I served in Jamaica- I can understand why someone who's never been there could envision a lovely idyllic island paradise. I would like to invite Mister Rice to come visit the site I 'vacationed' in for two years. If he can't make the comittment, I can send photos. I think it would shock him. Might bring him to his senses.

One has to wonder if Mr. Rice was a diplomat and not an accountant...

Peace Corps Volunteers project an image of America to the world that is a sorely-needed antidote to the gun-toting crusaders that are in control of the White House today.

For what it costs to purchase a dozen cruise missiles, we can help 8,000 volunteers demonstrate to the world that our country really does care about them, AND increase the ranks of U.S. government officials who have a sophisticated understanding of foreign cultures.

Not a bad value at all.

As a volunteer, I only received a living allowance of $100/month. So, for a total of $2,400 in 2 years I was able to help my village finish 2 classrooms for a growing school. I know another volunteer who helped bring piped water into a town that had none. I could go on about the variety of projects. I would not just donate money to anyone in a developing country. Supporting a Peace Corps Volunteer's project puts the money into responsible hands. More often than not, donated monies are 'chopped', or stolen, by those locals working on projects and thus the projects only become half completed. Then the community complains that they need more money to finish the project. Throwing money at them solves nothing. Having people working with them side by side teaching them how to use their resources in a more productive way does.
Also, many volunteers work in areas of these countries where no local wants to work. They are in sore need of aid in the form of bodies willing to live and work in remote villages while the educated locals are moving to the cities or to foreign countries. I once met a man in a regional capital who said that years ago, when he was in senior secondary school, he was taught by a Peace Corps Volunteer. He said he was the only one from his school in about 10 years to go to university and that he owed it to that volunteer. Our work is not always visible in the 2 or more years we spend as volunteers. Maybe we never observe the results of our work, but future generations will.
As for a vacation, it was. A vacation from America. An opportunity to experience the way most of the world lives. Getting malaria and worms and odd skin 'distings' were a real treat. Especially when you have to travel over an hour on a dirt road, maybe only on a market day, to get to the nearest care facility and then finally be able to call Peace Corps headquarters, if there were phones and they were working, to tell them about it. Worrying about being a target for robbery or other crimes or harassments just because you are white and viewed as rich was unnerving at times. Sometimes, even, it was safer to say that you were Canadian than to admitting to being American. Through all of this and I don't think I can honestly say that I know one volunteer who would trade this experience for the world.
And of course we had our parties. Getting together with other volunteers and discussing life in whichever country among your own is a necessity in being able to continue the work you are doing. You need that time to vent and to brainstorm and relax. You are in a different culture, but sometimes you need to be with other Americans who are experiencing the same things.