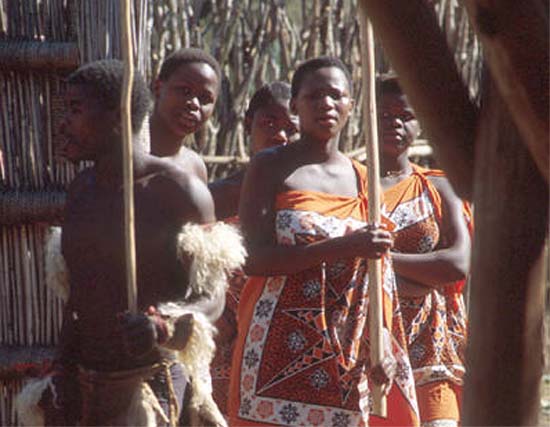 She was supposed to be my one success story. The person I would look forward to hearing from: how are you, how’s life, how are your kids? I keep telling myself, I took the right steps. I tried my best.

I walked into the room, slightly smoky; the heat from the fireplace is more stuffy than comfortable.

Outside I can hear the kids playing. I greet the women, all related by blood, the oldest being the mother to the three sisters. The youngest sister, slightly older than I, stares at me blankly, a look of sheer surprise. But yet, she speaks without any expression. Her name is Zanelle and I’ve known her as a friend, a family member, a sister, for the last two years. Her left eye bulges red, pus covering the pupil, drool coming out of the corner of her chapped lips, her face sunken in as if deflated. She has lost 20 pounds in the last two weeks. I suspect progressive encephalopathy. HIV is effectively eating away at her brain; it is making her lose her mind. She speaks a slow, monotonous language that nobody seems to understand, expressing herself with shaking hands that seem ready to fall off her brittle arms.

She agrees today, to let me take her to get tested, her one request being that there be no line for her to wait in. She claims she doesn’t like to wait, she likes things fast. In my heart, I know that she simply does not want to be seen in this state. Somehow she is cruelly aware of her condition.

Just then her daughter walks in. she is about three years old, a spunky kid with a feisty and promising attitude. I notice she wouldn’t/couldn’t make eye contact with the woman I sat next to, her own mother. The small girl has lost her spunk, her finazz. And that’s when I realized that her mother had lost her capabilities as a mother, and that’s when it hit me, I’m in over my head.


Zanelle Part 2
I help her into the car. Her shaky hands take hold of mine, I support her weary body using my other arm, firmly placed under her arm. I can feel the bones of her drained body despite her layers of thick clothing. I can smell the stench of death but I wonder if it is just in my head.

As I write in my journal tonight, candle light flickering with each breath, I try to document the events of the day. I am still wondering hours later, whether or not that stench of death is still clinging to my hands, my clothes.


Zanelle Part 3
I told her that we needed to go to the nearest health center where there is a doctor who can put her on ART, Anti-Retroviral Treatments. She has tested positive for HIV and she doesn’t have much time left. And then, with her shaky voice, she tells me,

“Because that is where my child died.”


Success Story
She was supposed to be my one success story. The person I would look forward to hearing from: how are you, how’s life, how are your kids?

I keep telling myself, I took the right steps. I tried my best.

With my urging, I took her to get tested for HIV. She made me take a vow-that I would never tell her family about her positive status; all this while her sisters waited outside the clinic doors. I understood her fear-of being ostracized during this time when she needed them most.

The next step, the clinicians said, was to get a CD4 blood test. I knew she needed ART (Anti-Retroviral Treatment) as soon as possible. We could not wait four weeks for the CD4 results. We took her to a hospital, farther from the closest one, at her request because she had lost two children in the maternity ward of the closest one. There, I urged the doctors to put her on ART; I knew the doctors had the training to diagnose her with full blown AIDS, clinical stage 4, thus enabling the start of treatment without the CD4 results. But the doctors refused; instead they pushed the CD4 blood test to be ready in one week.

It was there that I was that annoying volunteer trying to convey my assertion of the urgency. One doctor told me, there is nothing urgent, except maybe if she was pregnant-what is 2 or 3 days?

Initially that comment had filled me with such anger and pain I thought this was the moment it would all come out in a blur of rage. Surprisingly though, a moment later that same comment would ease my nerves. It is with that comment that I learned my first steps in letting go. The doctor had understood his limitations in this environment, and finally, so did I.

We took her from that hospital and back to the closer one, so that her family and children could visit her more regularly.

I sat with her on Wednesday, feeling more and more optimistic about her recovery. She seemed coherent and alive. I told her of the events of the day and I told her she would get better soon. With an IV in her right arm, she weakly said good bye to me. It never occurred to me that that would be the last time I would see her.

At 5am the next morning I received the news that she had passed away.

And I know it will haunt me forever. Did I do everything I could to help her.

Instead, she leaves behind two children, a 14 year old boy and a 2 year old girl.
And sadly, this is the face of AIDS in Swaziland.

This story has been posted in the following forums: : Headlines; COS - Swaziland; Blogs - Swaziland; AIDS; AIDS Education