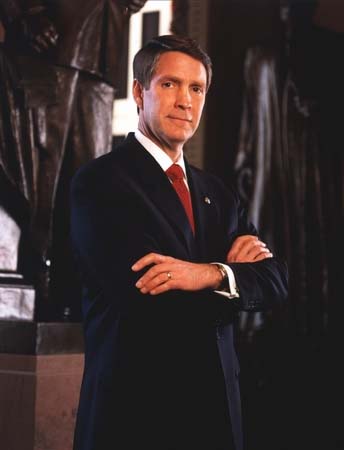 [World News]: Washington, Feb 8 : A US senator who has just returned from tsunami-hit Asia met several Indian American physicians to discuss proposals that include the establishment of a Global Health Corps by the US.

Senate Majority Leader Bill Frist met with the physicians in Florida at an informal brunch, said Vijayendra Vijayanagar, chair of the Indian American Republican Council and a cardiologist in Fort Lauderdale.

"I've visited destroyed towns in Sudan and Afghanistan and seen deep, grinding poverty in Uganda and Kenya. The challenges the world's aid-giving nations face in South Asia will prove just as difficult to overcome as those I witnessed in these troubled places," said Frist (a Republican from Tennessee) testifying at the Commerce Committee's hearing on tsunami relief efforts.

Frist was in Sri Lanka last month where in a helicopter flight over the island, he said he witnessed "a scene of unending devastation".

A doctor by profession, Frist noted that the major issue after the tsunami was health and that despite the massive influx of aid, many people still lacked medicines and clean water.

He put forward three interrelated proposals to tackle this - making clean water a major priority in US development programmes; making medical assistance a vital tool of public diplomacy by establishing the "Global Health Corps" like the Peace Corps; and leveraging private dollars to develop water infrastructure around the world.

He wants the Global Health Corps to have a much broader mission as a "vital component" of public diplomacy in US foreign policy efforts.

This story has been posted in the following forums: : Headlines; Congress; Global Health Corps

The proposal of Senator Frist for a Global Health Corps seems well intentioned, but is too duplicative of the mission of Peace Corps to be given any serious consideration as a seperate program. If the intent is as it sounds, let it be subsumed under Peace Corps where physicians can already command a one year period of service. A shorter service time would not be deserving of the broad objectives cited.