Ruth DeMaio to send aid to Niger, land of her Peace Corps service 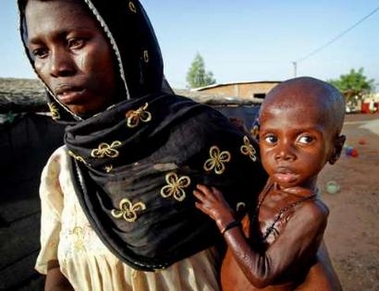 Despite the poverty and difficult living conditions, DeMaio loved her time in Niger, where she learned to adapt to Muslim culture, to speak Hausa, the dominant language, and where she was welcomed into each community she entered. To her amazement, several of the children she became particularly attached to have come into contact with her 35 years later, and still remember the time they spent with her.

Ruth DeMaio to send aid to Niger, land of her Peace Corps service

Returning the love and care

to send aid to Niger, land of her Peace Corps service

Thirty five years ago, a fresh-faced Stanford University graduate faced the world with considerable excitement. She was ready to travel wherever the wind took her, to encounter the world's citizens and maybe do a bit of good.

As was common in 1970, Ruth Sitton DeMaio's interests led her to the Peace Corps, where she met others with similar passions, and had the opportunity to combine her interest in travel with her desire to change the world. When she was informed that she was being sent to Niger, she reacted with excitement.

"I was thrilled for an assignment in a country I had never heard of," DeMaio said, recalling the news that she was heading across the world. DeMaio was sent to provide mother and child health education to residents in both cities and small villages, an essential task in a country with a very high infant mortality rate.

Now, DeMaio is hoping to give back to the people of Niger, who meant so much to her three decades ago. She's raising money locally to pay for much needed food during famine-like conditions in the country.

According to the CIA World Factbook, while Niger has a high birthrate, on average 6.75 children per woman, the infant mortality rate is 12 percent. DeMaio said infants are especially vulnerable when they're being weaned, as the staple foods provided to babies and adults alike are hard for young children to digest, and diseases such as malaria are also very common.

"Only the strong people survive that," DeMaio said.

During drought years, which are frequent in the arid, predominantly desert region, infants suffer even more. Contaminated water and a lack of refrigeration make it impossible to provide infant formula, so babies are dependent on breast milk, DeMaio said.

"When mothers can't eat well, the babies suffer too," she said.

Despite the poverty and difficult living conditions, DeMaio loved her time in Niger, where she learned to adapt to Muslim culture, to speak Hausa, the dominant language, and where she was welcomed into each community she entered. To her amazement, several of the children she became particularly attached to have come into contact with her 35 years later, and still remember the time they spent with her.

"The people asked for nothing," she recalled. "They were so generous."

One of the children she met in Birni Nkonni, where she spent much of her time, is now a reporter in Saudi Arabia. Harouna Amani works for the International Islamic News Agency in Jiddah, but keeps in frequent touch with family and friends in Niger. He found DeMaio's e-mail address through the Peace Corps, and contacted her recently, rekindling a friendship that began when he was a child.

Through Amani, DeMaio learned more about the horrific conditions facing the people she once lived among. Last year's drought caused a severe crop loss, meaning there are no food stores to depend upon until this year's rainy season brings more food.

Food aid, when it does arrive, is being sold rather than freely distributed, according to DeMaio's contacts in Niger. She wanted to find a way to get food directly into the hands of those in need, so she and Amani arranged to get money to friends in Niger, and then cross the border into Nigeria to buy food and bring it back to Birni Nkonni and into the hands of families.

"I want to get food to people ASAP," she said. "There are no intermediaries, no aid workers, no money spent on mailings."

While it is risky to go outside of an aid agency, DeMaio is confident in the abilities of her old friends to get the food quickly to those who need it most. She's so confident that she's sending her own money, and has gathered support from parishioners at St. Mary's Catholic Church in Corvallis, where she made a plea after masses last Sunday.

"They were very generous in their initial contribution," she said.

Money is still coming in, and she's hoping the larger community would be interested in contributing as well. She believes giving direct aid is the best way to help, given the dire situation.

Her biggest concern is the high death rate among infants, already vulnerable in the best of situations.

"Without children, they have no future," she said. "No hope."

This story has been posted in the following forums: : Headlines; COS - Niger; Service