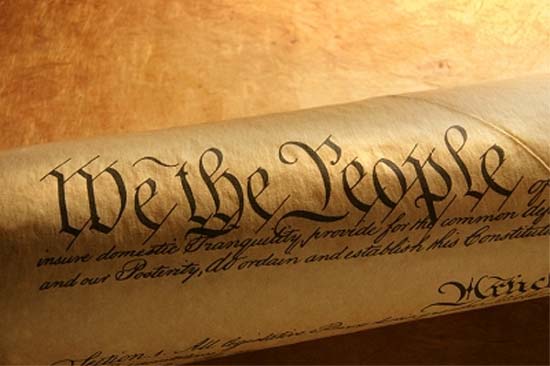 "Agree or disagree with the president's assertions of imminent danger lurking everywhere, it is certainly a subject worth talking about and analyzing in the land of the free."

NEW YORK -- "Over the last year, The New York Times has twice published reports about secret anti-terrorism programs being run by the Bush administration," began a Times editorial last week. "Both times, critics have claimed that the paper was being unpatriotic or even aiding the terrorists ..."

The editorial went on to conclude that it will continue to provide information it believes the public needs. So what else is new?

On the same day, last Thursday, The Washington Post published a report by Charles Babington and Michael Abramowitz under the headline: "Bush Seeks to Use Media Leaks to His Advantage -- Attack on Newspapers Continues ..."

So what else is new?

This: The San Diego Union-Tribune, one of the steadiest Republican papers in the country, last Wednesday began its lead editorial under the sarcastic headline "Smash the Presses."

That one began: "Newspaper reporters and editors make judgments every working hour about what they will deliver to their readers. When it comes to national security, this demands a careful balancing of the public's legitimate right to know against the government's legitimate need to protect state secrets. When these two interests collide, as they often do, the First Amendment bars the government from muzzling the press."

Interesting, even obvious. But then the Union-Tribune, which was once considered a training ground for President Richard Nixon's press spokesmen -- most notably Herbert Klein and Gerald Warren -- went back over the history of Nixon's attacks on the press.

The editorial discussed the attempt to prevent The New York Times from publishing the Pentagon Papers, the official but secret history of the Vietnam War, and concluded that the Times was right and the president they so enthusiastically supported was wrong. "History," said the Union-Tribune, "shows the public interest was served."

Then the San Diego paper, which published the same information the Times did about the Bush administration's secret (and possibly illegal) vacuuming of telephone calls, e-mails and bank records, continued: "The Times and other publications, including this one, were entirely correct that the public's right to know about the bank-tracking program -- which raises important questions about individual privacy and the president's power to act without judicial oversight -- outweighed the Bush administration's claim of secrecy."

Indeed. So what is happening that tends to bring voices of freedom, patriotic voices of the left and right, together in the press? The answer is that the official loyal opposition, the Democratic Party, has generally dropped out of the debate -- even of government. Yes, the Democrats (or liberals, if you prefer) are out of the White House and in the minority in both houses of the Congress.

That is a problem for them. But a worse problem for all of us is that they have, in general, kept their big mouths shut as President Bush moves steadily ahead in using the war on terror to turn the freest nation in history into a police state. Big Brother is watching and listening.

The Democrats' cynical refusal to engage in the battle for liberty at home in the name of transplanting it in far deserts and mountains has left the press as the only opposition to the White House's spreading power and abuse of legitimate authority. That is why the president and his vice president and their armies of lawyers are after reporters and anyone else in the press.

But the press is no political party. We destroy ourselves by being forced to take sides -- or being unable to find named sources on the "other" side on subjects such as illegal spying, torture and intimidation of the citizenry -- because, as the Post headlined, a president can use media leaks to his advantage. And he is. We would be delighted to use other voices, elected voices in the Congress, but their timidity leaves us doing what they should be doing.

Agree or disagree with the president's assertions of imminent danger lurking everywhere, it is certainly a subject worth talking about and analyzing in the land of the free.

Years ago a great editor, Ben Bradlee of The Washington Post, a key figure in the Pentagon Papers case and then in Watergate, gave the commencement address at Duke University. As I remember it, he gave a ringing but serious endorsement of freedom and all things Jeffersonian, and then, as he ended, he took a step back, leaned into the microphone and said: "We're leaving you a great country. Don't screw it up!"

Well, the people running it now are screwing it up -- big time!

This story has been posted in the following forums: : Headlines; First Amendment; Journalism