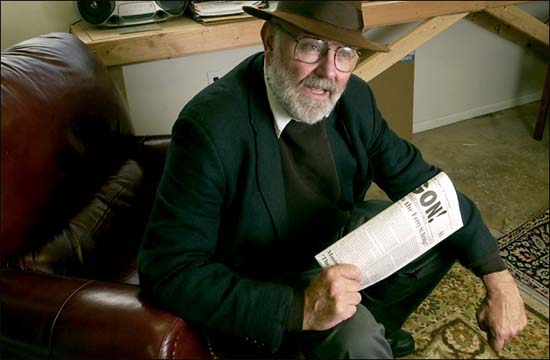 By Sherri Buri McDonald
The Register-Guard

A start-up newspaper whose motto was "The Oregon newspaper that tells it like it is," won't be telling anyone anything anymore.

The Feb. 3 issue of the left-leaning weekly will be its last.

In the end, it was all about money - or, not enough of it.

"I'm out of money, and out of business," Anderson wrote on the front page of Thursday's issue.

"I could borrow but I have no way of paying it back," he admitted. "Start-up costs were quadruple what I'd expected."

Anderson could not be reached Friday evening for comment. The newspaper's phone number is out of service.

In his statement in AVA Oregon's final issue, Anderson speculated that his fledgling paper would have caught on in about a year had he had the money to sustain it until it became self-supporting. Anderson pledged to give refunds to recent subscribers "when I've cleared away the accrued financial wreckage," he wrote.

Anderson said that he will stay in Eugene and help edit his former paper, the Anderson Valley Advertiser, based in Boonville, Calif.

"I will also be working on some writing projects independent of journalism," he said.

This story has been posted in the following forums: : Headlines; COS - Malaysia; Journalism