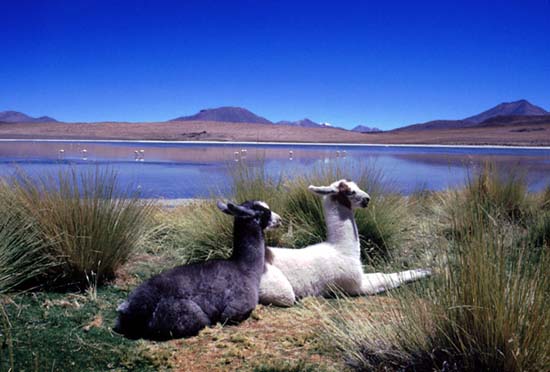 In 2002, she returned to Bolivia, Equador and Peru, working primarily in La Paz on the same kinds of health projects she had become something of an expert on.

Marlboro – Melissa Quimby knows her time at the family farm is short and precious. By next week, she may be headed for Sri Lanka. A few months ago, she was in Kenya.

The only way anyone in her home town had even a fleeting chance to recognize her lifetime of humanitarian work on behalf of the poor all over the world was when Melissa was laid up with a leg embolism. Too much air travel had gotten the best of her, and her doctors demanded she stay put for at least six months.

So it was back to the family farm, where her father raises livestock and grows wine grapes and raspberries.

Quimby, 39, was honored as a "Woman of Distinction" by state Sen. Bill Larkin (R-C Cornwall) on June 14 at an awards ceremony in Albany.

"There are remarkable women in our midst whose lives, work or special accomplishments contribute to making our communities better, our families stronger, our world more enriched, and serve as outstanding examples to others," Larkin said.

Quimby first taught English in Taiwan before joining the Peace Corps in 1993. She went to Bolivia to teach farm skills and develop water and sanitation systems in Cochabamba. Later she directed the International School, where she organized educational programs for underprivileged children and helped open a community health clinic and a library.

A friend advised her that it was time to return to New York, where she got her master's degree in public health from Columbia University.

"My plan was always to go back to international work," Quimby said.

"I started with food distribution and then went into redevelopment work. Here was another opportunity to bring in water systems, latrines and health projects. We changed people's lives. Everything else pales in the face of that," Quimby said.

In 2002, she returned to Bolivia, Equador and Peru, working primarily in La Paz on the same kinds of health projects she had become something of an expert on.

She then spent a year in Kenya. "I was always on a plane. I developed a blood clot. The doctors said I would be out of commission for at least six months. In August, my contract ended so I came back home to convalesce," Quimby said.

For the first time in 16 years, she had to focus on her own health and well-being. She began looking for work in New York, but realized her skills had been honed for international crisis situations. With her doctor's OK, she took a vacation in Florence to learn Italian.

"I was in Florence when an article about me appeared in the Post Pioneer. Senator Larkin's office talked to my family. I knew nothing about it until I came back. It was a great surprise," Quimby said.

The Woman of Distinction awards ceremony was a welcome acknowledgment of her 16 years of public service. Resting at her family's farm and playing with her nieces and nephews restored her energy, but the wheels of her own personal fate beckoned.

Next week, she finalizes plans with the American Red Cross to fly to Sri Lanka, where she will help with the continuing needs of tsunami victims there.

Quimby climbs a hill with her nieces to her favorite spot on the family farm. Below, her father tends the vineyard and her sister directs a small army of young relatives harvesting raspberries nearby. She hums a Carpenters' song:

And that creation will take her wherever she's needed in the world.