Direct Relief International has furnished over $30 million in direct aid 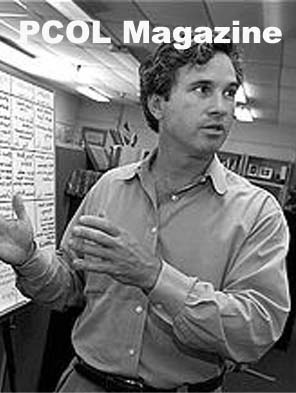 Thomas Tighe, the head of Direct Relief International, was formerly the Chief of Staff of the Peace Corps and served as a Peace Corps Volunteer in Thailand.

Direct Relief International has furnished over $30 million in direct aid

June 24, 2005, Santa Barbara, Calif. – Six months after the South Asian tsunami on December 26, 2004, Direct Relief International has furnished over $30 million in direct aid to the region and remains intensely involved in efforts to address both current and long-term needs.

More than 250,000 people were killed by the tsunami, which also displaced millions more people in coastal areas and caused enormous loss of property, livelihoods, and infrastructure.

Among the first international groups to respond in December, Direct Relief has furnished over 126 tons (252,000 lbs.) of medicines, supplies, and medical equipment to the region through 42 shipments to Indonesia, India, Sri Lanka, and Somalia. These materials contain over 3.2 million courses of treatment and have a wholesale value of over $25.2 million.

In addition, the organization has provided over $5.6 million in cash grants to international nongovernmental organizations and local organizations within the countries to address emergency needs and to rebuild housing, water systems, and health facilities.

Direct Relief received over $12 million in cash contributions to aid tsunami victims from over 30,000 individuals, companies, and foundations in the weeks following the tsunami. The organization adopted a strict policy of using 100% of all tsunami contributions for direct tsunami expenditures only, and is absorbing all administrative costs associated with the tsunami response.

In early April, Tighe met with Sri Lanka’s Minister of Health, the Vice Chairman of Health for Aceh Province in Indonesia, and dozens of local officials from government and nongovernmental organizations in Indonesia, Sri Lanka, and Thailand to coordinate response activities.

Direct Relief’s tsunami response efforts, consistent with the organization’s philosophy, are to strengthen and rebuild the local health infrastructure while keeping its own organizational expenses to a minimum.

“Those who have most at stake are the people who will always live in these countries, and Direct Relief is committed to providing these local groups and leaders with the resources given to us for their benefit,” said Tighe.

+ Financing the construction of 34 primary healthcare centers on the tsunami-affected Andaman and Nicobar Islands ($1.7 million grant)

This story has been posted in the following forums: : Headlines; Figures; COS - Thailand; NGOs; Staff; Chief of Staff